Angie Lewin studied BA(Hons) Fine Art Printmaking at Central St. Martins College of Art and Design between 1983 and 1986, followed by a year’s part-time postgraduate printmaking at Camberwell School of Arts and Crafts.

After working in London as an illustrator she studied horticulture and a move to Norfolk prompted a return to printmaking.

Inspired by both the clifftops and saltmarshes of the North Norfolk coast and the Scottish Highlands, I depict these contrasting environments and their native flora in wood engraving, linocut, silkscreen, lithograph and collage. These landscapes are often glimpsed through intricately detailed plantforms.

Attracted to the relationships between plant communities on an intimate level, even the fine lines of insect eggs on a flower bud are observed in my work. Still lives often incorporate seedpods, grasses, flints and dried seaweed collected on walking and sketching trips. A Wedgwood cup designed by Ravilious, may contain feathers and seedheads.

An anthology of garden writing published by Merrell, Garden Wisdom, is illustrated throughout by my prints, and author Leslie Geddes-Brown explains:

“The whole book was, in its turn, inspired by the art of Angie Lewin, who brings her own vision of the natural world to her work.

She sees the beauty in all seasons and all manifestations of plants: the ordered pattern of the blooms, the thrusting energy of the emerging buds, the prolific seedheads and the varieties of shapes, colours and habits to be found in meadow and border.”

I now mainly live and work in Scotland. In 2010 Merrell published a monograph on my work, Angie Lewin - Plants and Places.

As well as designing fabrics and stationery for St Jude’s, which I run with my husband Simon, I have completed commissions for Penguin, Faber, Conran Octopus, Merrell and Picador. I have also designed fabrics for Liberty. 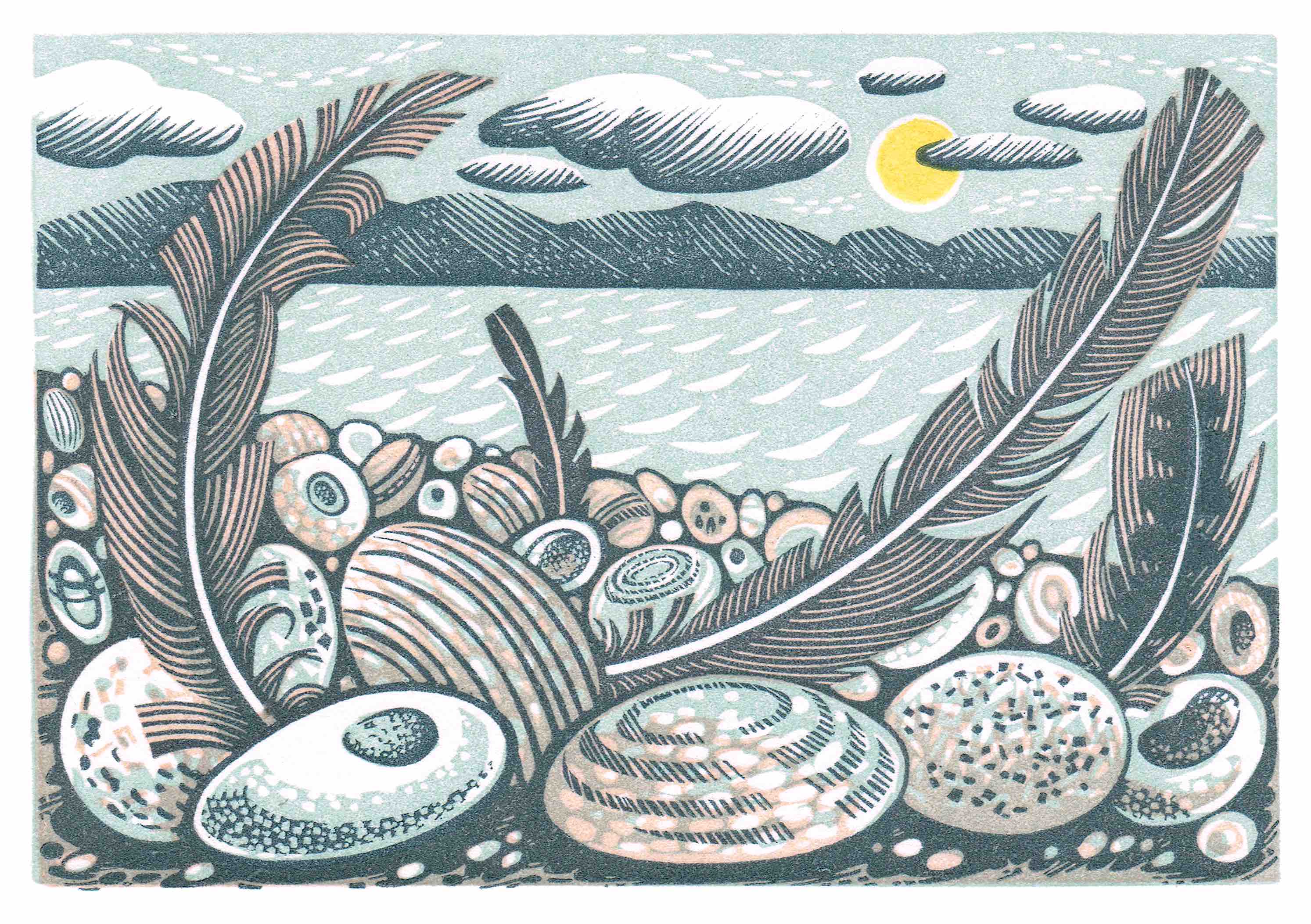 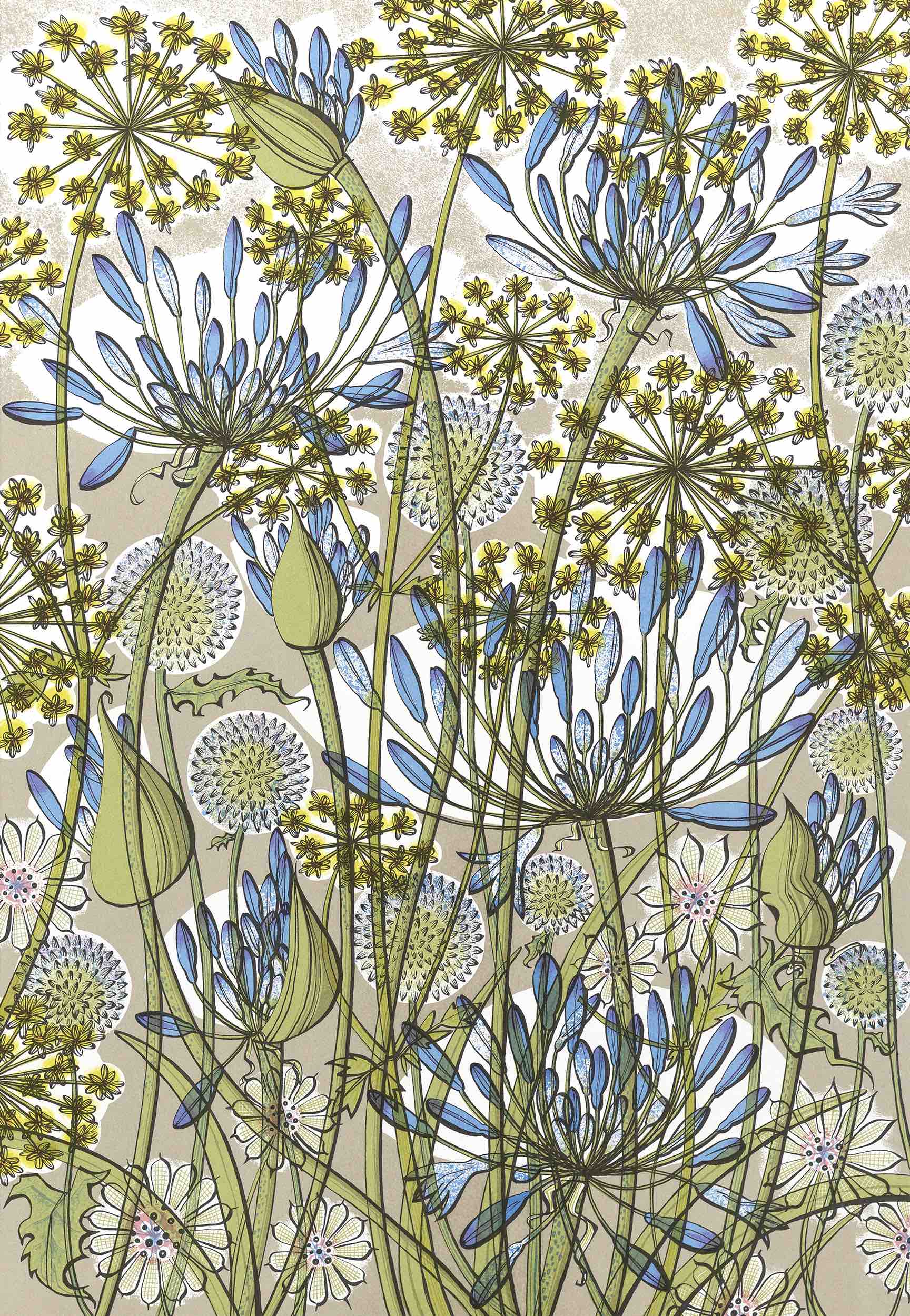 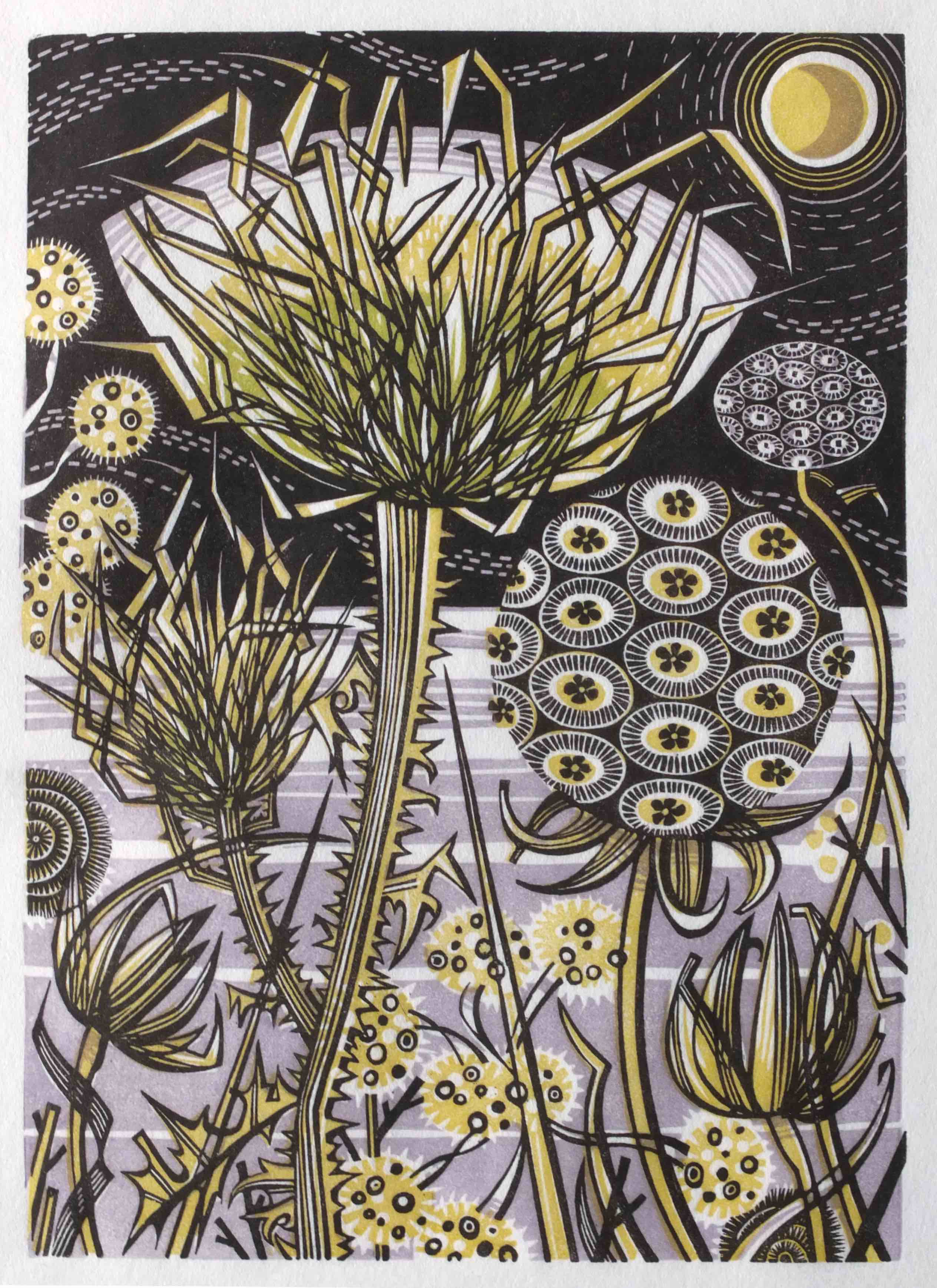 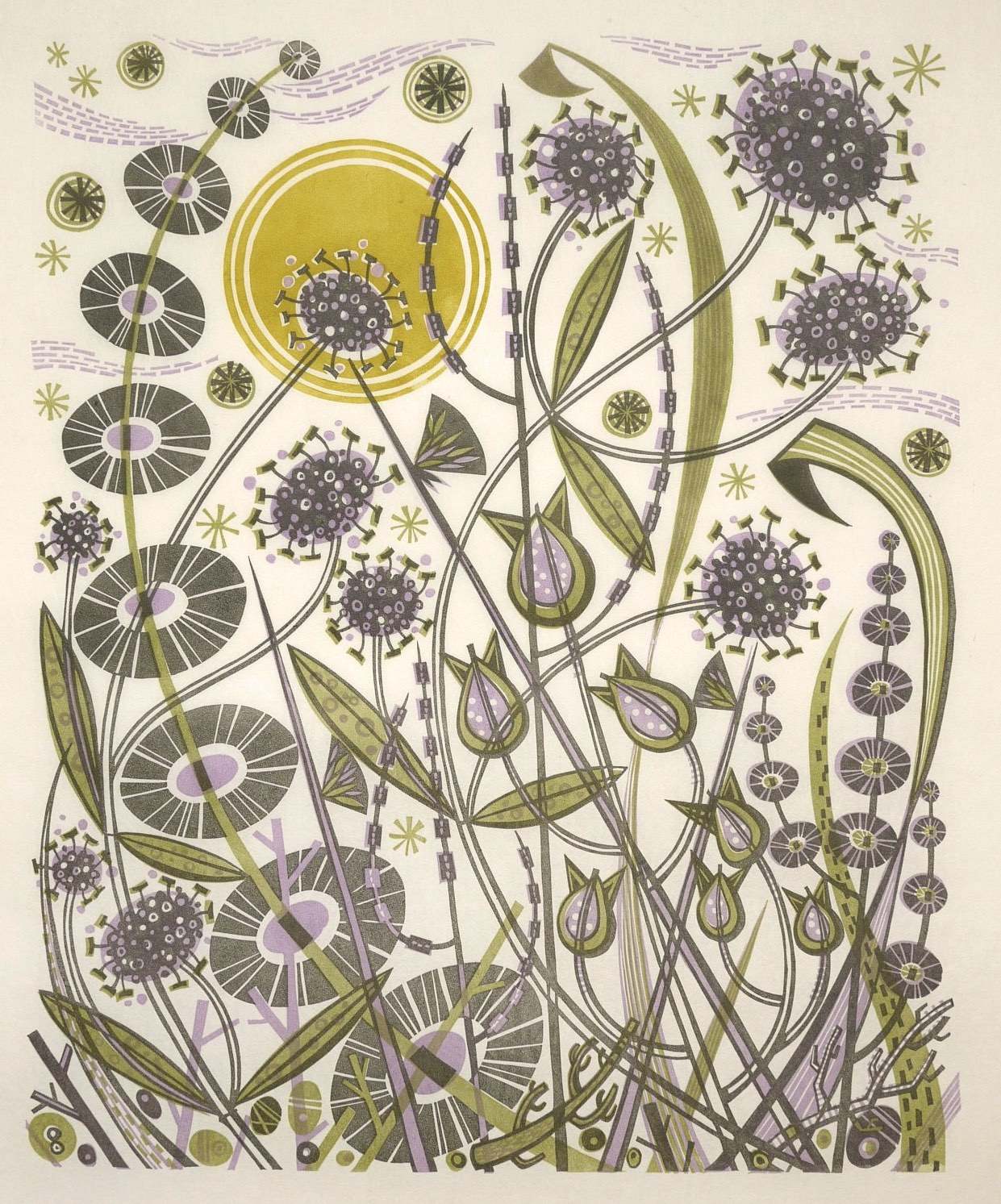 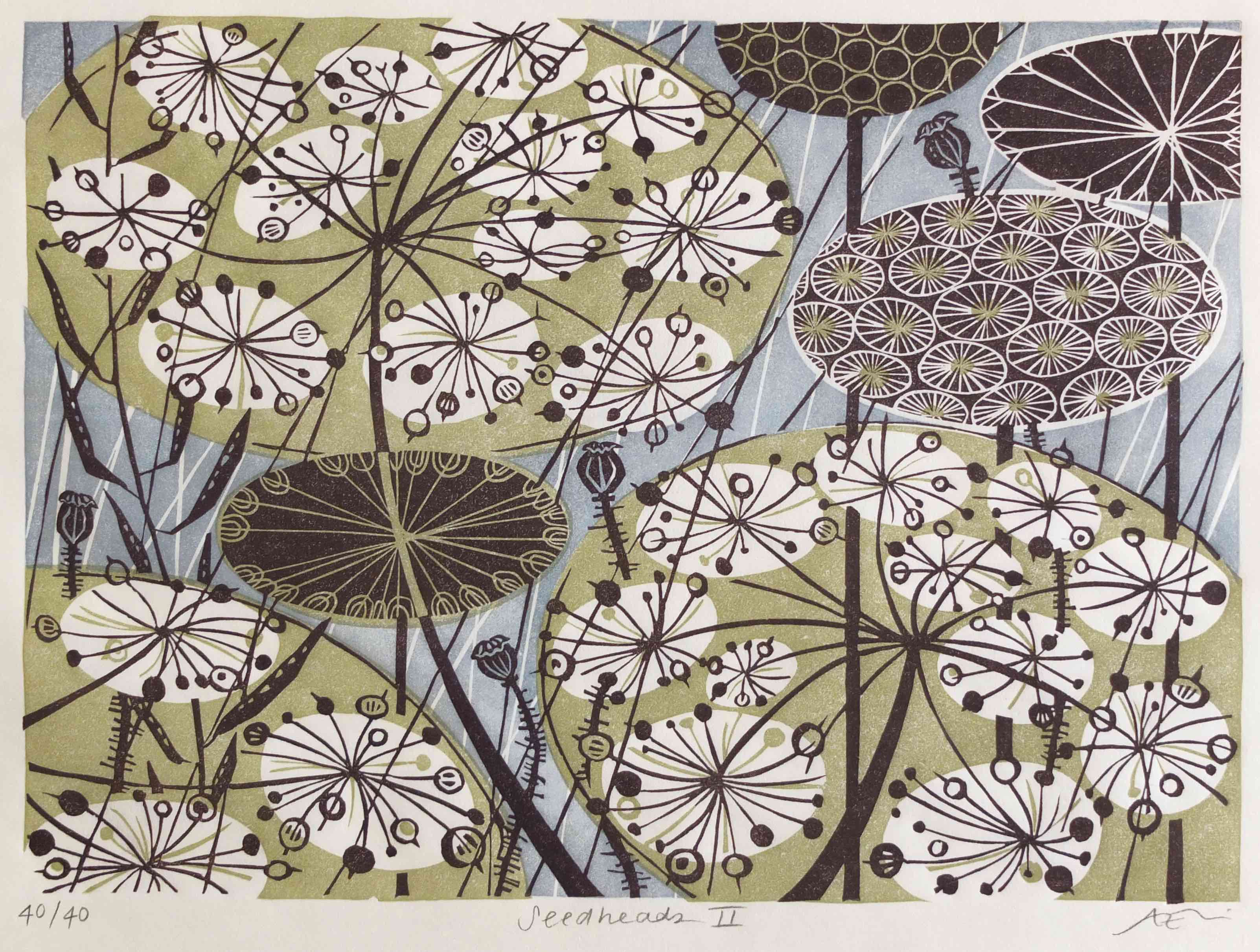 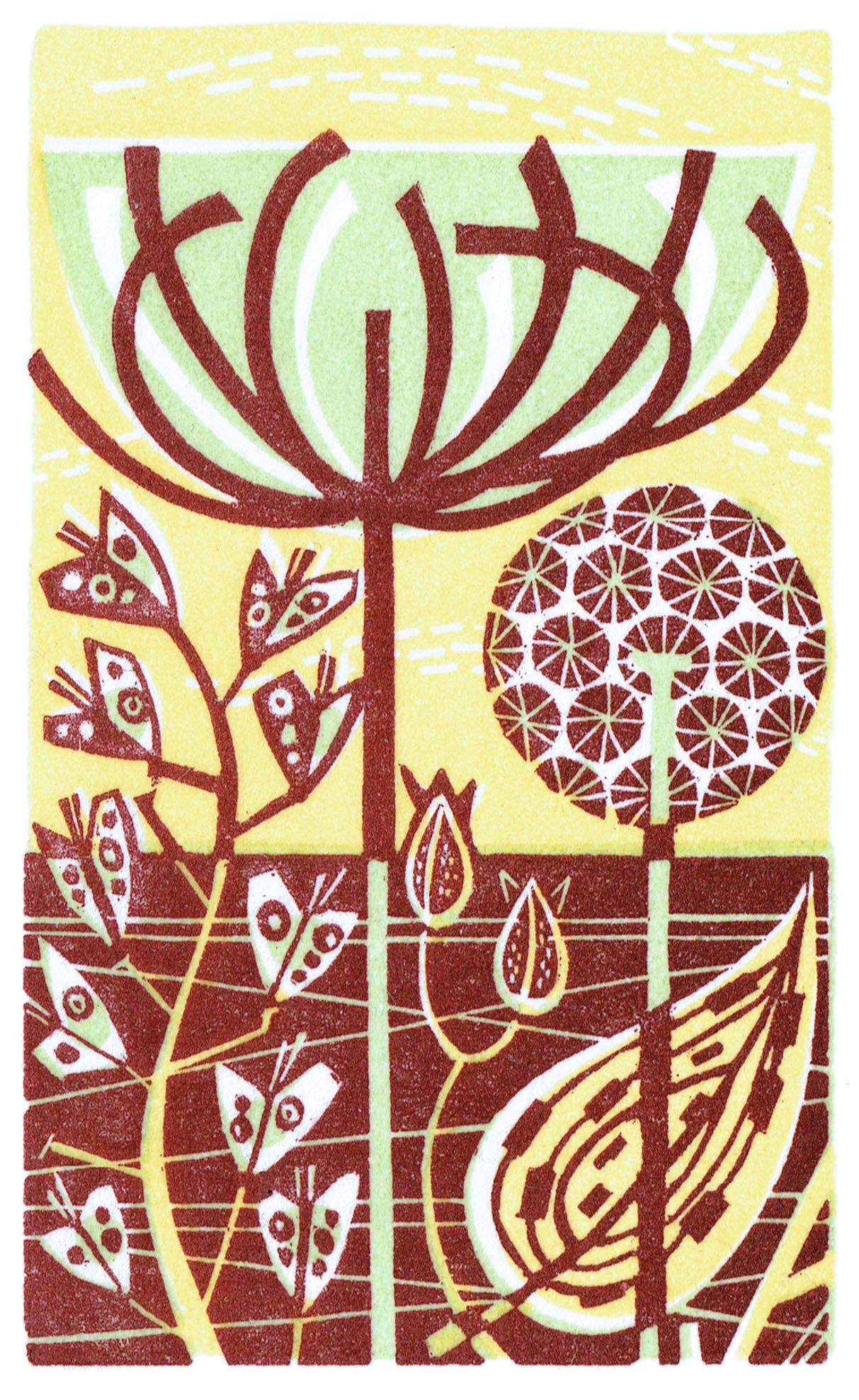 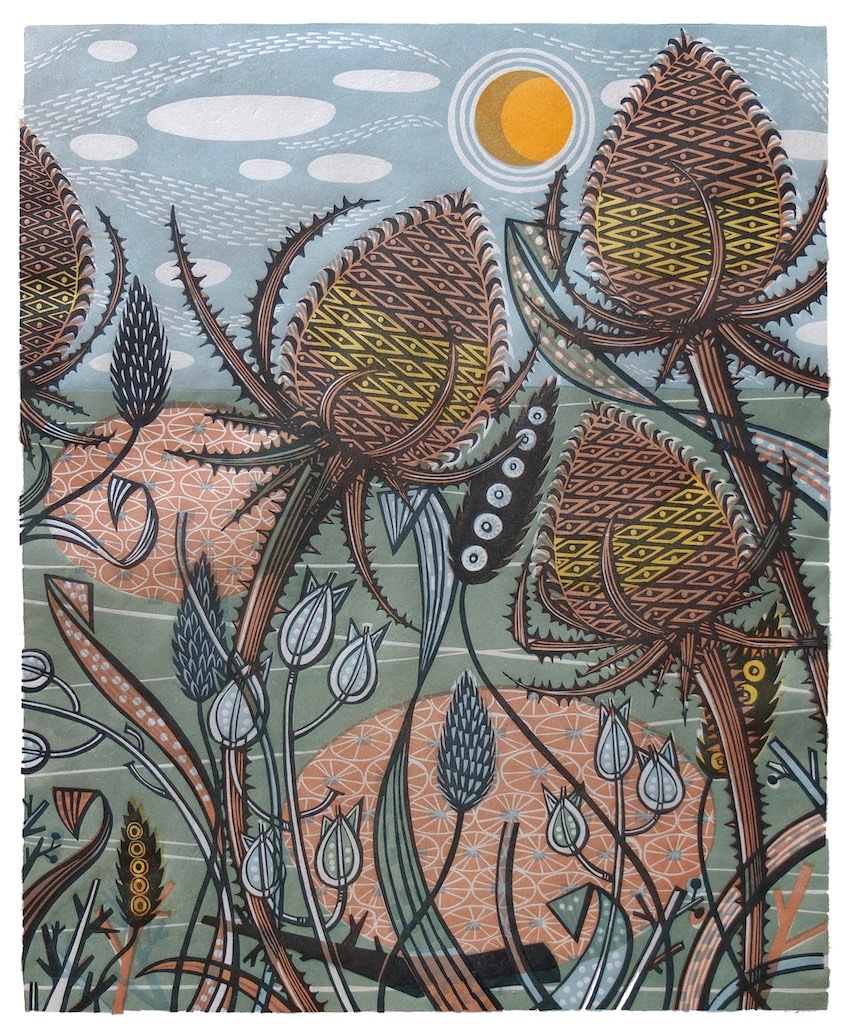 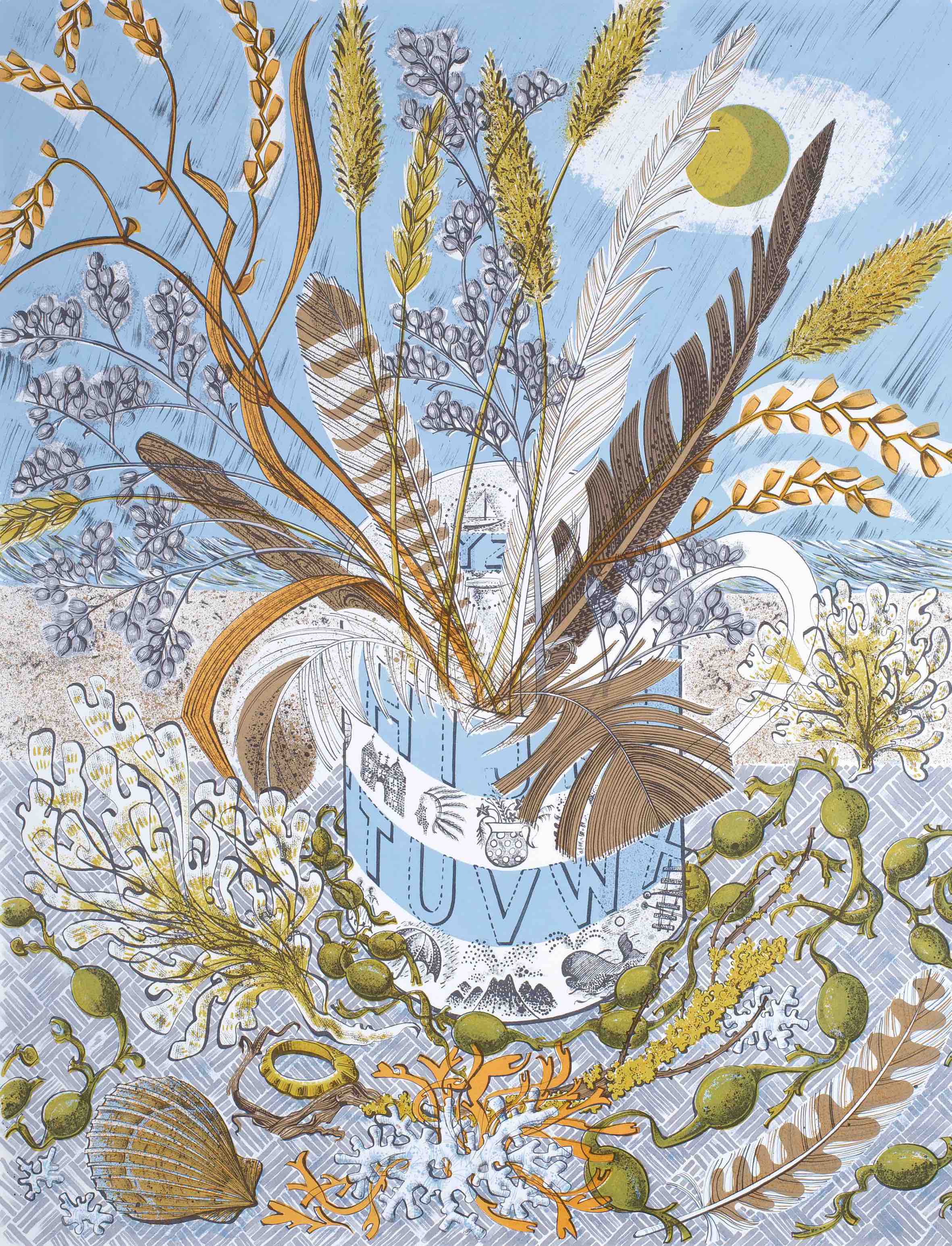 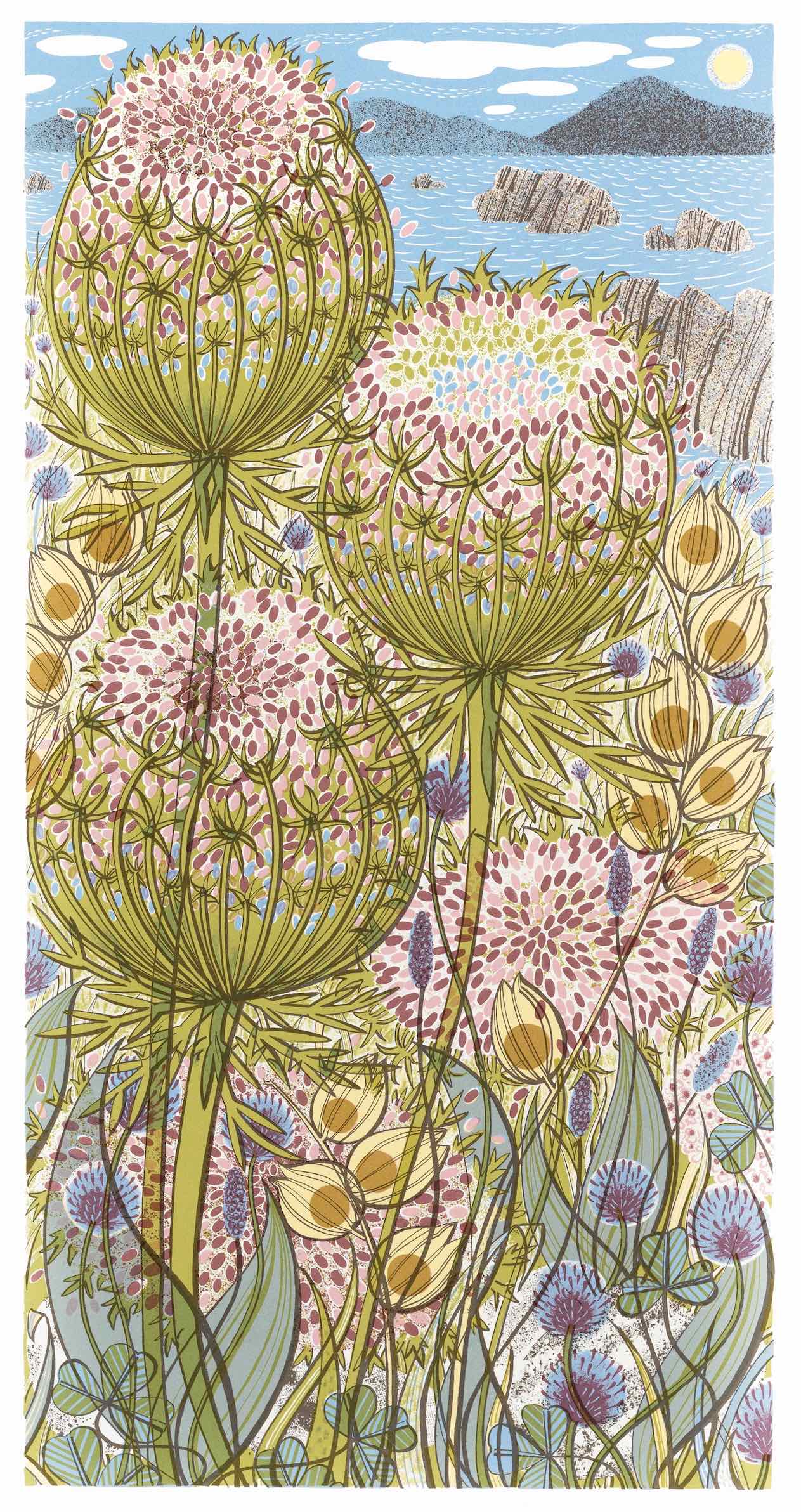