Artist’s statement Tay Bridge Perspectives. 2018. Laser-engraved optician’s testing lenses in a chestnut wood support. I was intrigued by the thought that so many eyes had previously looked through these vintage optician’s testing lenses, and decided to use them to provide different ways of looking at the Tay Bridge, laser-engraving them with distant and close-up imagery of the bridge’s structure.

The works reflect two of my primary interests, the idea of time passing, and the interweaving of cultures. I am interested in trying to show how the heavy and very traditional material of bronze can be used playfully to capture a moment in time. The tradition of paper-doll making is one which is passed down from parents and grandparents, and bronze is used here to capture the ephemeral creations made from paper which last only a day but which live on in memory.

Taking other imagery from the natural world, the movements of skates fascinate me, and I hope I have captured in bronze some of the transient rippling effects produced as they glide through the water, on its surface and on the sea bed.

I am also interested in the adaptation of rare materials, recycling these wherever possible. In adapting them to new uses, such as in my recent works using ebony carvings, Ipay tribute to the original artists who used them in different ways. A similar appreciation of cultural expertise is to be found in ShellShield, which reflects both the armoury of marine life forms as well as the skill to be found in traditional shield making techniques practised by the Nguni peoples of Southern Africa.

I graduated BA First Class (Fine Art) in 2016 and MFA Art and Humanities (Distinction) in 2017 from Duncan of Jordanstone College of Art and Design, Dundee. I am currently studying for a practice-led PhD, concentrating on sculptural and installation works.

The Royal Scottish Academy Ottilie HelenWallace Prize 2018 for the best work by a female sculptor; 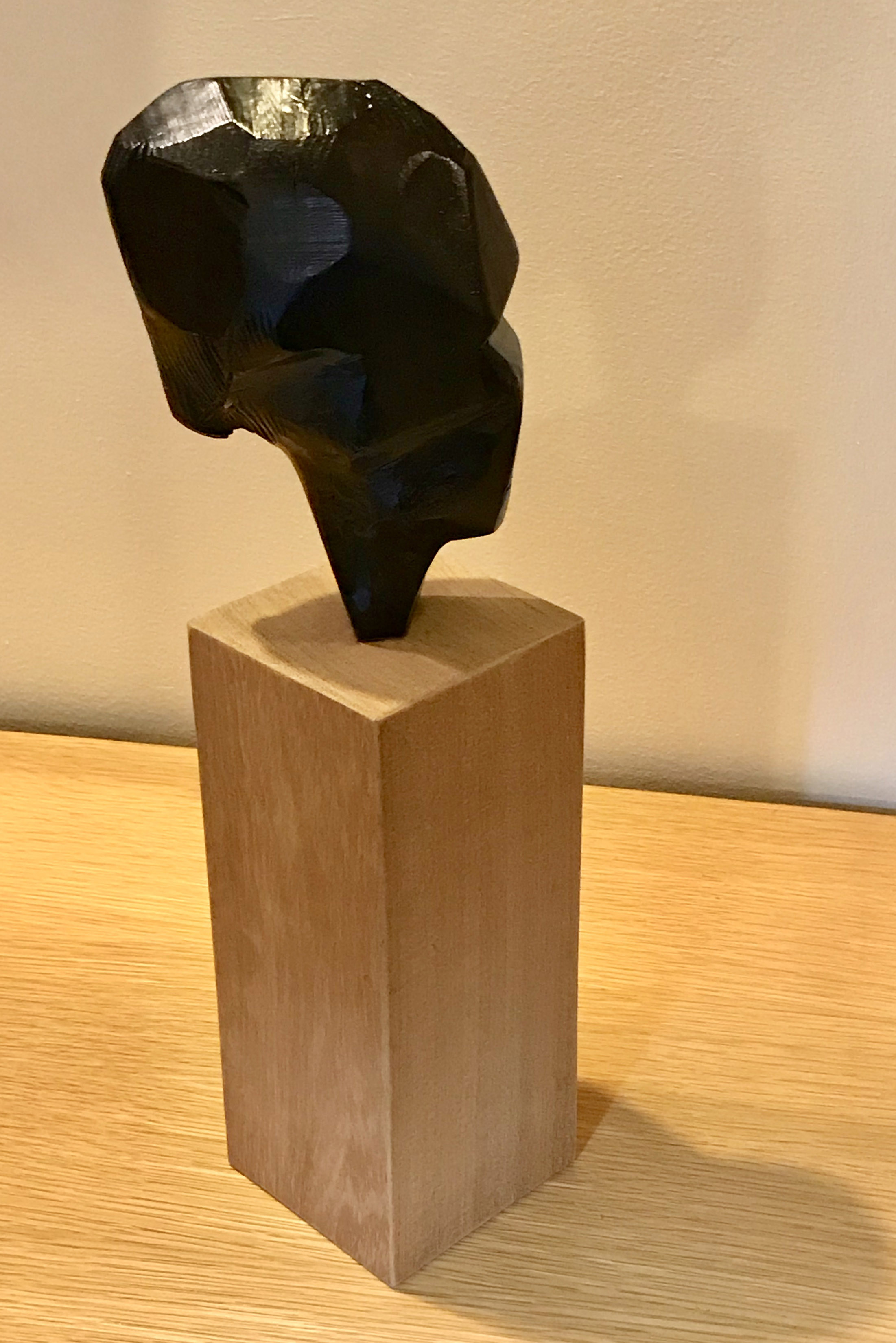 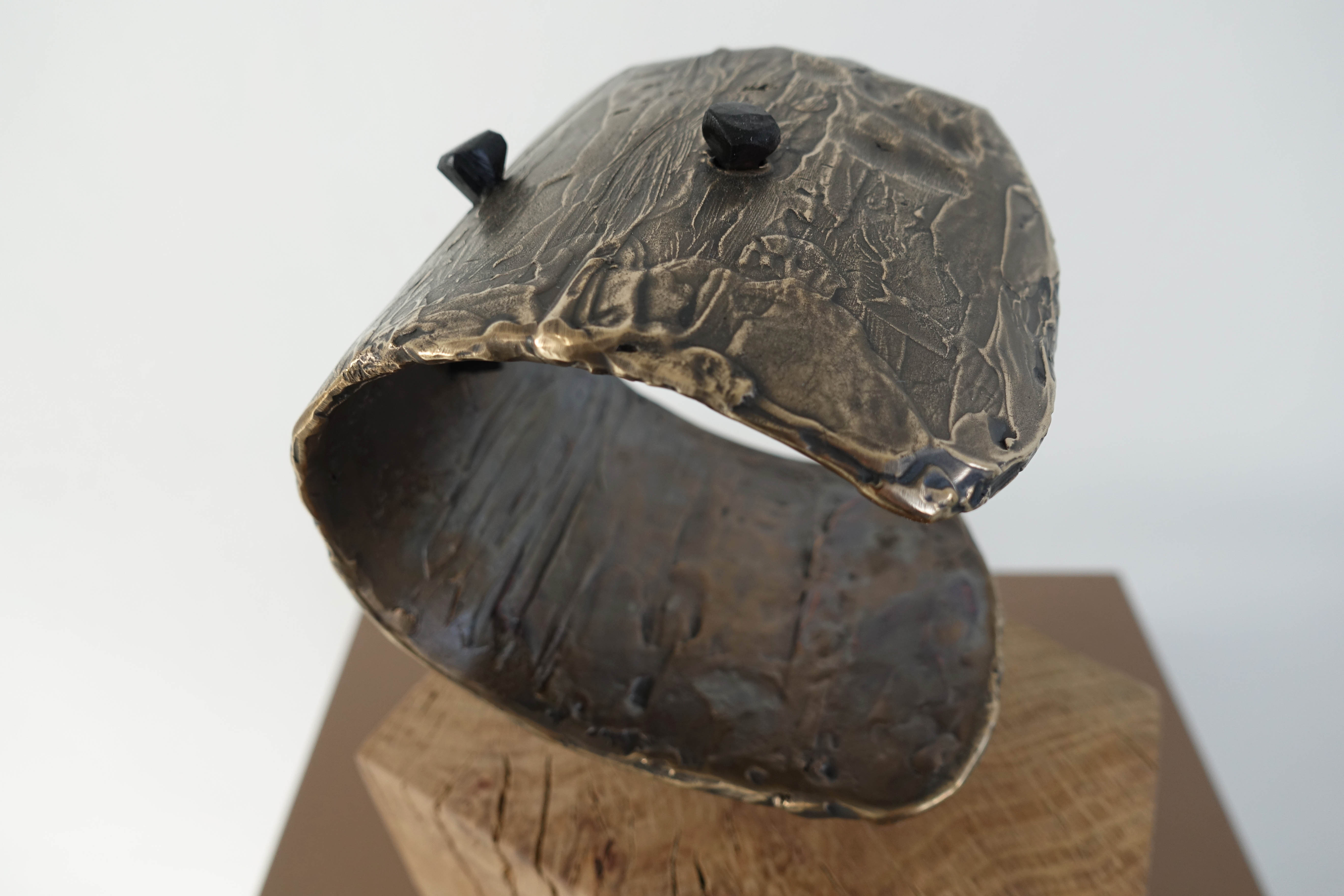 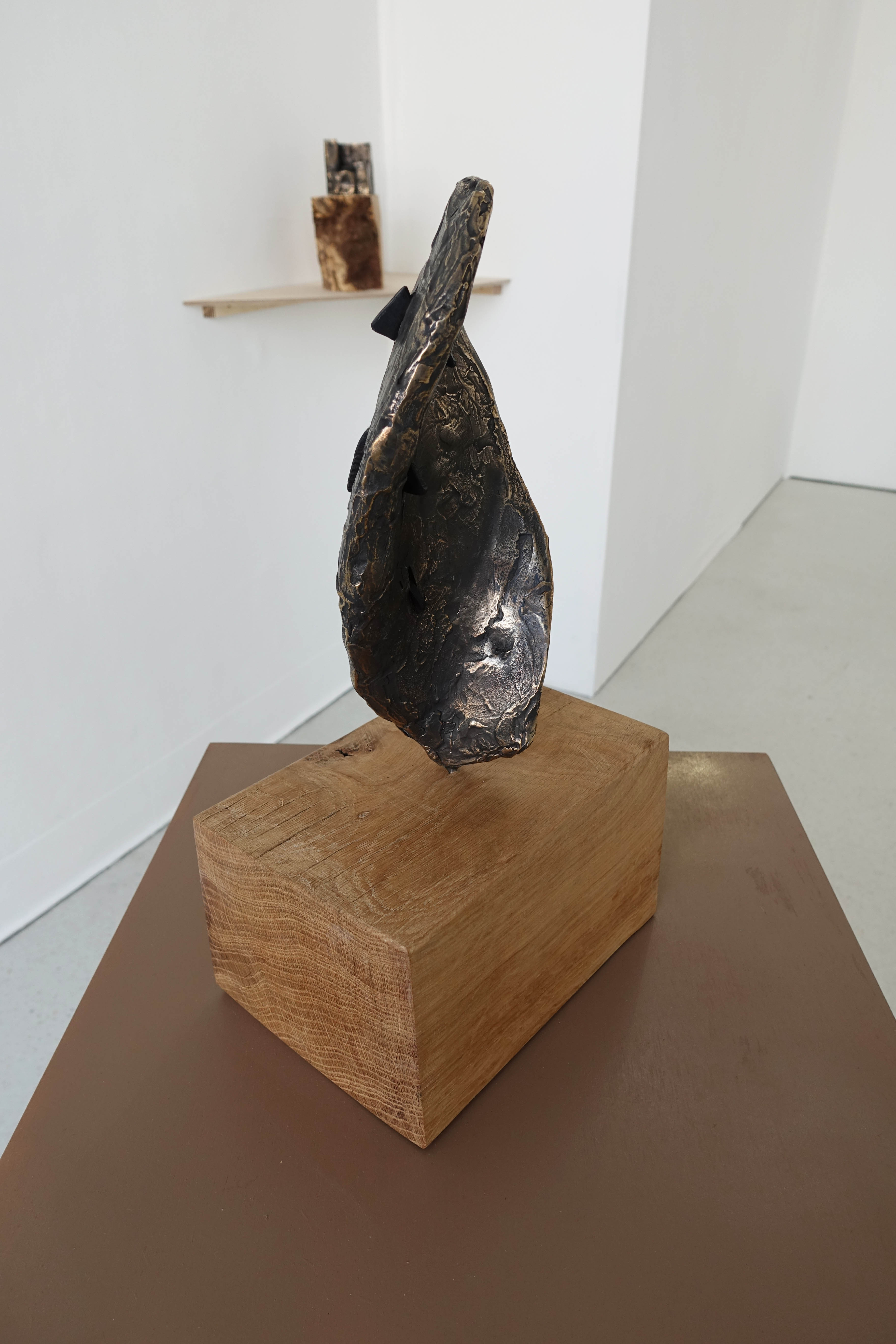 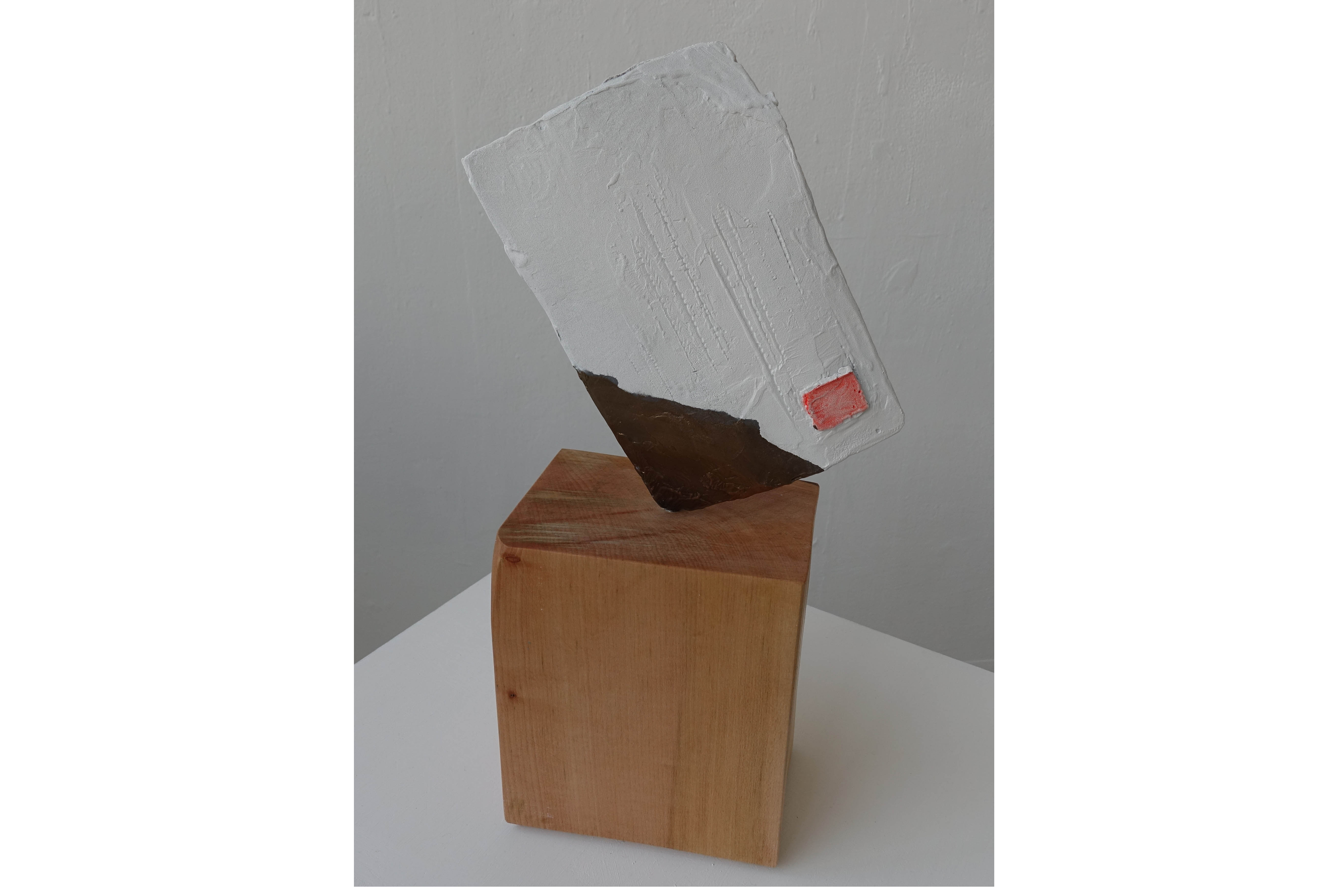 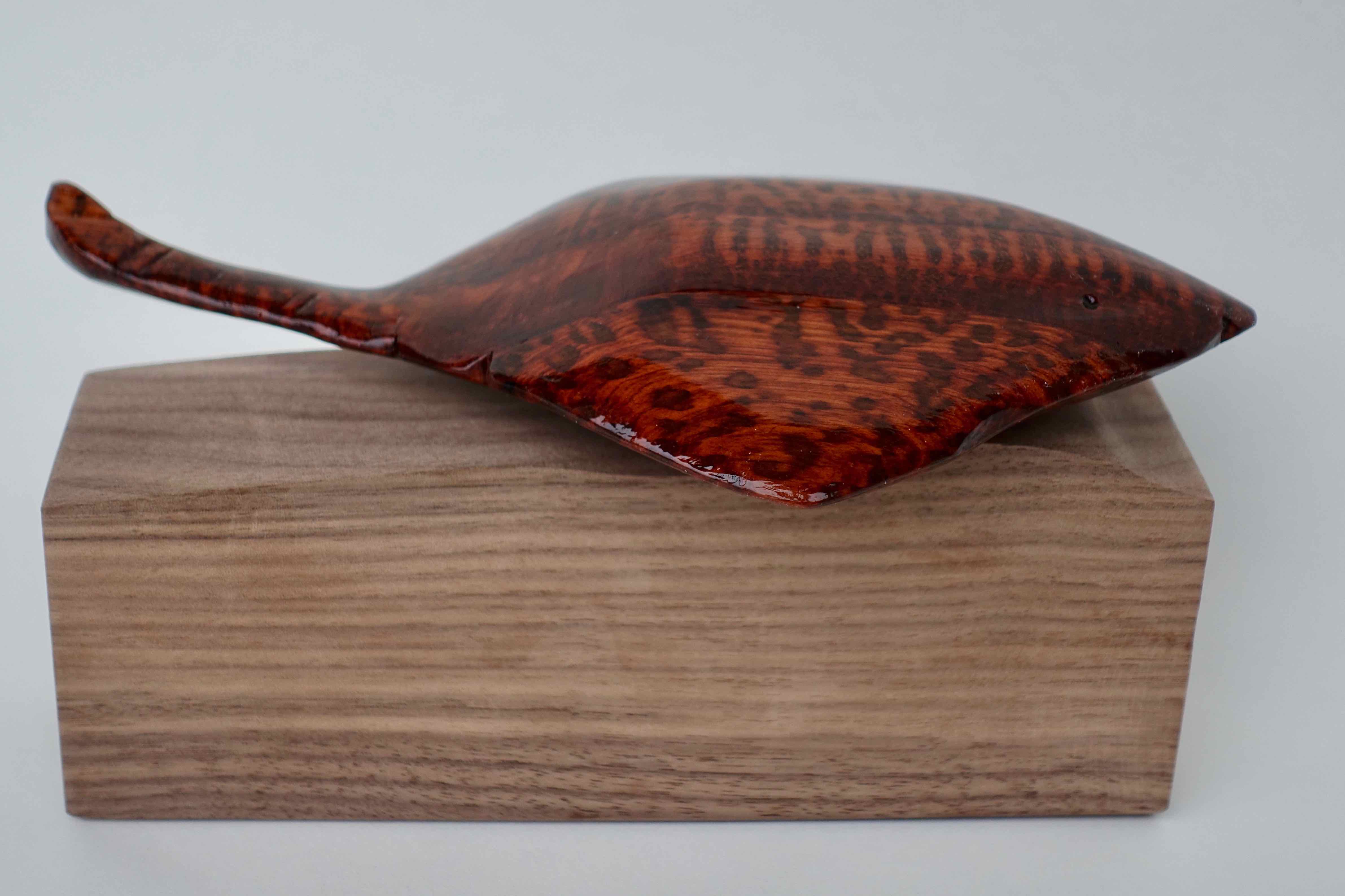 Snakewood on a walnut plinth. 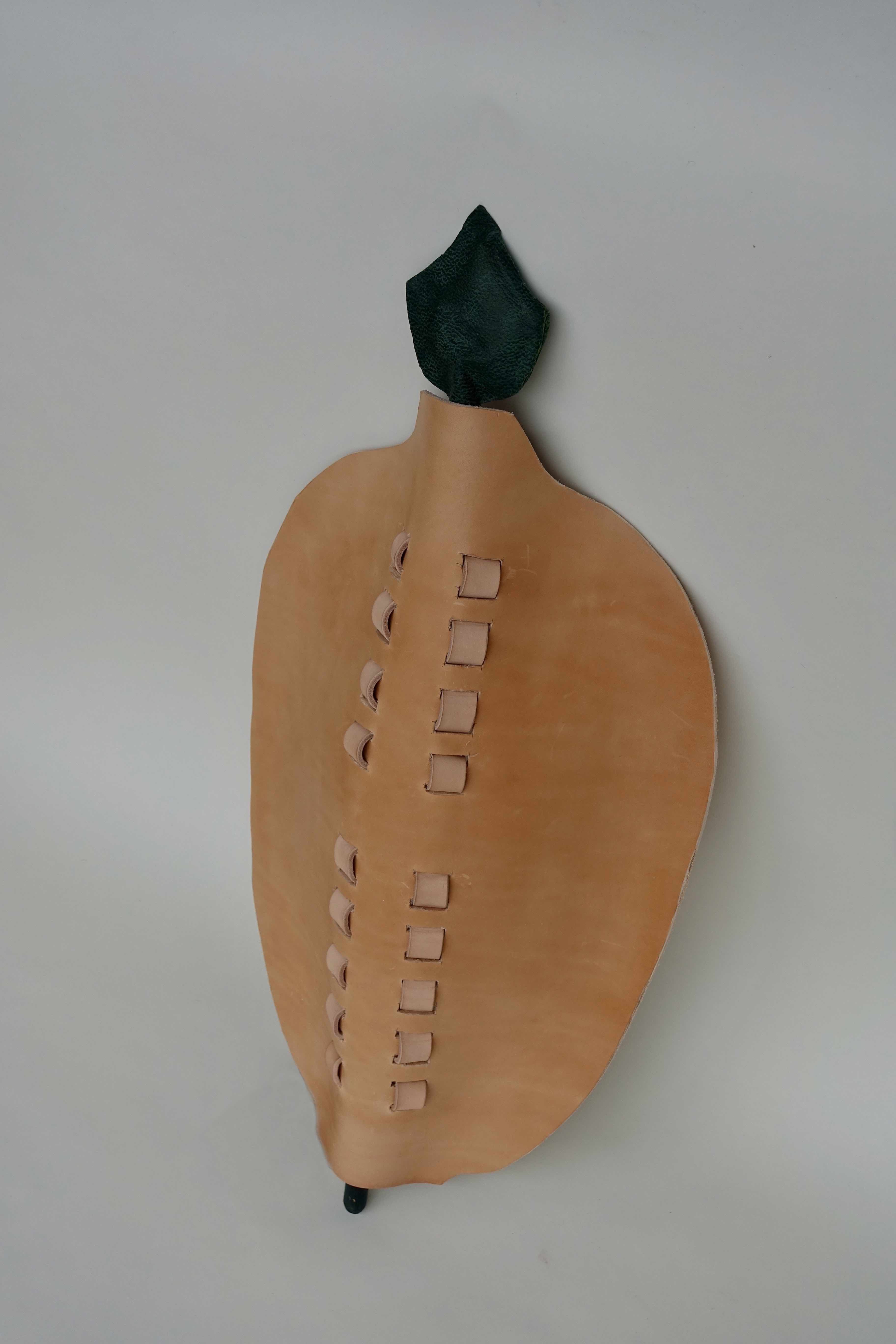 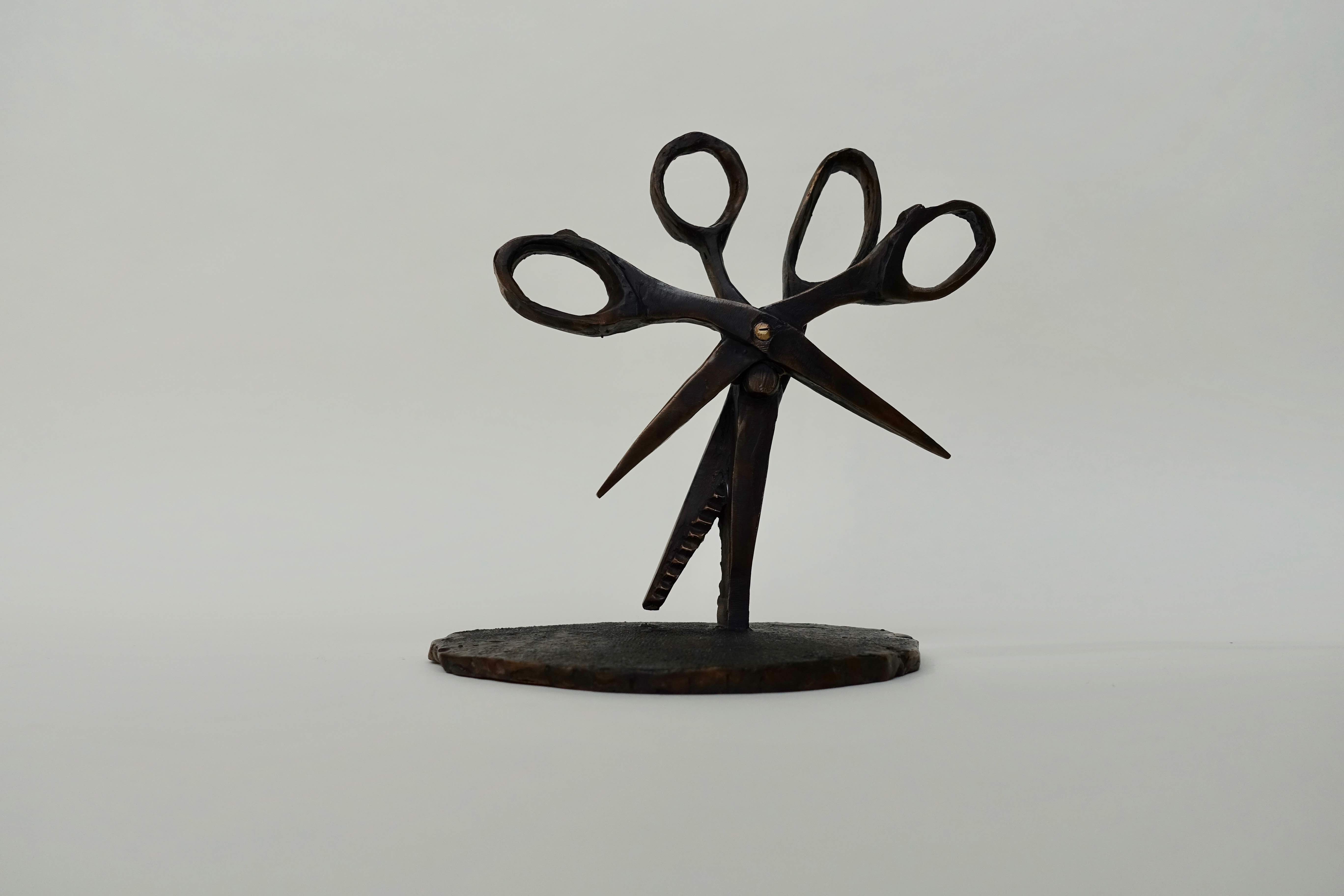 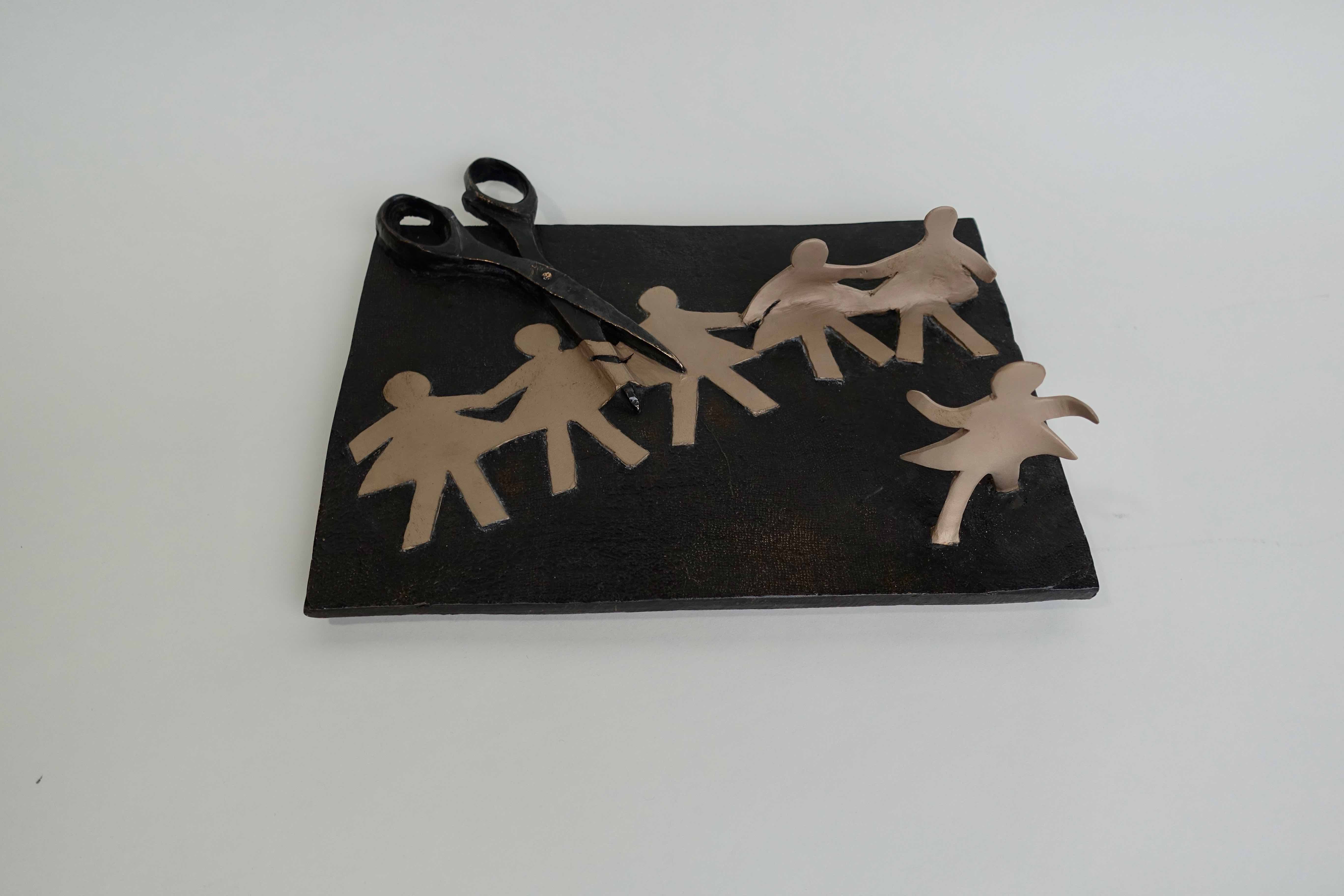 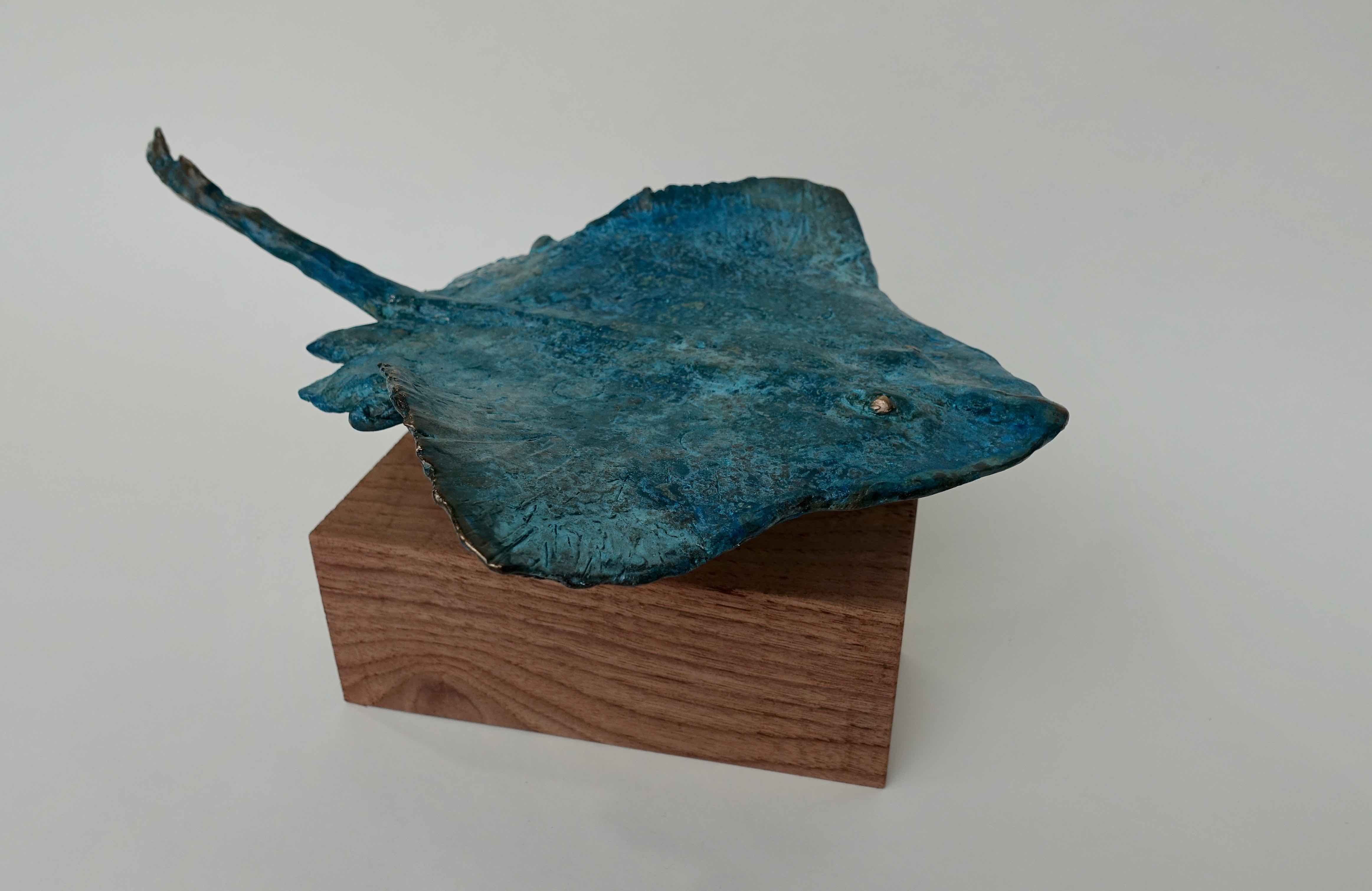