Dawnne McGeachy is an multi-award-winning artist from Campbeltown, Argyll, Scotland, now based in Helensburgh

1994 - MFA - Ohio State University Awarded Phi Kappa Phi for graduating in the top 7% of Masters students studying in all disciplines in the United States.

1994 - MFA - Ohio State University. Awarded Phi Kappa Phi for graduating in the top 7% of Masters students studying in all disciplines in the US.

A graduate of Glasgow School of Art and the University of Ohio, Dawnne's dramatic paintings of the sea are inspired by her father's career as a fisherman on the west coast of Scotland and its affect on her while growing up.

After achieving a special admission to the Glasgow School of Art, Dawnne graduated with a 1st Class Honours with Distinction before being Highly Commended when undertaking her Post Graduate Diploma. She then won a scholarship to America to take a Master of Fine Art at the University of Ohio in Columbus where, in 1992, she graduated Phi Kappa Phi, in the top 7% of all Masters students in the US.

After a break of 15 years, Dawnne began painting again in 2011, quickly gaining recognition by winning Scotland's biggest art prize in 2013, the Jolomo Bank of Scotland Award for landscape painting. Since then she has exhibited at galleries throughout Scotland.

Dawnne was most recently a runner up for the Spectrum Art prize and a group show at the Saatchi Gallery in London.

“Dawnne’s subject is the logical formation of waves, yet her paintings are extremely sentimental and have the ability to hold your emotion.” - Charming Baker, Artist

“It is very hard to paint water realistically, Dawnne has done just that.” – Richard Billingham, Photographer/Videographer

“Dawnne feels the need to understand the forces on the waves through mathematics and the Beaufort scale, she has spent considerable time researching this.” – Mary Simpson, CEO of Spectrum

“The wave is held up, not by the eye, but by science and rationale.” – Sacha Craddock, Art Curator

“Diagrammatical accounts of the progress of the tide and the moon lie beneath Dawnne McGeachy’s powerfully painted representations of a wave as they are about to break. These paintings underpin, with force, the fact that visual representation is made up of so much more than appearance alone.” – Sacha Craddock, Curator

1989 - Bursary in drawing and painting

1990 - Jock McPhie - most outstanding student in drawing and painting

1991 - McClaine and Watters award for painting

1991 - Jock McPhie - most outstanding student in drawing and painting

1992 - Award for most accomplished Master of Fine Art Student 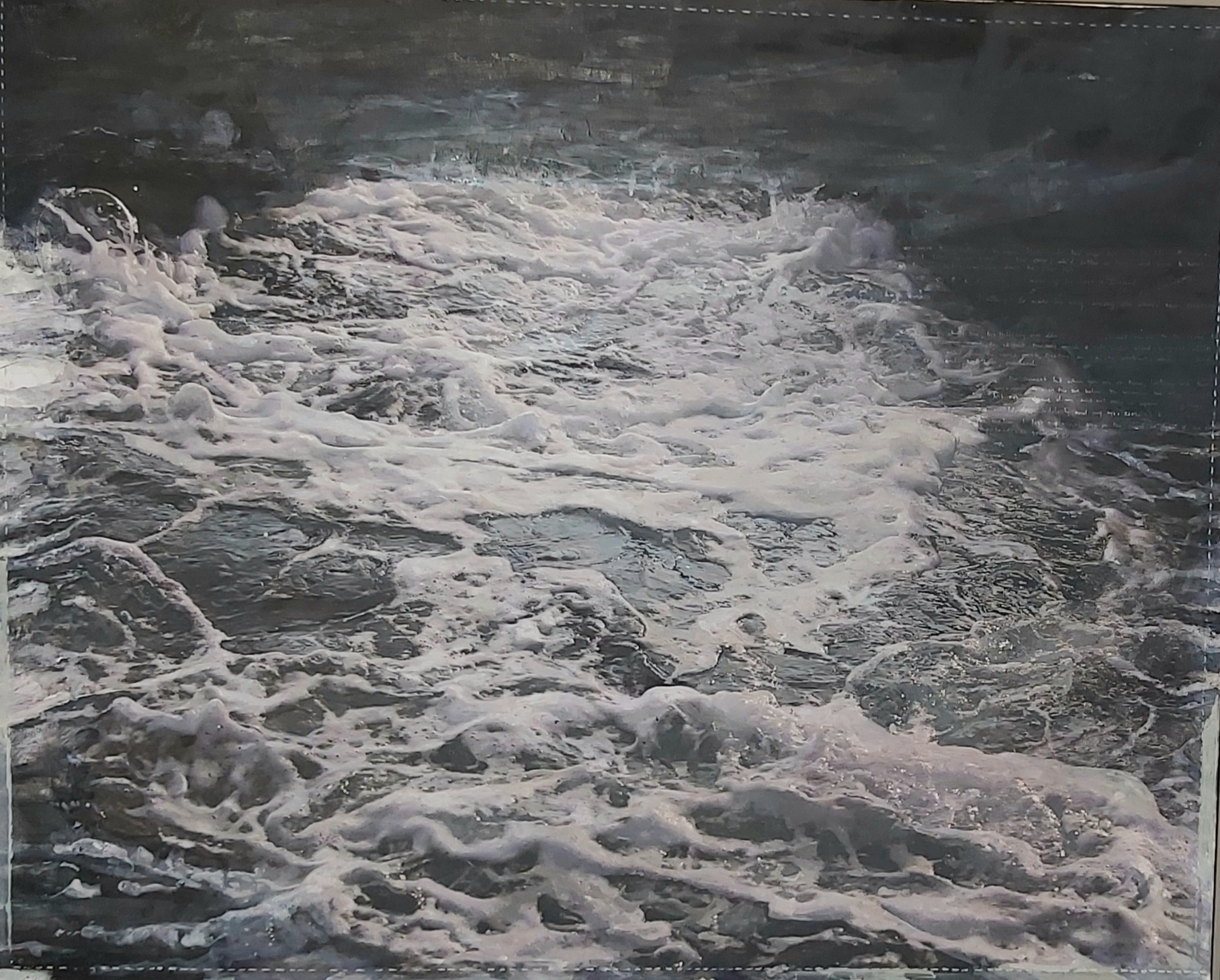 Oil Wax and Ink on Canvas 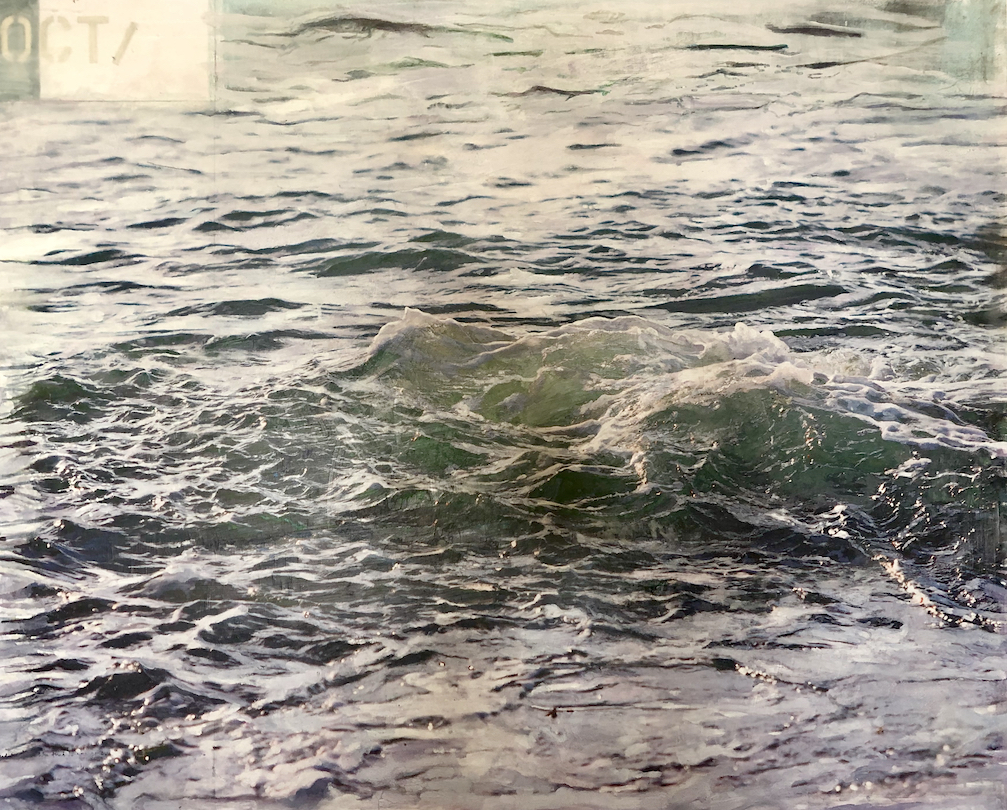 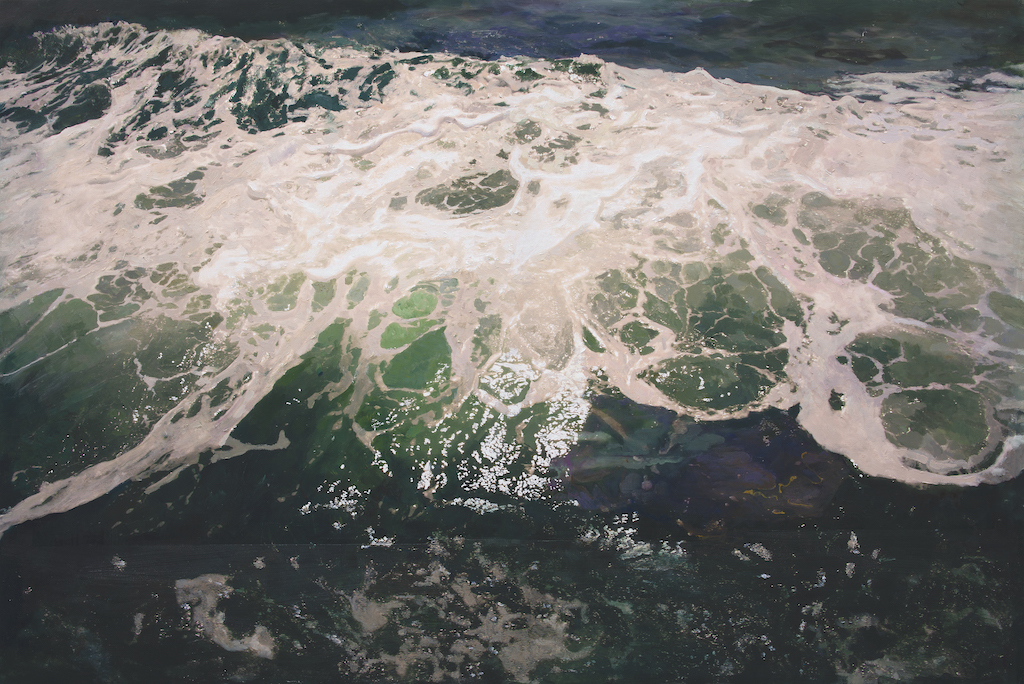 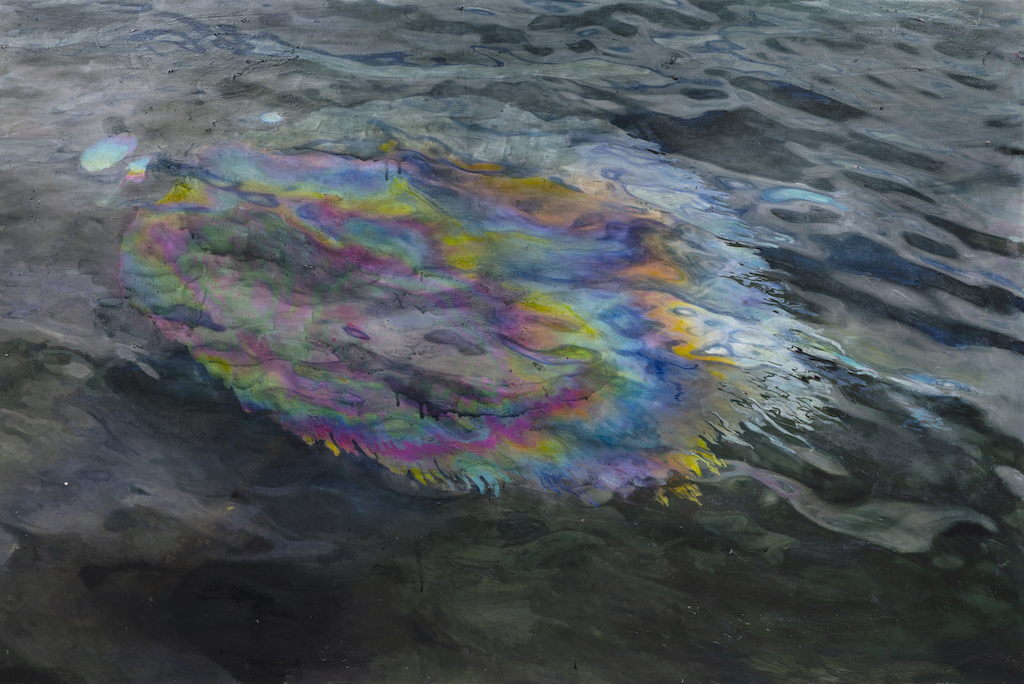 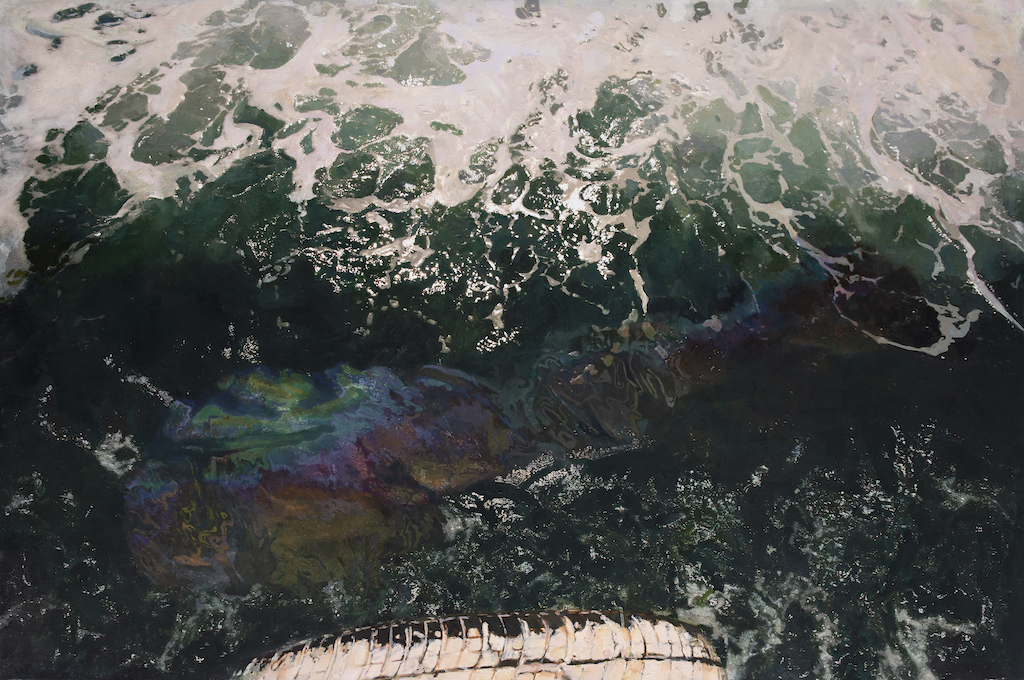 Dear Sea, Uncle John is Doing Well on the Altaire

Dear Sea, Uncle John is Doing Well on the Altaire
<> 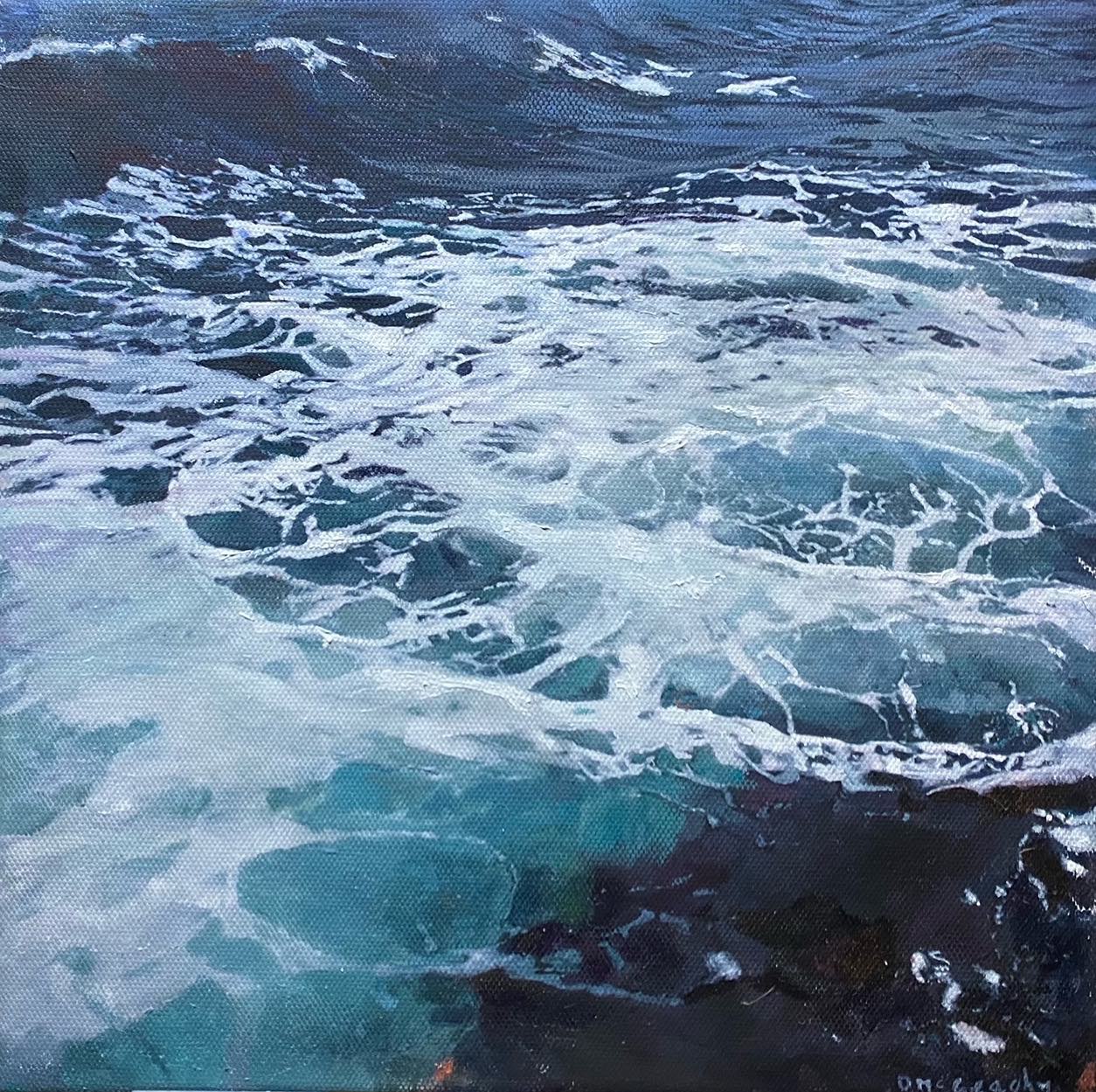 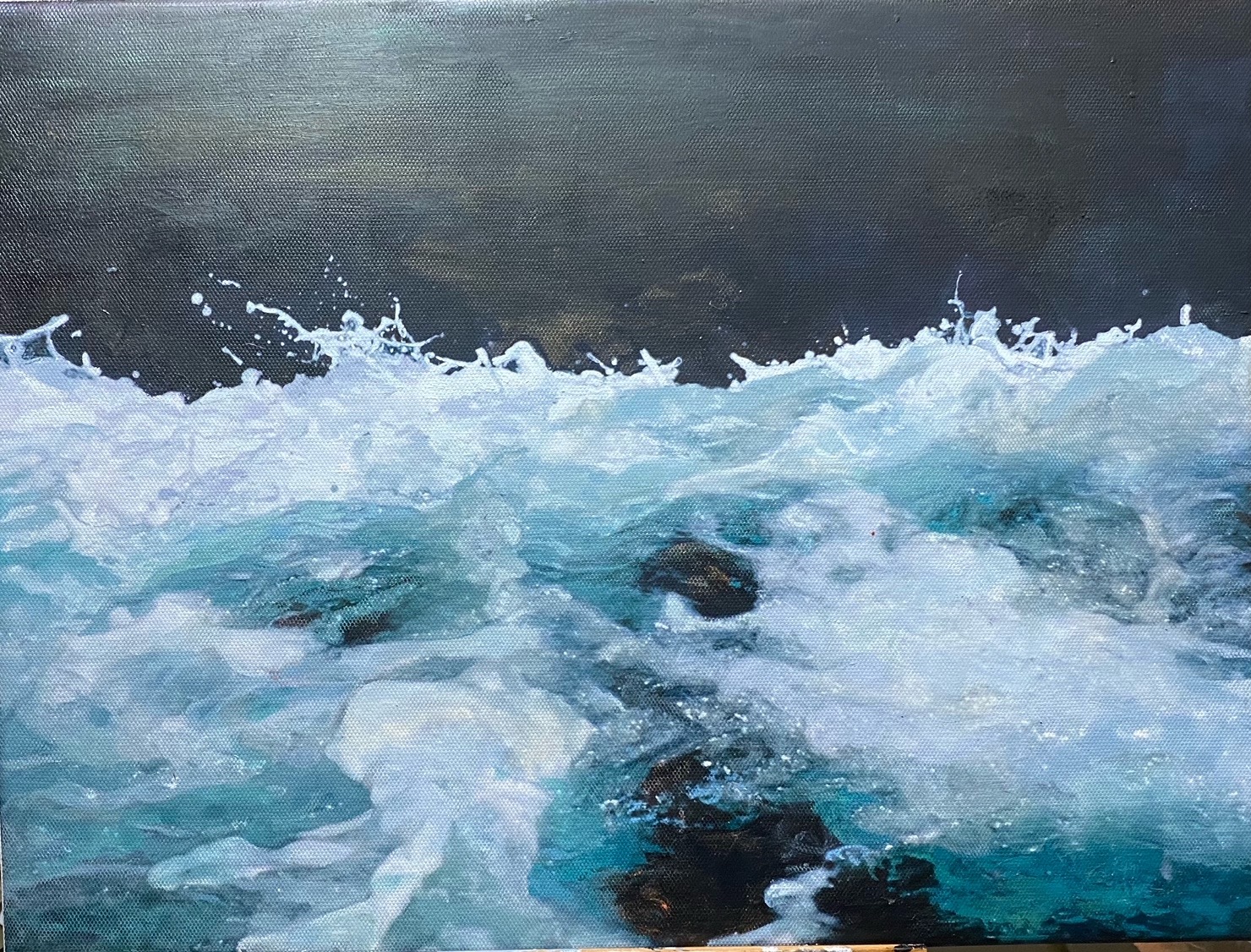 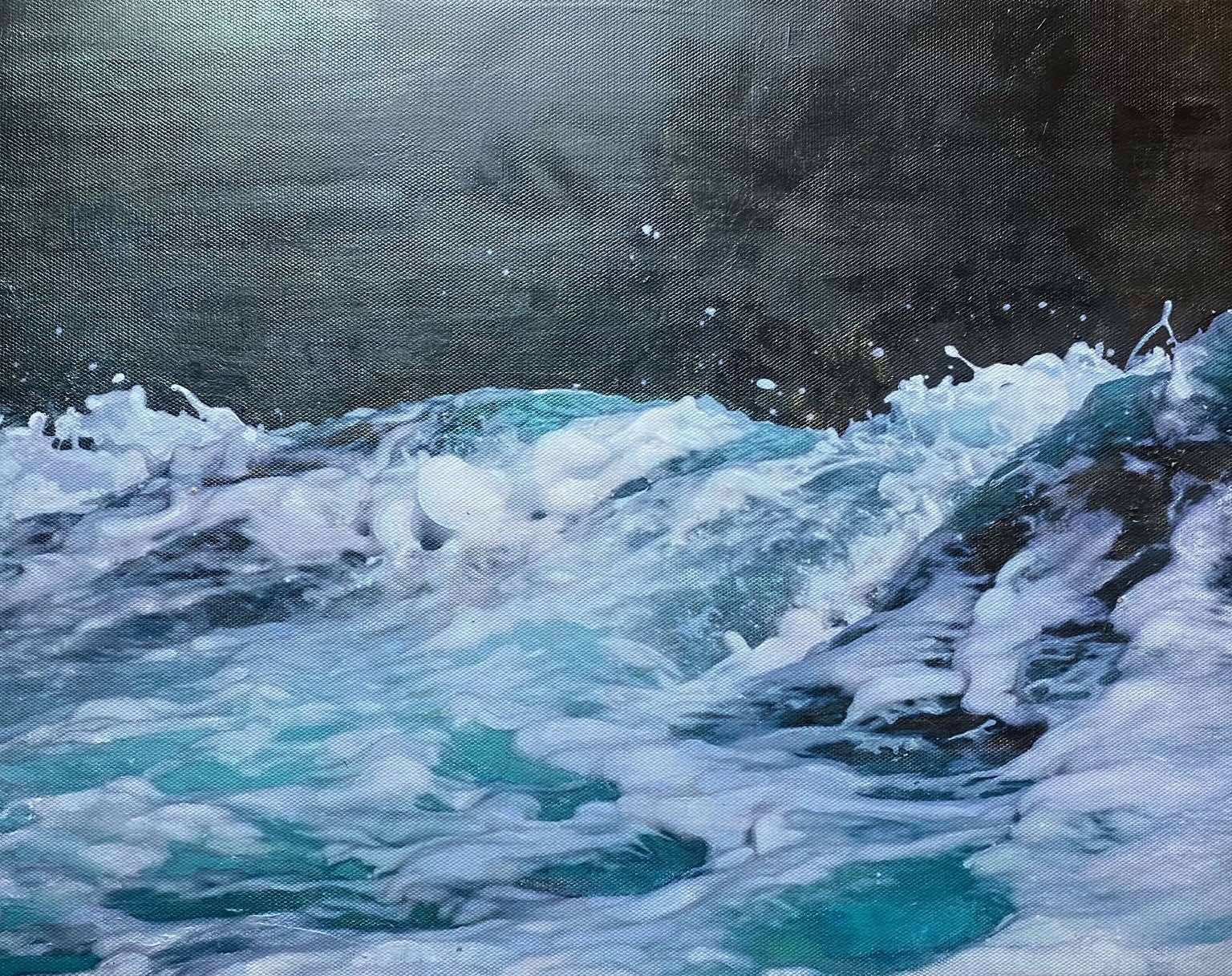 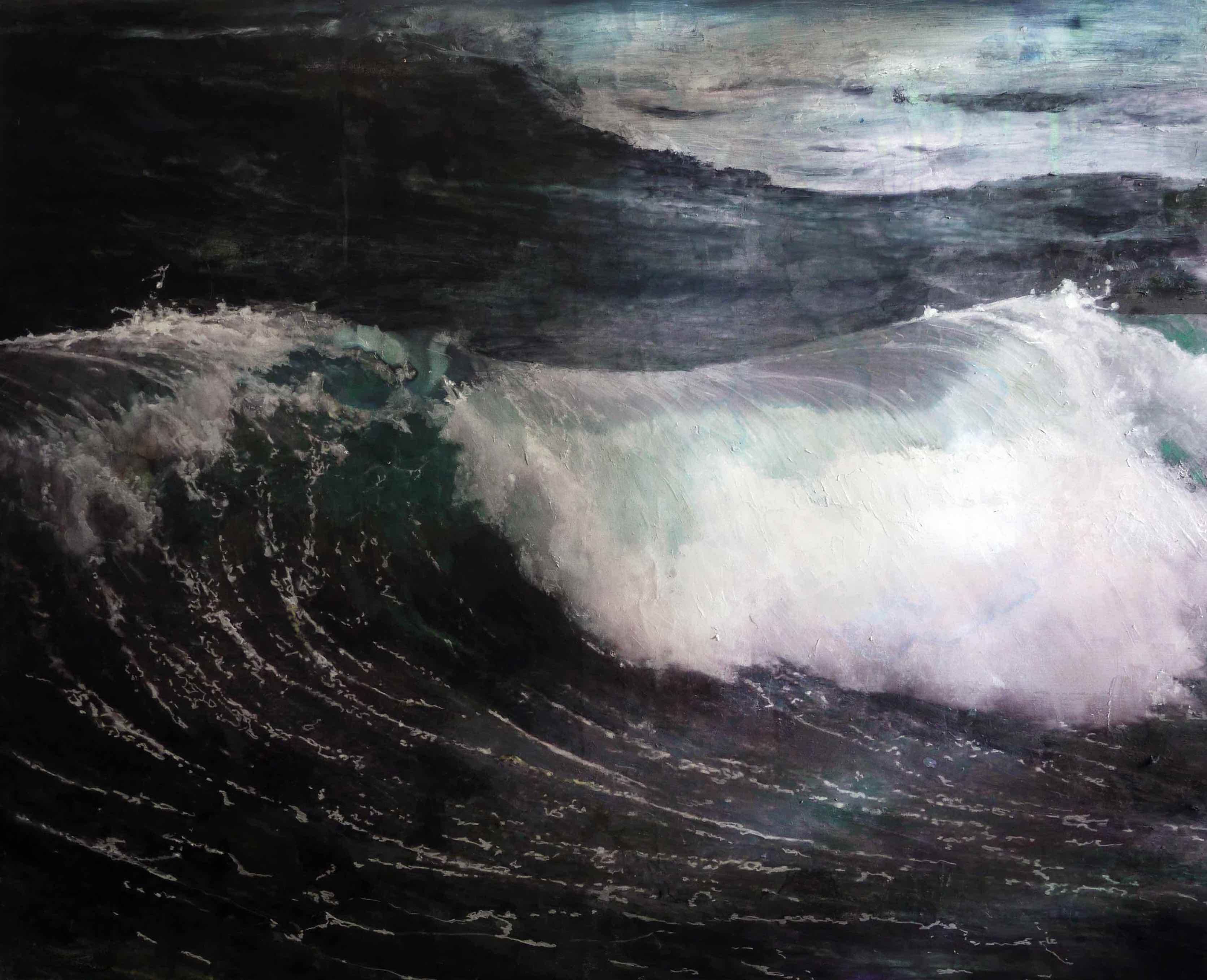 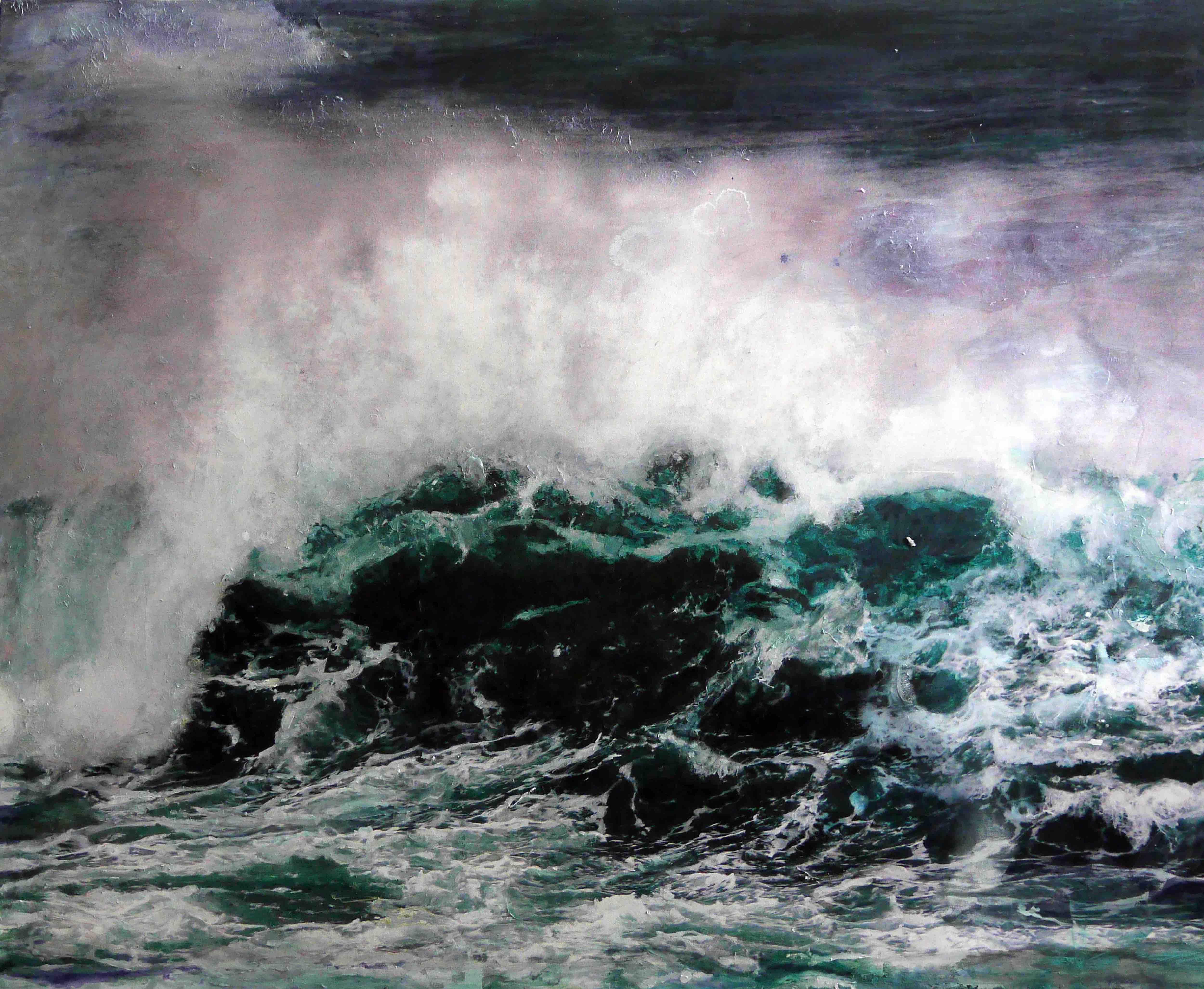 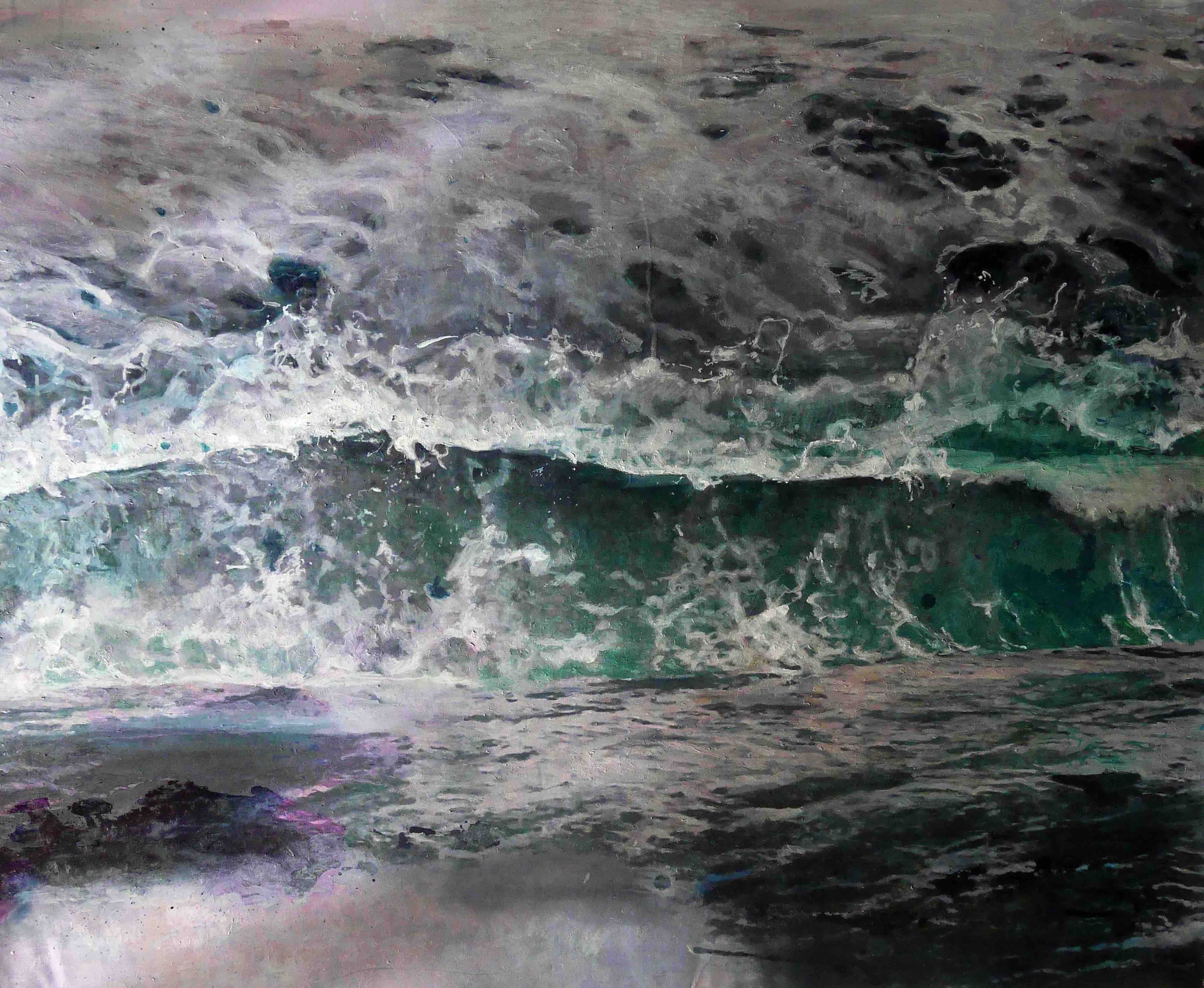 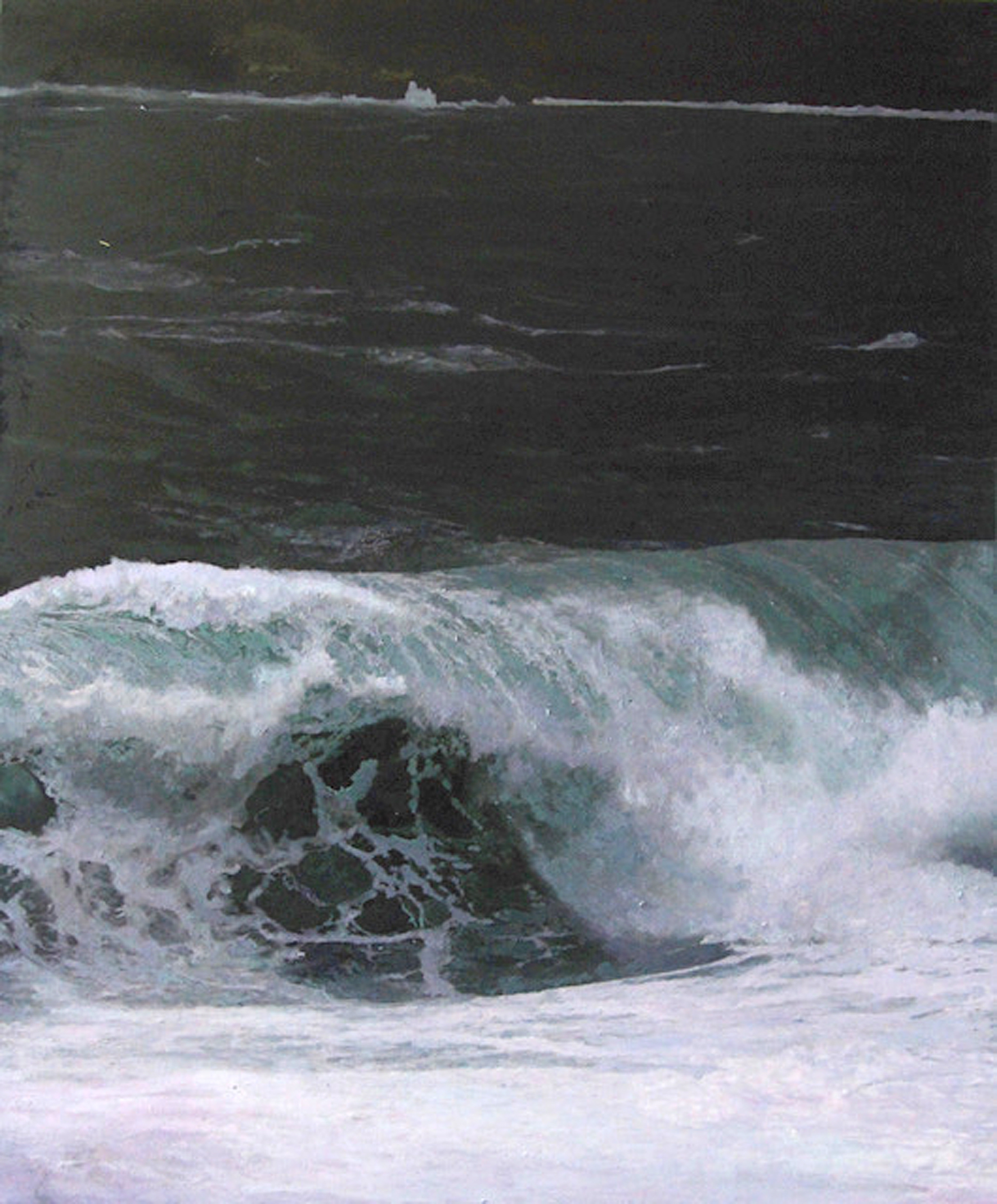 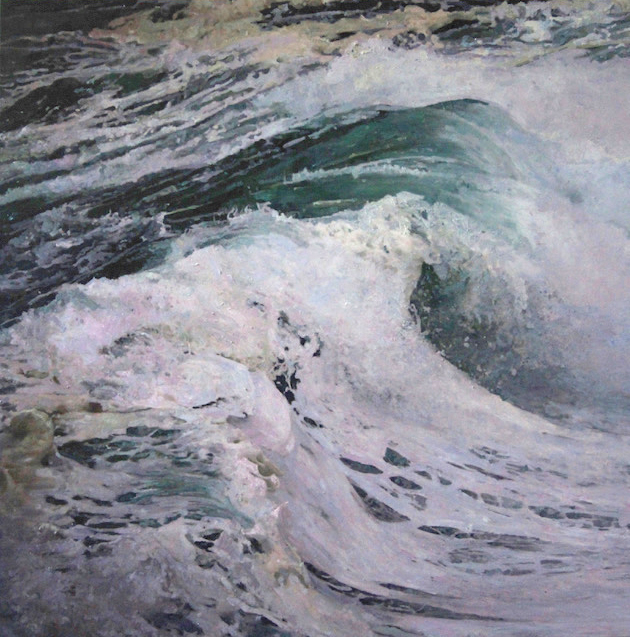 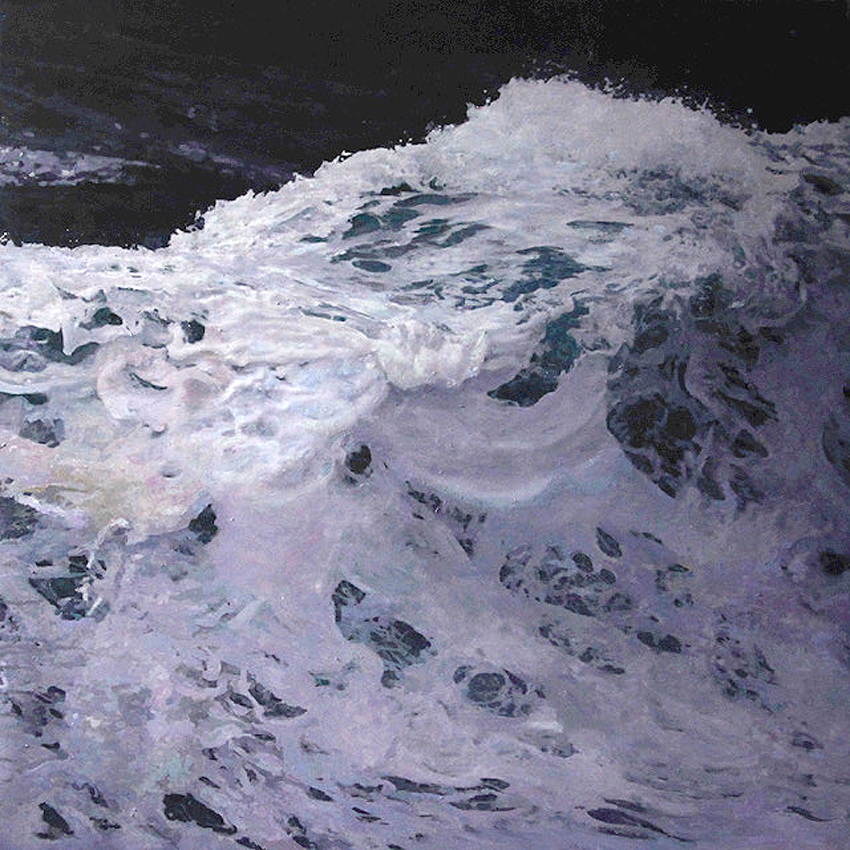 Eshaness Beaufort 12 Ever so slowly

Eshaness Beaufort 12 Ever so slowly
<> 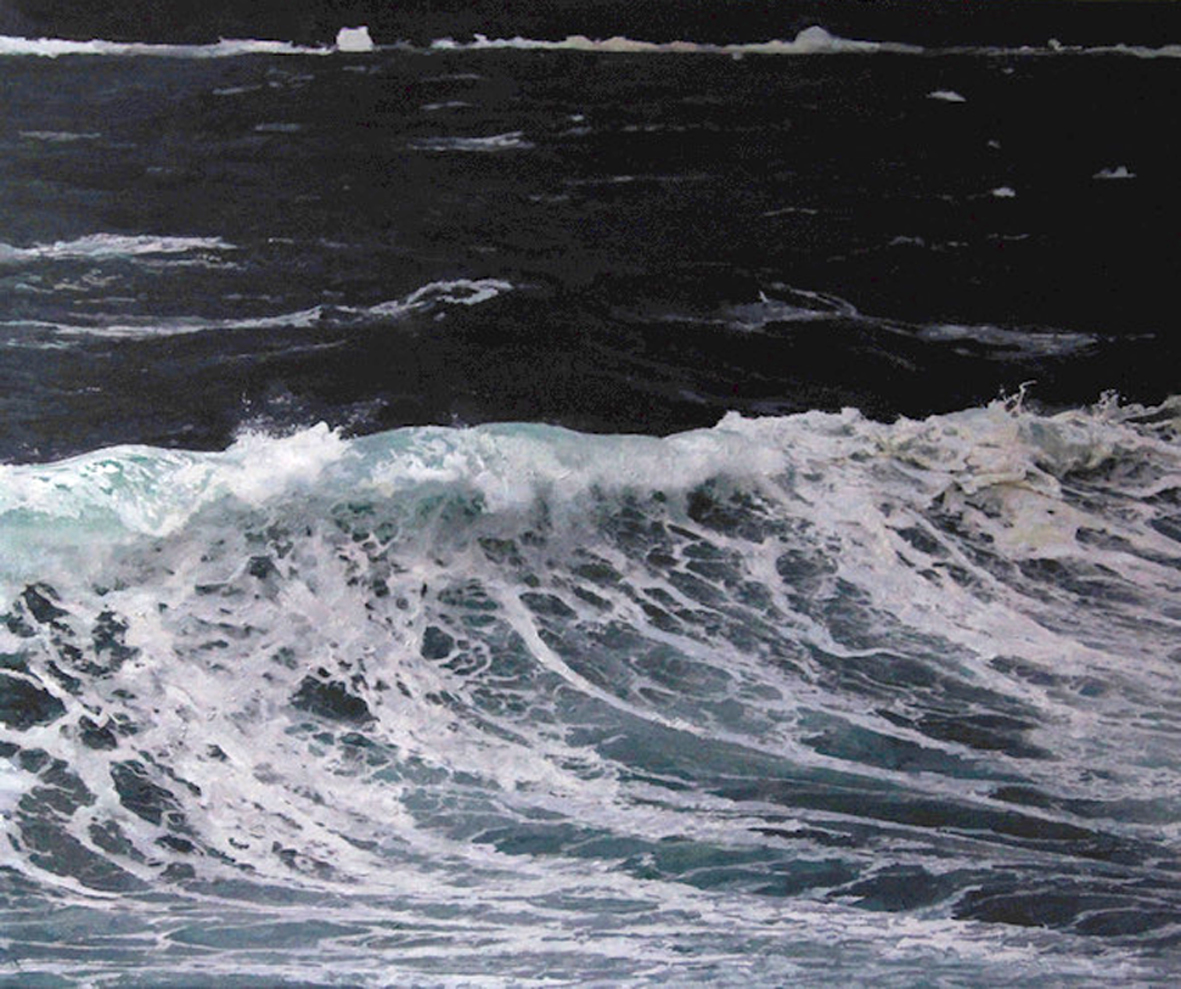 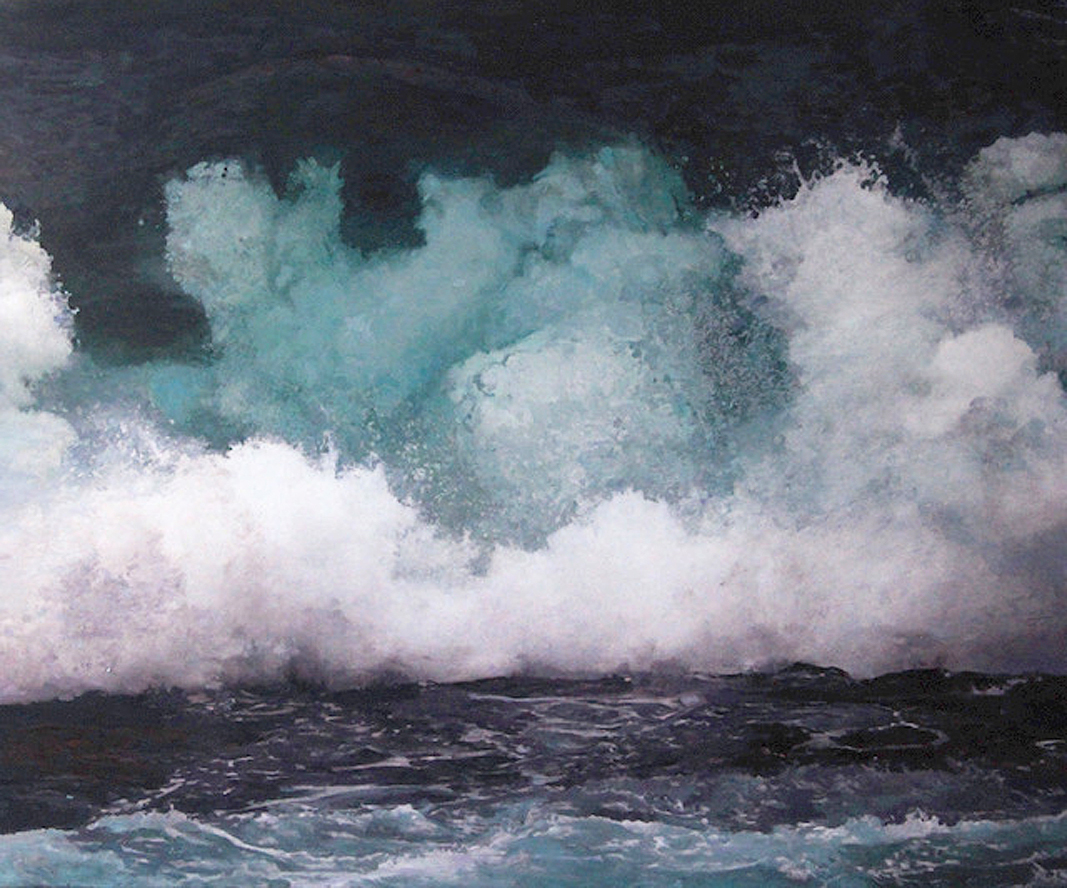 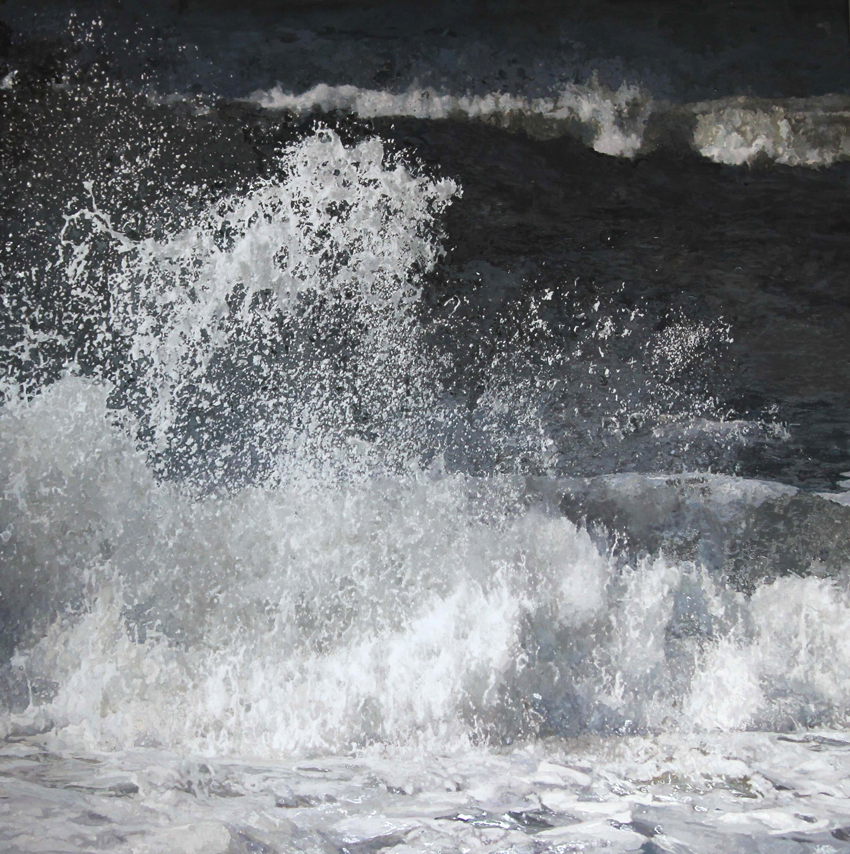 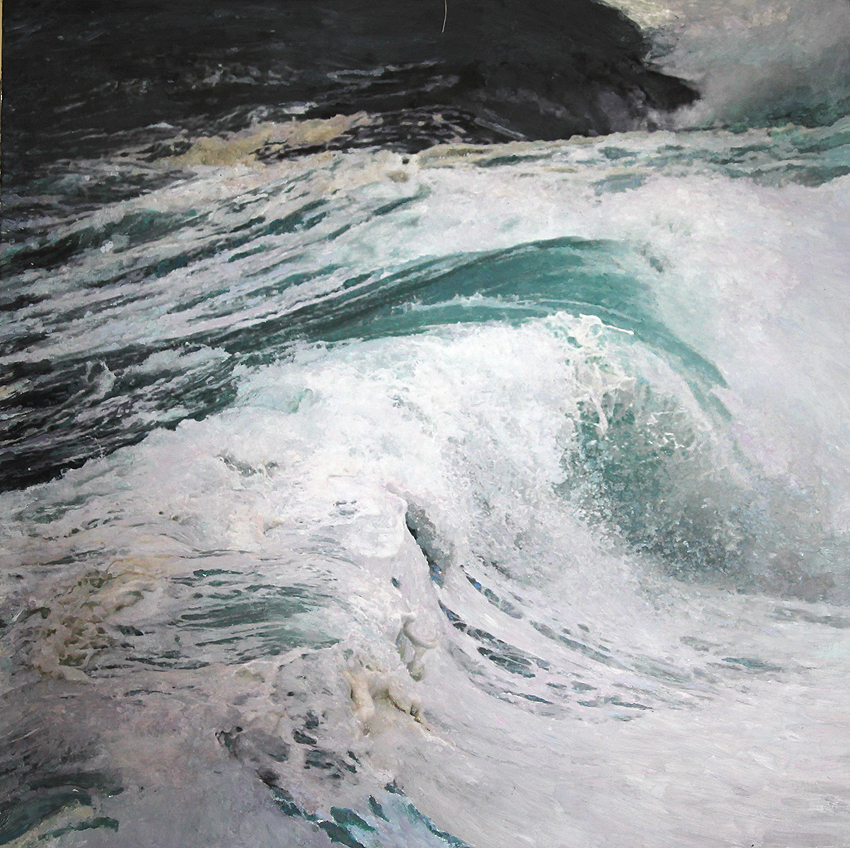