Delia Baillie is based in Dundee and is a part-time lecturer at Duncan of Jordanstone College of Art and Design. Recent exhibitions include Trusted Time at HALLE 14 Zentrum für zeitgenössische Kunst, Leipzig, Eye Scream Dream at the Edinburgh Annuale, Everything is Vague Until You Make It Precise at The Briggait, Glasgow and Between The Late and Early at the Royal Scottish Academy.

tsehn and iens*oont*noyn are from a series I created during my 2014 residency in Germany: these pieces resulted from both my response to Leipzig and a reflective reaction against the means by which I had previously been making paintings.

The origins of these works came from photographs that I had taken of building site ephemera in Dundee. Having been occupied with images on the boundaries of figuration and abstraction I considered the physicality of these concrete and metal structures as the foundations for nonrepresentational compositions, which nonetheless maintained a sense of the works’ conceptual beginnings.

The titles for the works are from the phonetical instructions in the phrasebook I was using whilst in Germany. I find it peculiar that we use visual descriptions of one language to define another – and that this unstable borderland between the two respective languages renders the descriptors of both to be (simultaneously) concretely tangible and nebulously imagistic.  During the painting of this series, I recorded the sequence in which I created the works and titled them using the specific phonetics for cardinal numbers. I employed this method of sequencing images to undercut the order in which they have been paired as diptychs or arranged for viewing (whether in an exhibition or as supporting material for an application form). 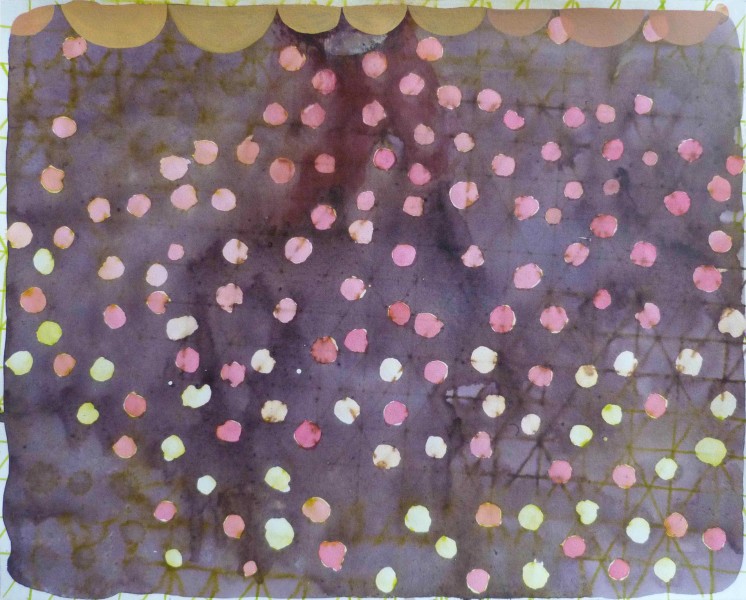 acrylic, ink and watercolour on paper