Artist Statement - These sculptures were inspired by growing plant forms. The garden is one of my sources of inspiration and I wanted to capture critical stages in the growth of the plant as they change from initial germination to the decay of the plant. I build abstract representations of plants at transition points in their life cycle. After initial drawings I work directly with the material. There is an unpredictability in the process which makes it particularly exciting. These pieces are modelled in stoneware clay and fired to 1200o then glazed with a matt white glaze. I wanted the pure white colour to emphasise the organic forms. The sculptures are constructed in sections and cemented together and are suitable for display outside

Awarded several prizes at Art School, including a Travelling Scholarship. 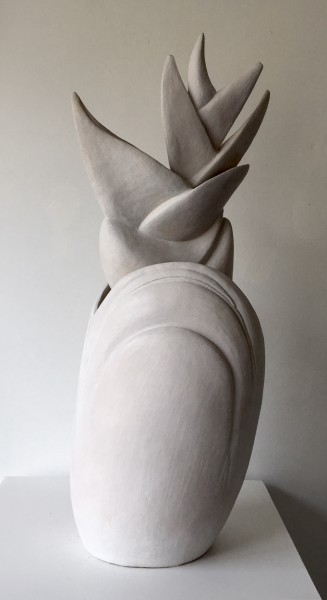 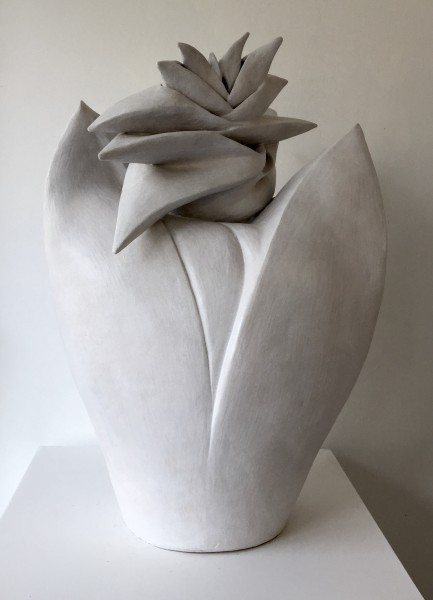 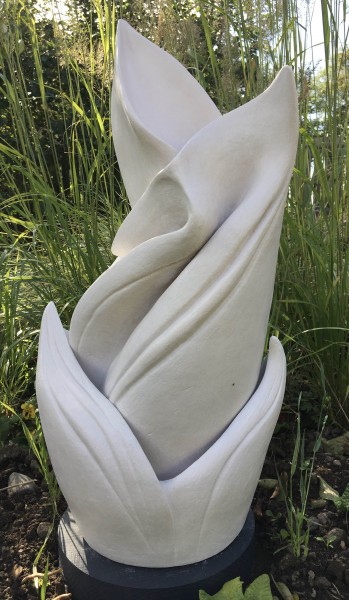 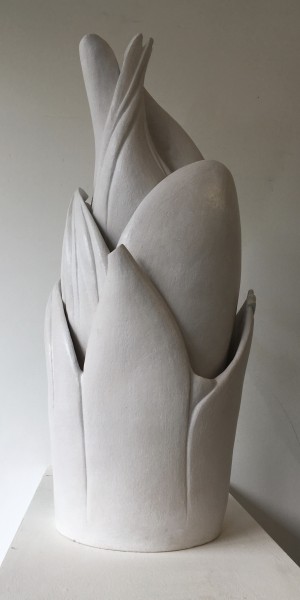