Edith Frances Watt was born in Falkirk in 1923. In 1926 the family moved to Switzerland when her father, the Rev Thomas Meikle Watt, was appointed permanent chaplain to the Church of Scotland in Geneva. Her father died in 1938 and the family returned to Scotland where Frances continued her schooling at Aberdeen High School for Girls. Her mother moved the family to London in about 1940 and they settled in Southwood Lawn Road, Highgate. Frances attended the Hornsey School of Art were she gained a National Diploma in Design before going on to study at the Byam Shaw School in London, where she later taught. In Highgate she was a member of the Highgate Artists Group, which included Sir Kyffin Williams among its exhibiting members, and she was also an active member of the Highgate Choral Society, designing many programmes and posters for its productions in the 1950s.

In the early 1960s she was commissioned by the Council of the Stock Exchange to record the daily life in the Square Mile. Over the next 20 years she was brilliantly placed to observe the enormous changes taking place in the great institutions of the Stock Exchange and Lloyd’s of London. She exhibited at the Royal Academy, her first exhibit being Stockbrokers Talking, 1961

She also exhibited at the Royal Scottish Academy, Royal Institute of Oil Painters, Paris Salon and elsewhere. Apart from her City subjects she painted many landscapes and figure subjects.

Frances Watt never married. She moved back to Scotland in 1992 and now resides in a nursing home there. 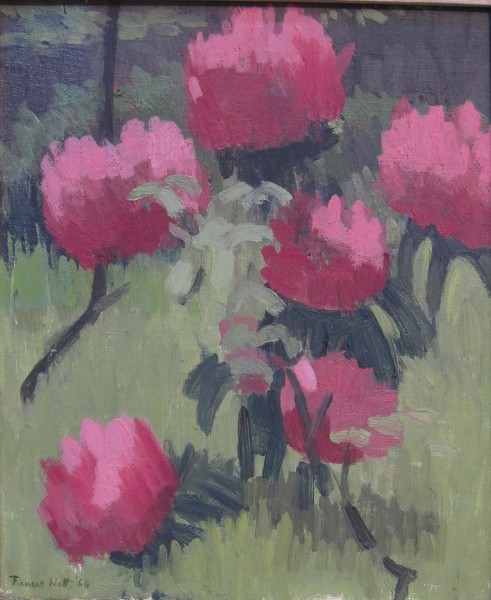 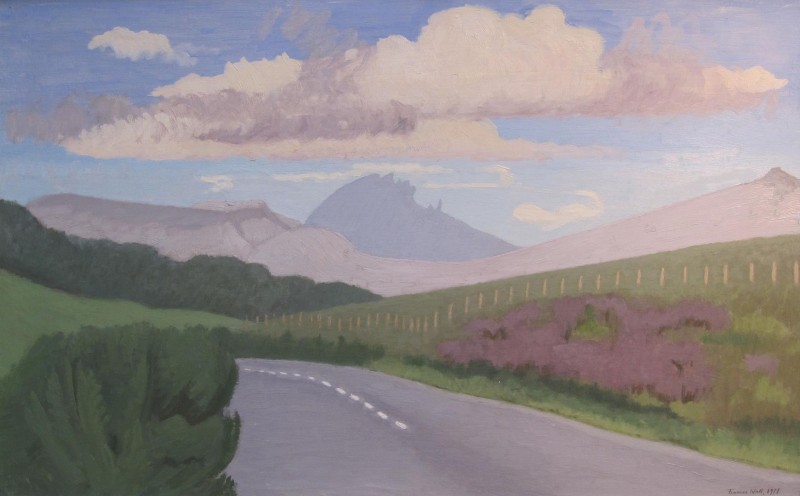 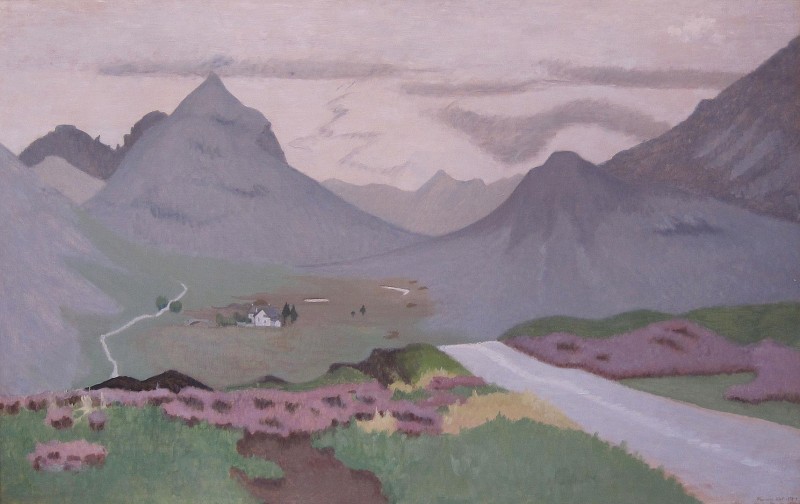 The Cuillins Isle of Skye

The Cuillins Isle of Skye
<> 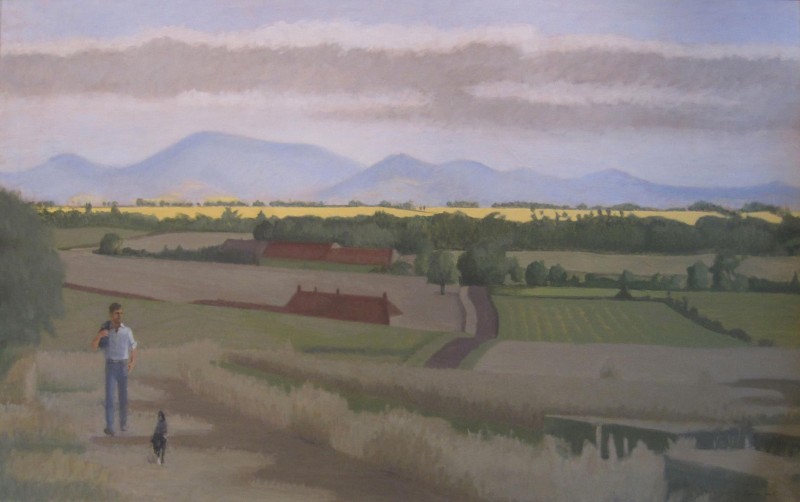 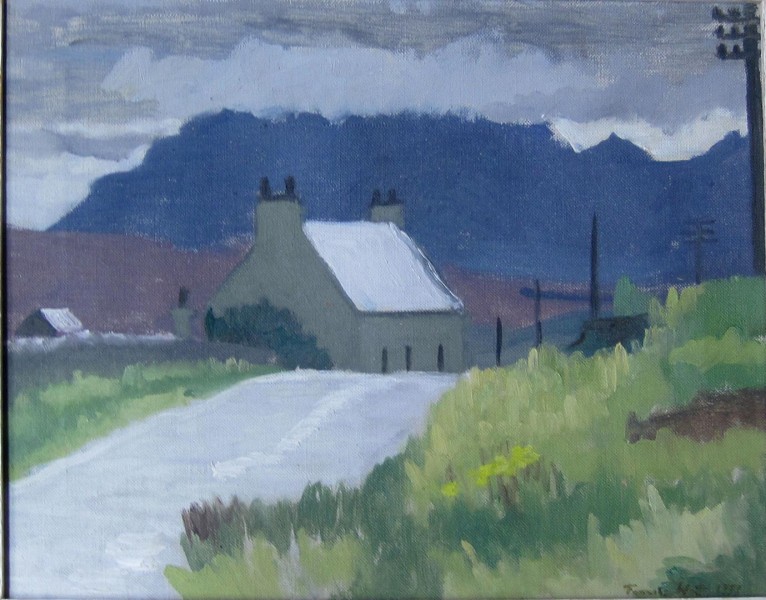 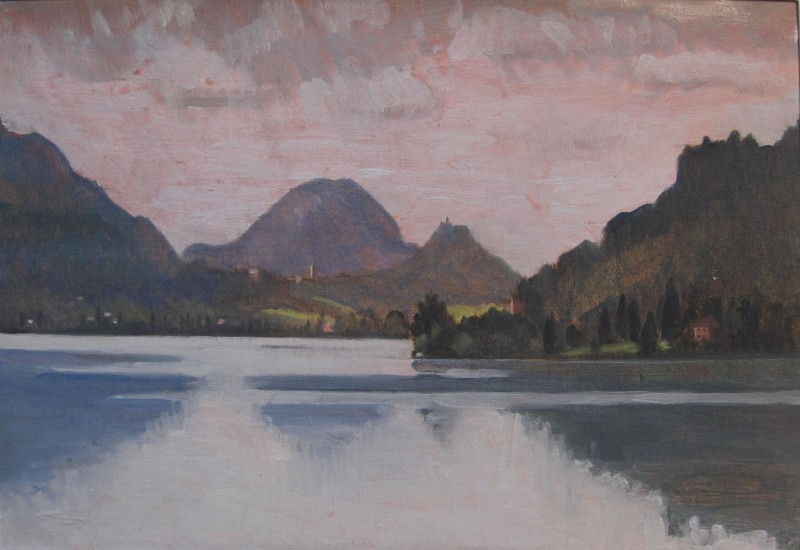 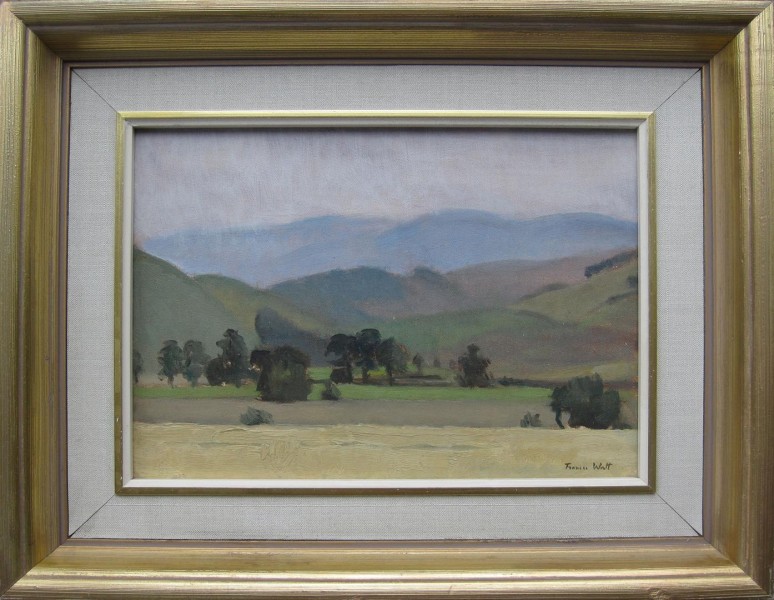 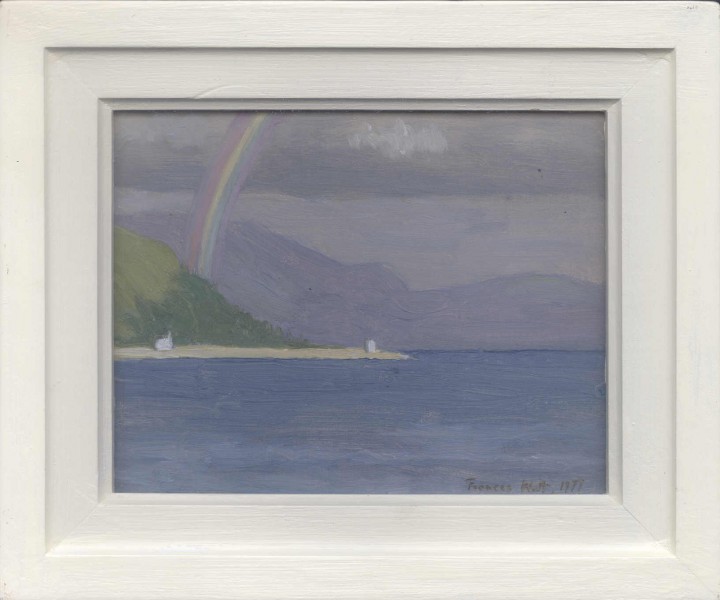 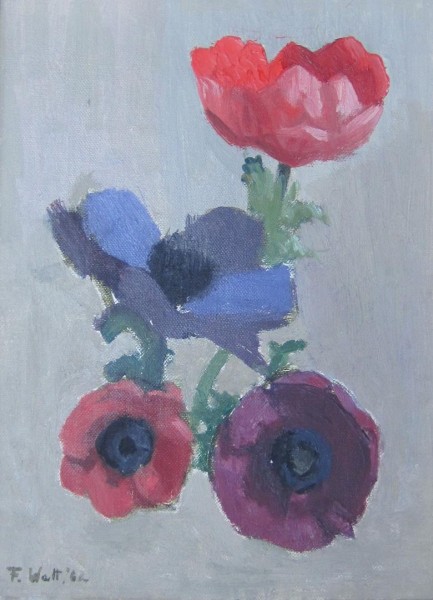 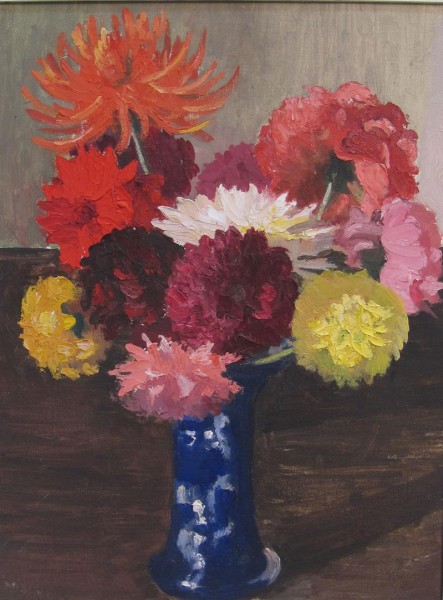 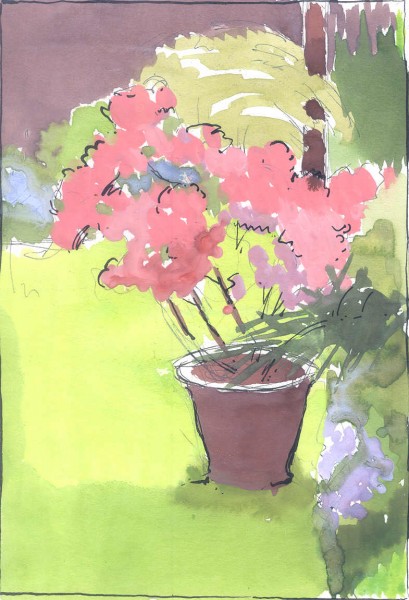 Flowers in a pot 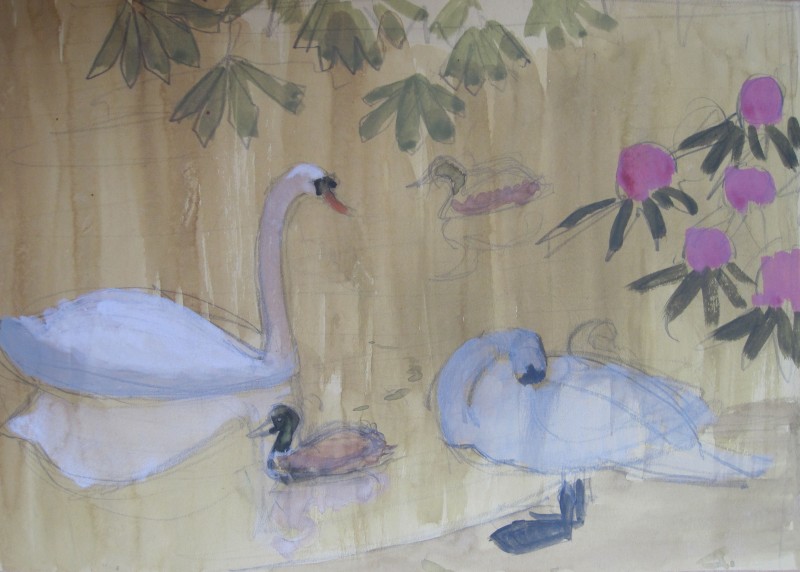 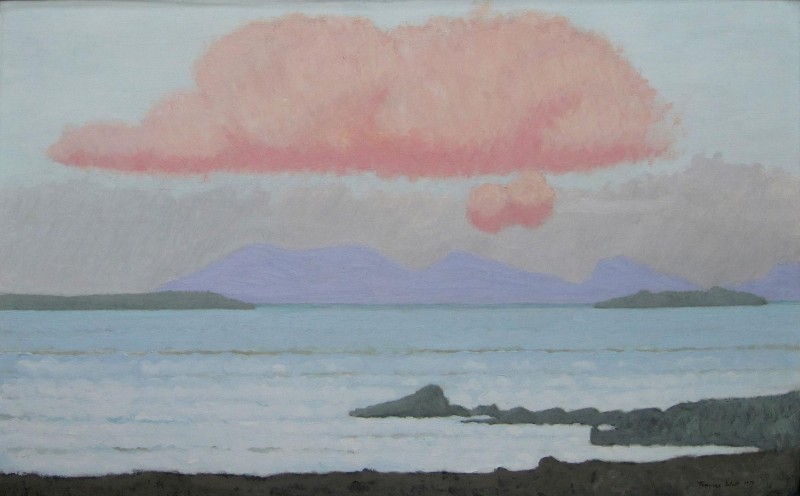