Sculptures: special objects invested with the artist’s history, skills, perceptions and obsessions… My childhood was spent in Moray, between the Cairngorm mountains to the south and the sea of the Moray Firth to the north. Coastal and mountain features remain a background to my current work; weathered and water-worn rock, snowdrifts, waves crashing on the shore…Of particular interest are the forms and structure of wooden fishing vessels. The building of these fascinated me as a boy, as I sat dangling a fishing line off a pier, watching a boat slowly form on the other side of the harbour. The work is also informed by decades of experience designing and making presentation and award pieces for many and various organisations. The development of research and practical skills required by this has added a depth of understanding of the place and perception of sculpture in our world, and an extensive skill set to execute ideas.

Studying sculpture at Bath in the early 1970’s (after completing a degree in Physics at Essex University). John Huggins was my mentor, and from him I acquired a strong interest in cast bronze as a medium. Indeed, it was at his suggestion that I started my first foundry, in order to cast my own sculptures, and to provide a casting service to other sculptors.

Moving back to Scotland at the end of the 70’s, I set up my second studio-foundry at Galashiels. For the next 13 years I worked there, making my own work, and also running a bronze casting service and developing a business designing and making cast jewellery. Commissions came my way, many for trophy/award pieces, a speciality which became an important part of my work over the next two decades.

In the early 1990’s I moved to my present location in Fife. A Churchill Fellowship allowed a period of study in Japan, leading to my election to membership of the Japanese Casting Artists Association (NCK* which is associated with Tokyo University of the Arts), and recently to the NCK international committee.

In the past few years I have concentrated my work almost entirely on sculpture.

These works are not representations of something. Neither are they meaningless clusters of surfaces and edges. They are concentrations of meaning derived from different sources, such as people, places, events… The mix is distilled and filtered through many years of object-making, and in the shadow of thousands of sculptors who have gone before me. 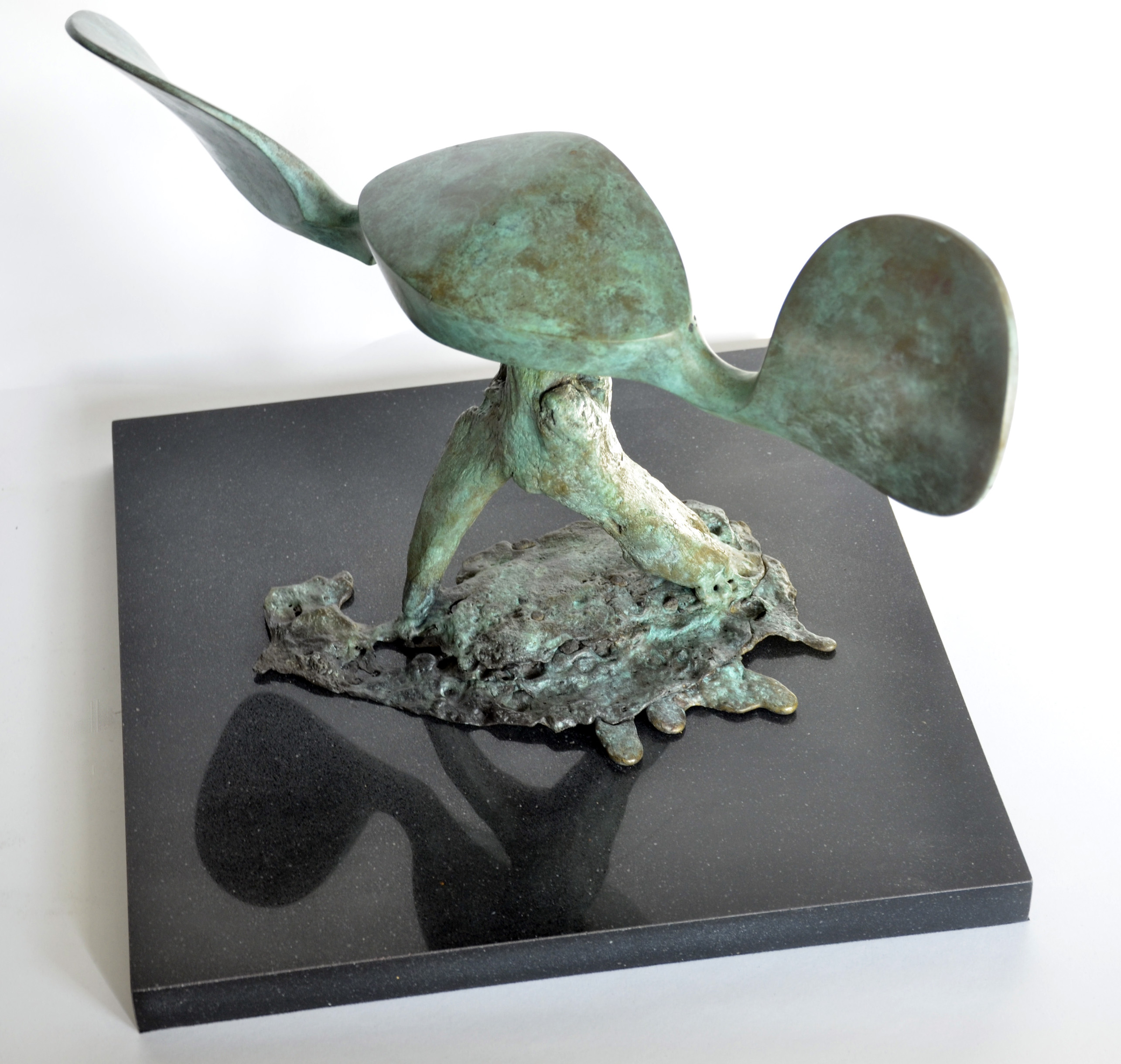 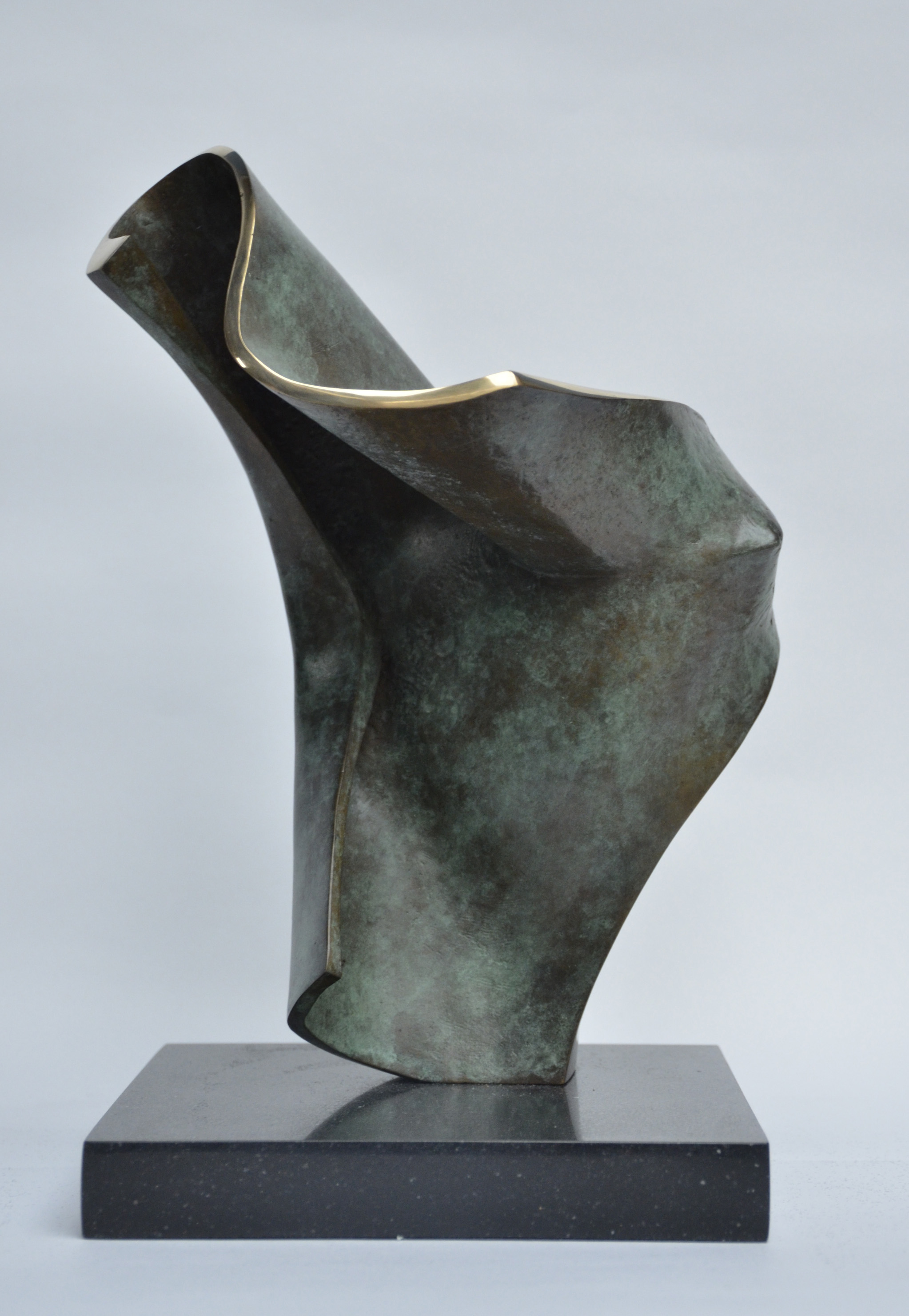 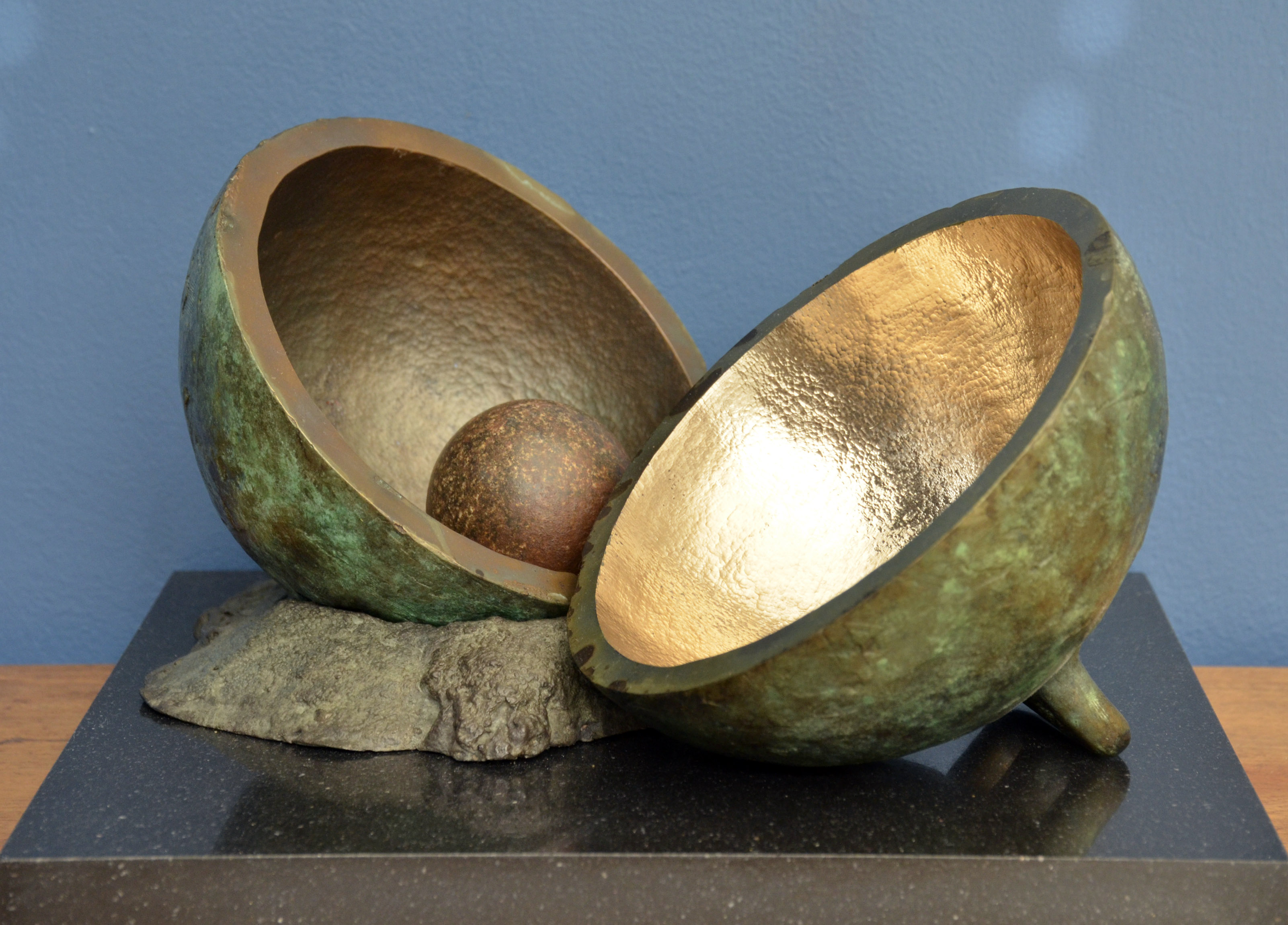 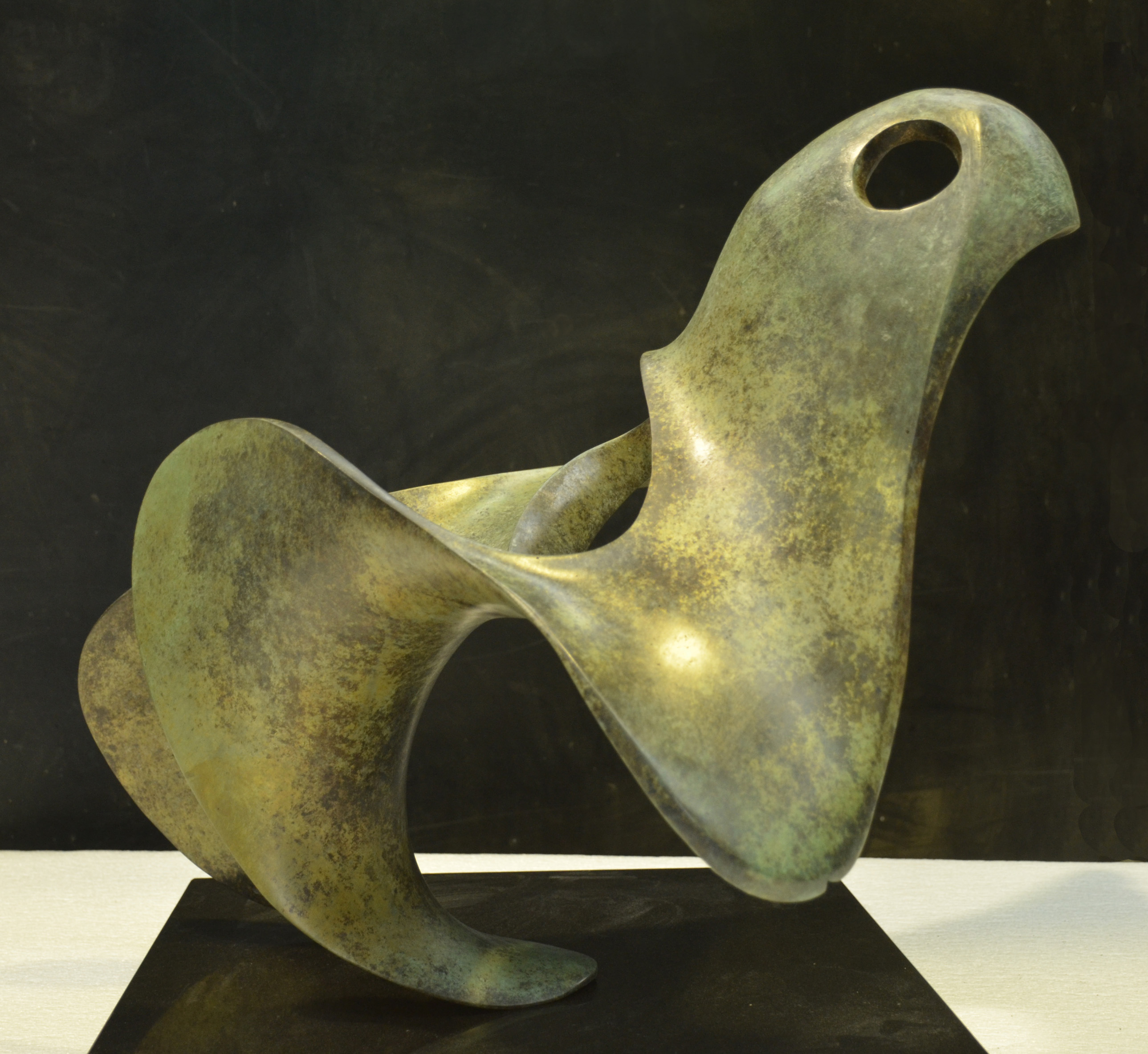 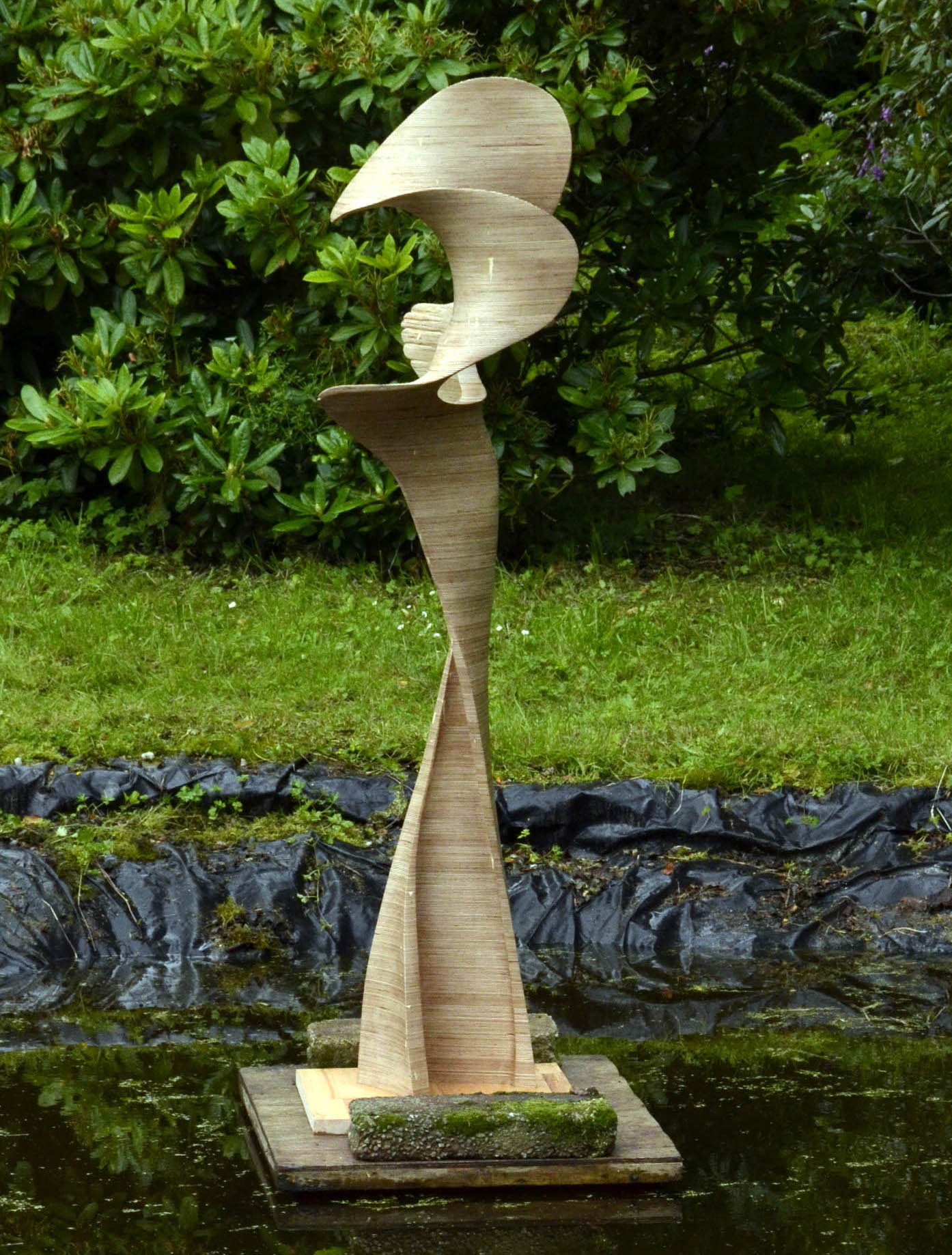 Layered wood on block board base