Hannah is an artist based in South West London, she graduated from the University of Edinburgh with a degree in Sculpture in 2020. At the end of her degree she was awarded the RSA John Kinross Scholarship allowing her to travel on a research trip to Florence. She has recently shown work as part of Wretched Light Industry, a project supported by Creative Scotland and Serving The People, as well as duo show, Porta Sancta with artist Hugo Harris. Hannah’s practice develops through a process of exploration into her cultural identity. As a woman of mixed Singaporean and British heritage her work explores the relationship between these two cultures and how this is reflected in furniture design, objects and architecture. Through this her practice has come to focus largely on the 18th-century trend of the Chinoiserie where in turn she aims to reclaim and re-imagine this practice in a more conscientious and culturally appropriate way. ! Hannah produces furniture-like structures that are ornamental but also functional. Her sculptures are usually flat packable and when assembled are often anthropomorphic in stature and shape. These objects are culturally coded, they reference an aesthetic trend that saw the appropriation of Chinese design as a result of Britain's colonial conquests however they are also playful and peculiar, their creature-like bodies depict them as having a life of their own. 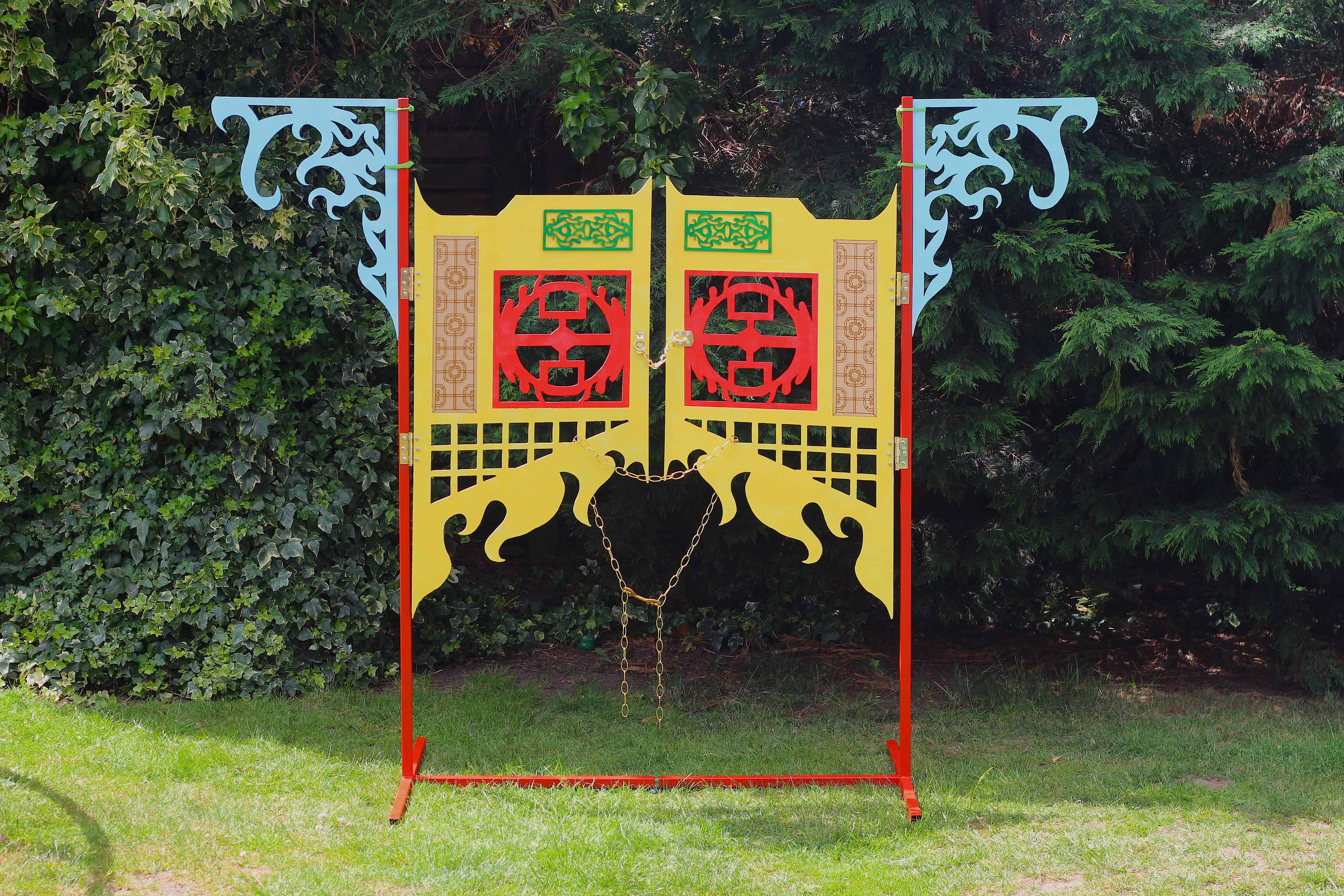 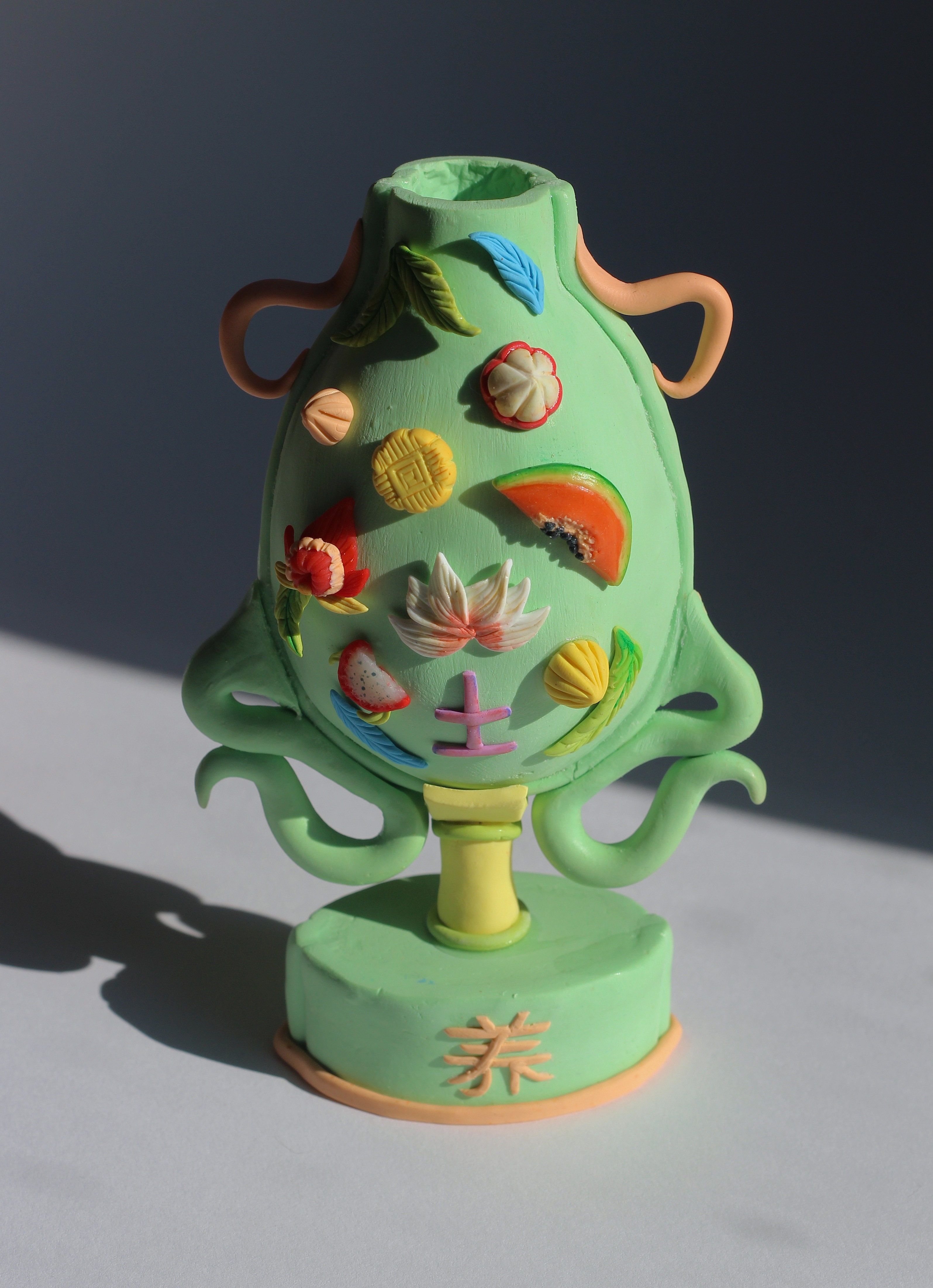 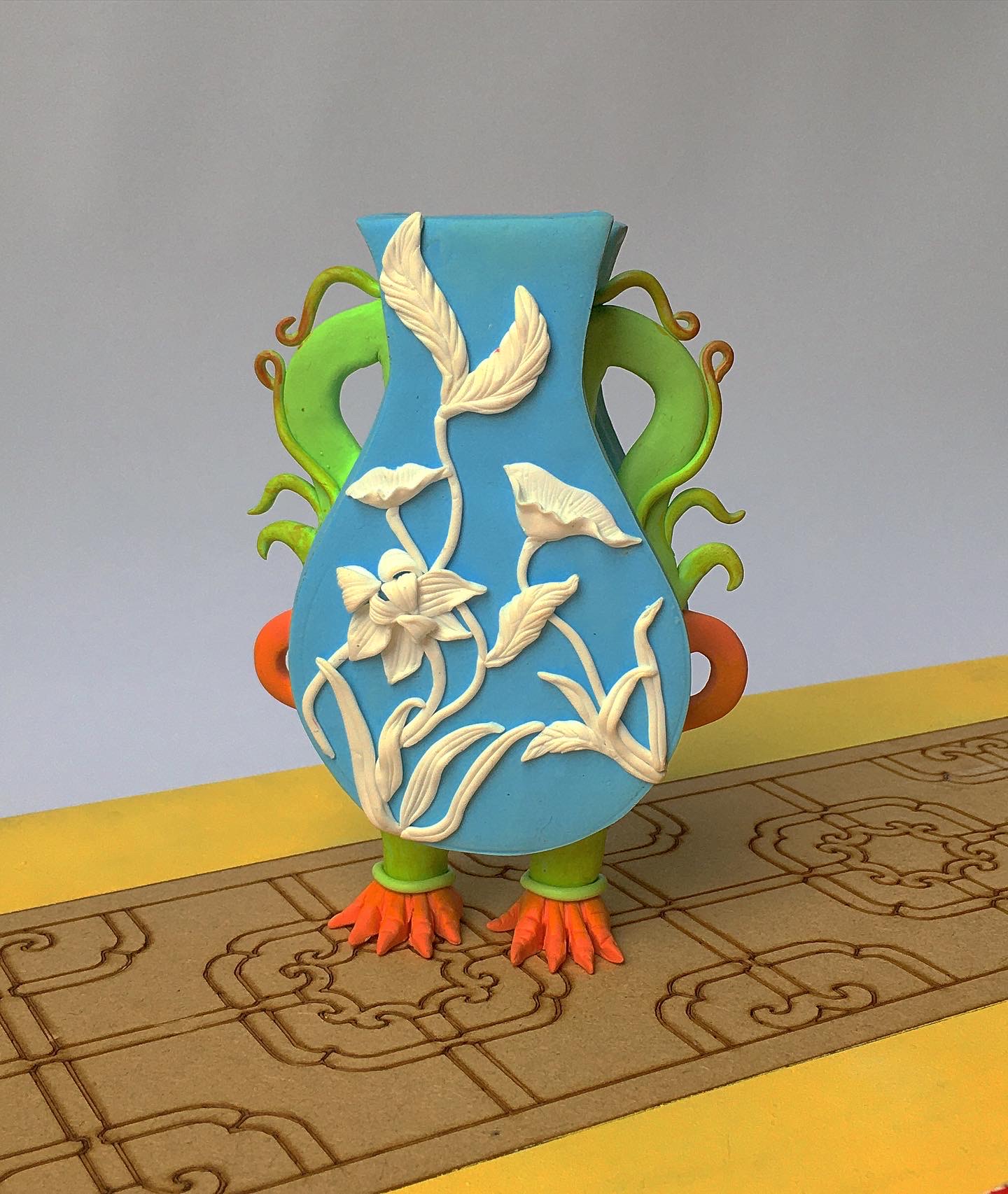 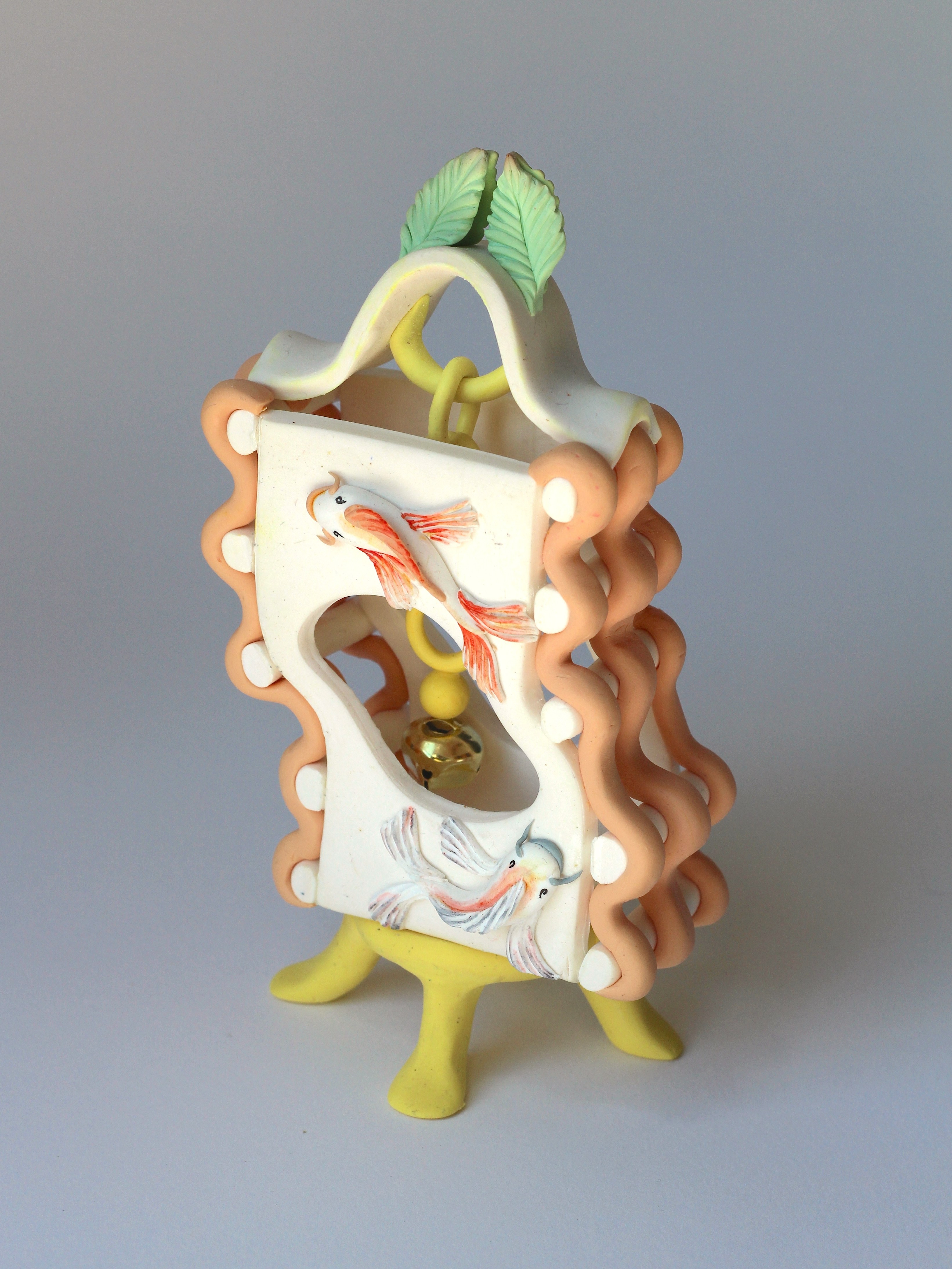 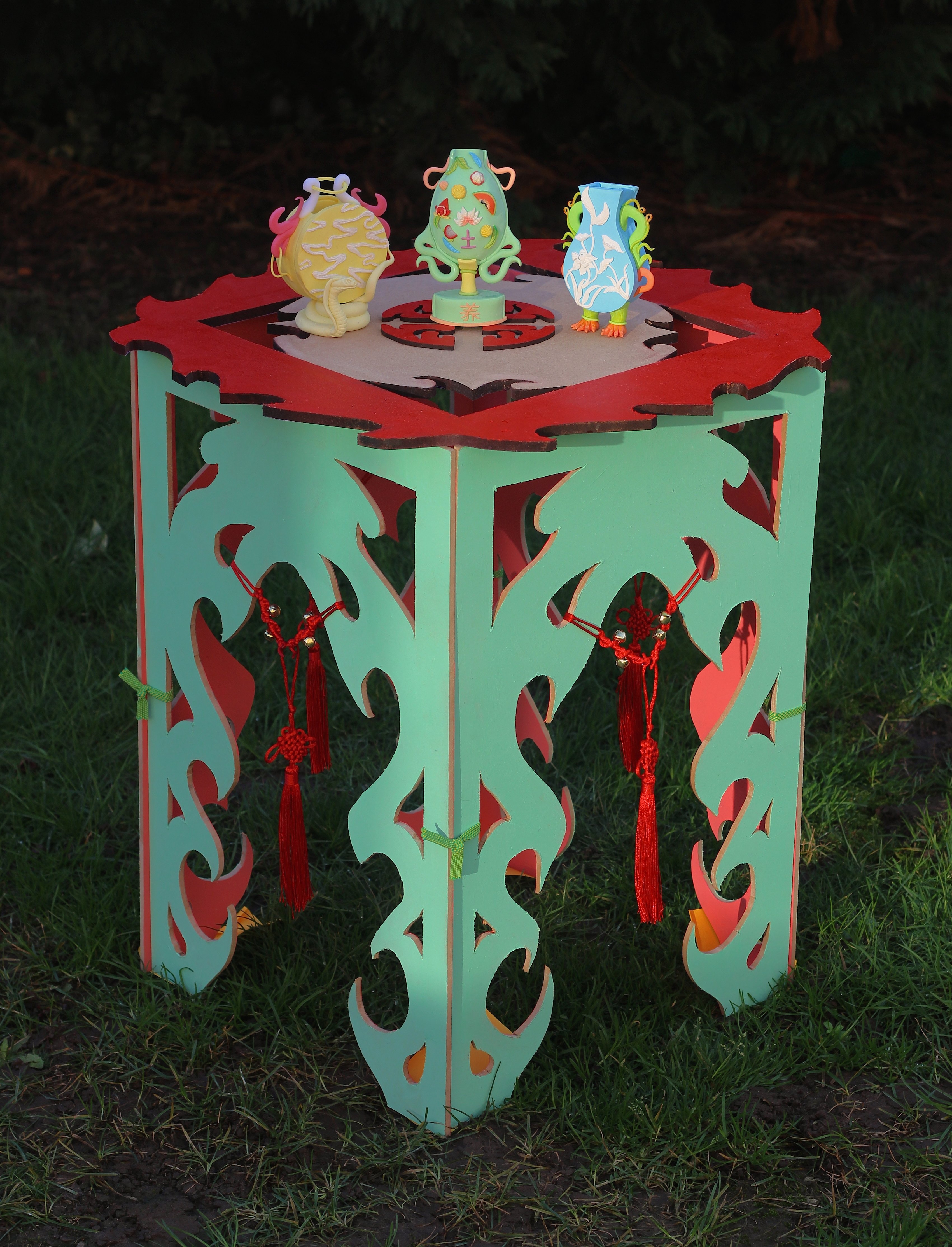 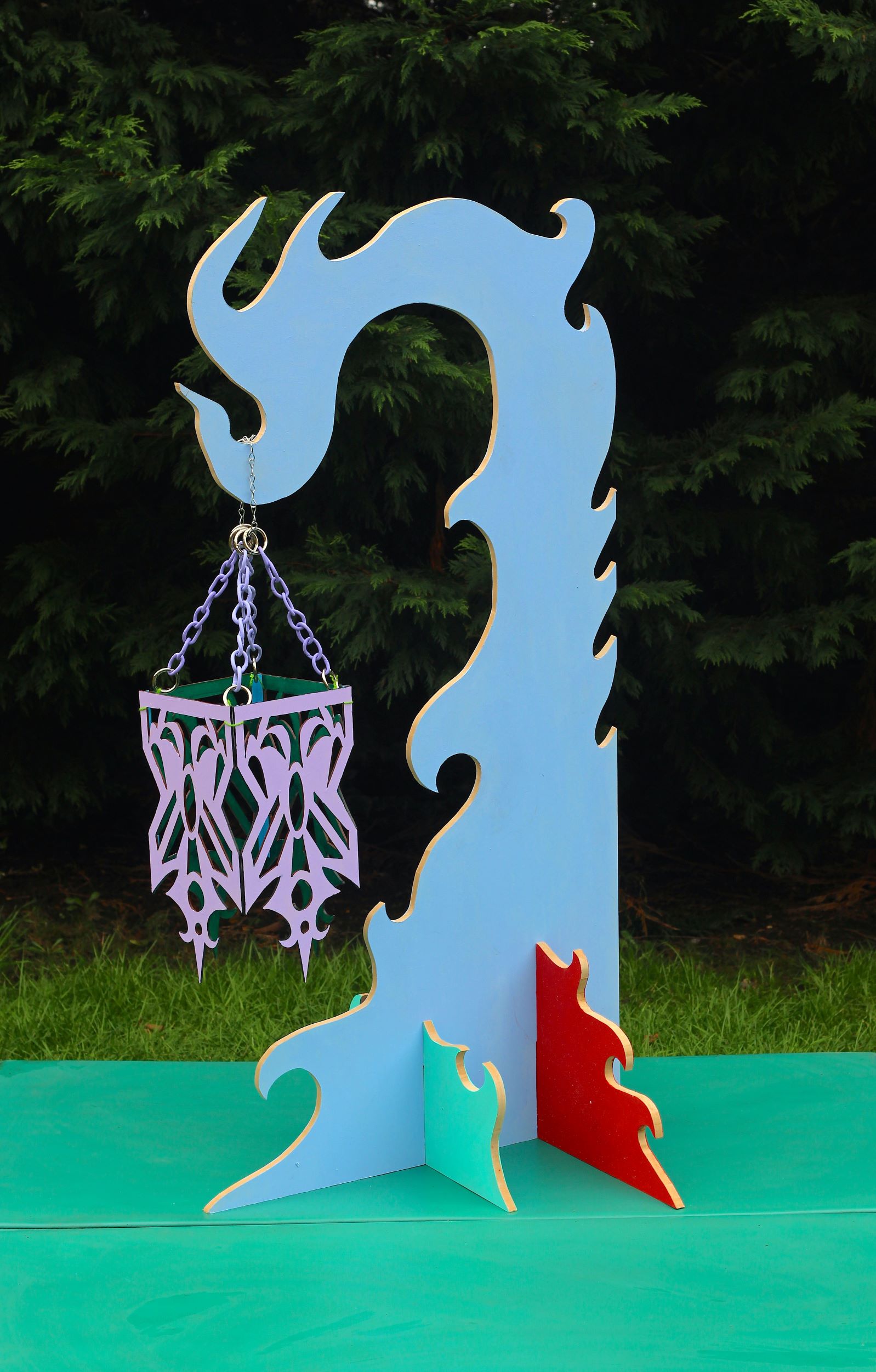 A Shard of Fire