John Piper (b 1903 -1992) was born in Epsom and studied law before going on to study at Richmond School of Art, Kingston School of Art and the Royal College of Art. He is unquestionably one of the most versatile and important British artists of the twentieth century. As well as being a highly accomplished painter and printmaker he is also known for his stained glass, ceramic, set and costume designs and tapestries.

Piper's commitment to printmaking started in the 1930s; for the next fifty years he used lithography and etching for the romantic depiction of Britain's architectural heritage and landscape in a unique style that set him apart from his contemporaries and made him a household name.

In 1979, the Museum of Modern Art in Oxford held a major retrospective of Piper's work as did the Tate in 1982. Public collections of John Piper’s work include Bolton Art Gallery, the National Museums and Galleries of Wales and Tate Britain, London. 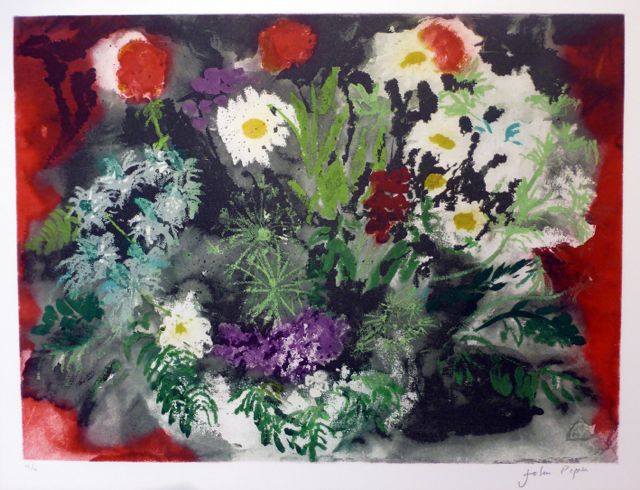