Kate Downie was born in America of British parentage, but returned to live in the North East of Scotland at the age of 7. She studied Fine Art at Gray’s School of Art, Aberdeen, including post graduate studies. She has held artists’ residencies in the USA, Amsterdam, Paris and more recently Corsica and Norway. During her career Downie has established studios in places as diverse as a brewery, a maternity hospital, an oil rig and an island underneath the Forth Rail Bridge. She has taught both in art colleges and universities and has directed major public and community art projects since 1987.

Like the Scottish Artists Joan Eardley and DY Cameron in the last century, Kate Downie has spent the past 25 years exploring an artistic vision for both the extremes of a Scottish urban/industrial landscape as well as the less pastoral of Scotland’s coastal ‘edge-scapes’ beyond the cities.

As President to the Society of Scottish Artist from 2004 to 2006, Downie co-curated contemporary visual art projects of international standing, including an exchange exhibition with Indian artists and the Bodyparts live art Festival at the RSA in Edinburgh. Downie's work appears in many public and corporate collections including the BBC; Adam & Co; Glasgow Gallery of Modern Art; Gracefield Art Gallery, Dumfries; Aberdeen Art Gallery; Rietveld Kunst Academie, Amsterdam; City of Edinburgh Council; HM The Queen; Kelvingrove Art Gallery, Glasgow & New Hall College Art Collection in Cambridge. In 2005 the artist was shortlisted for the Jerwood Drawing Prize, and in 2008 became a member of the Royal Scottish Academy. 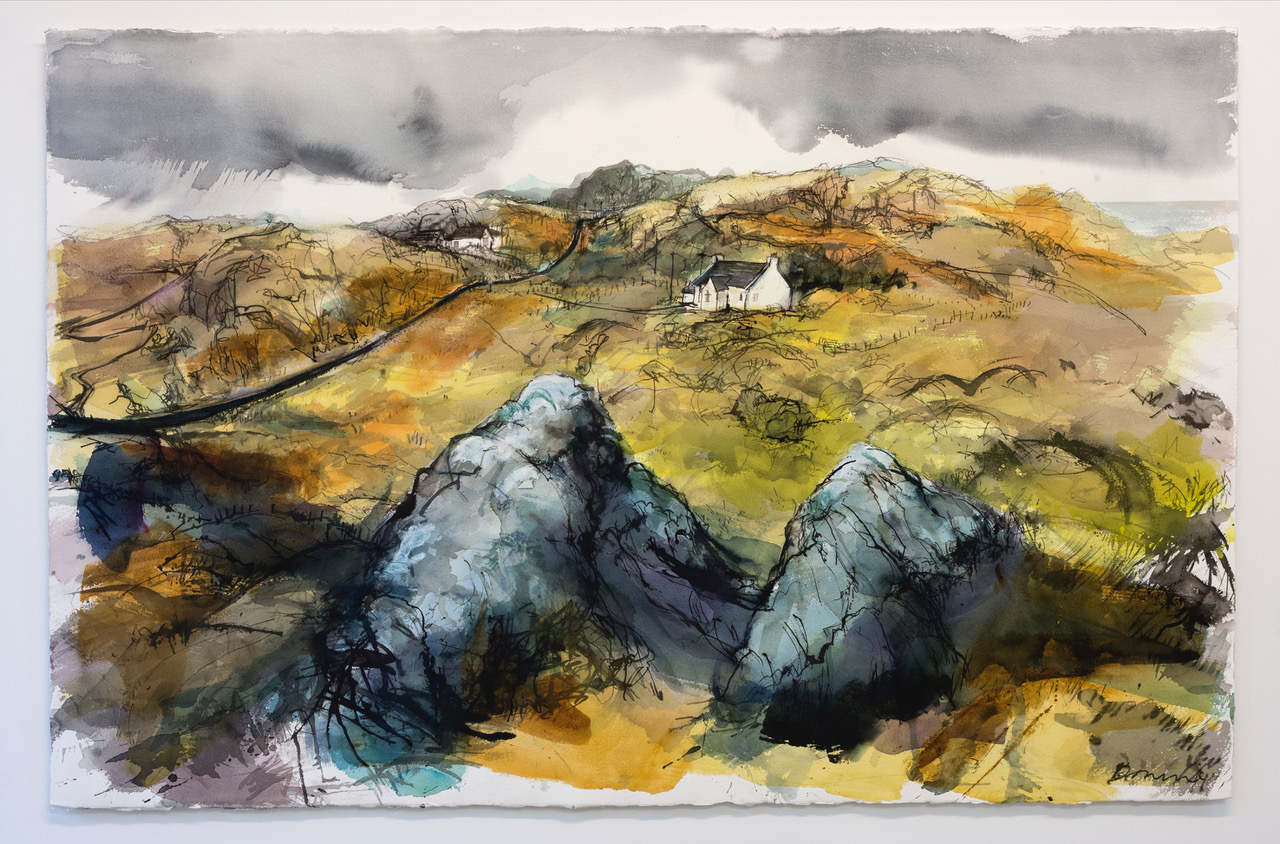 Ink on Watercolour on Arches 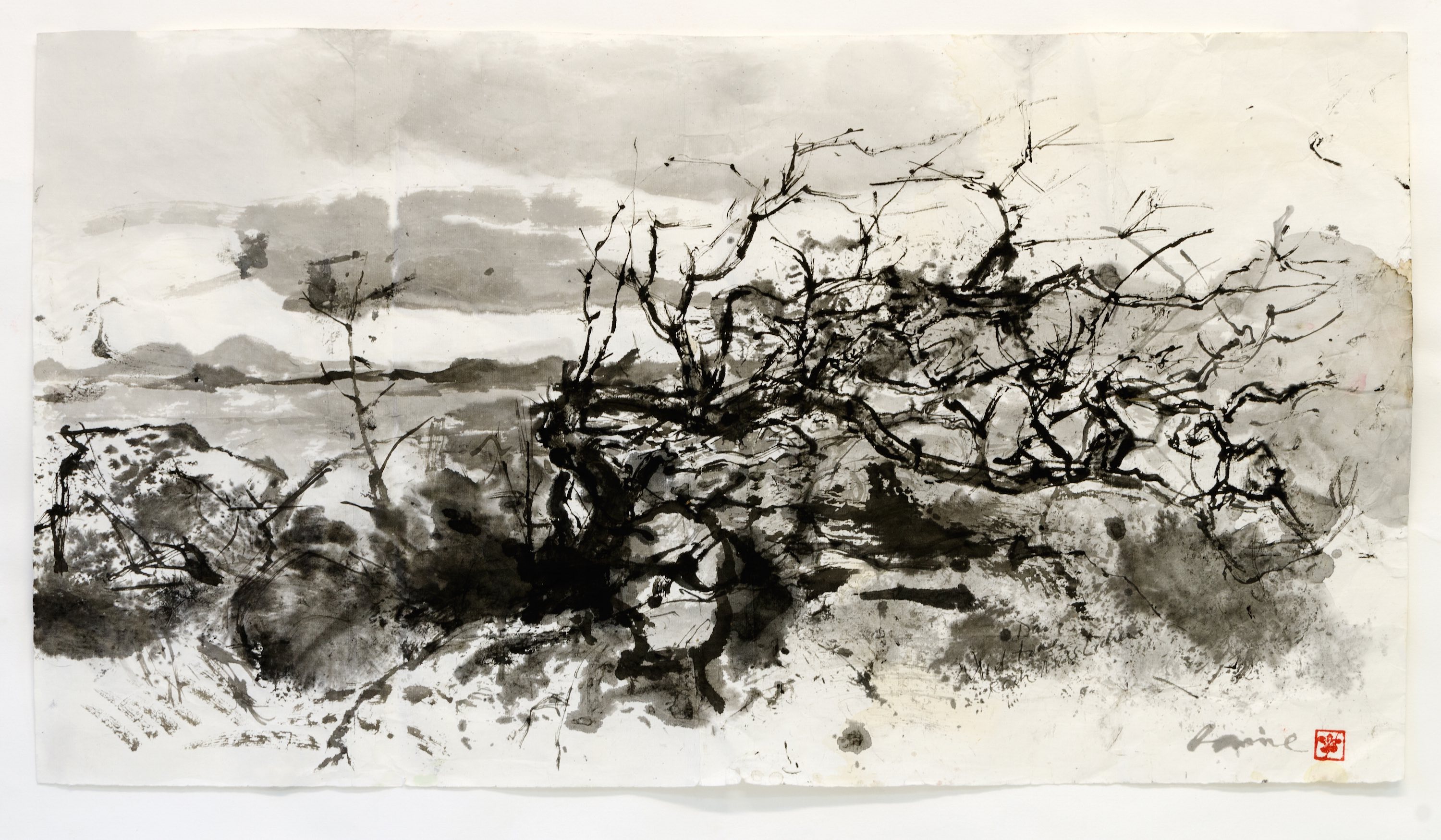 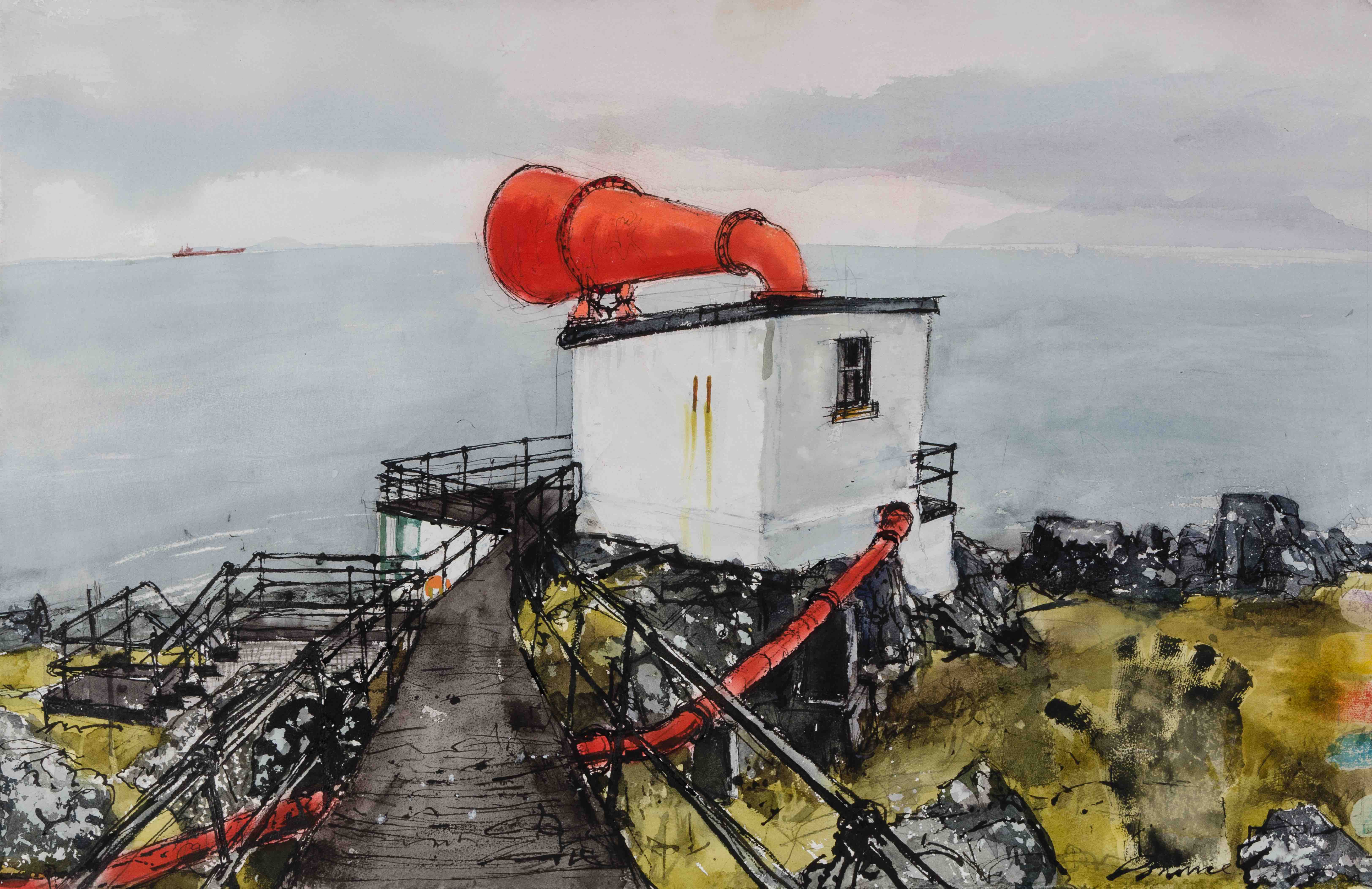