Kirsty Lorenz is a visual artist for whom flowers are a central subject, depicting them in different ways and contexts through painting, drawing, mixed media and installation. Kirsty works from her unusual studio on Platform 2, Ladybank Railway Station in Fife. Ladybank Station is a still functioning station on the line from Edinburgh to Dundee. Built c.1850 her studio rooms used to be the old station restaurant which she renovated to create the studio in 2009.

She studied at Goldsmiths College, London 1989-92, then was Hospital Arts Co-ordinator for Artlink-Edinburgh until 2001 when she returned to making her own artwork.

‘Deep in their roots all flowers hold the light’

Theodore Roethke Over the years Kirsty’s incorporation of flowers into her artwork has grown from straight portaiture to more complex compositions and ideas.

The ‘Votive Offerings’ project is an ongoing series of portrayals of Scottish wild flower posies. Since 2013 Kirsty has been making posies of wild flowers and plants around Scotland. She photographs them and then leaves them to be discovered. Back at the studio she paints or draws them. The artwork is about the act of making and leaving the posies as well as the diversity and beauty of the plants, exploring the motif of the posy as gift, or prayer, to living, the dead or the gods.

The Balmerino ‘Votive Offerings’ included in this exhibition are all posies made (and left) in early spring at Balmerino Woods on the edge of The Tay, nearby to Newport. They include Wood Anemone, Celandine, budding Chestnut, Nettle and Flowering Currant. They are all painted true to scale.

2014    'Next Steps' Award for research, development and mentoring, from Fife Contemporary Arts and Crafts (FCAC) 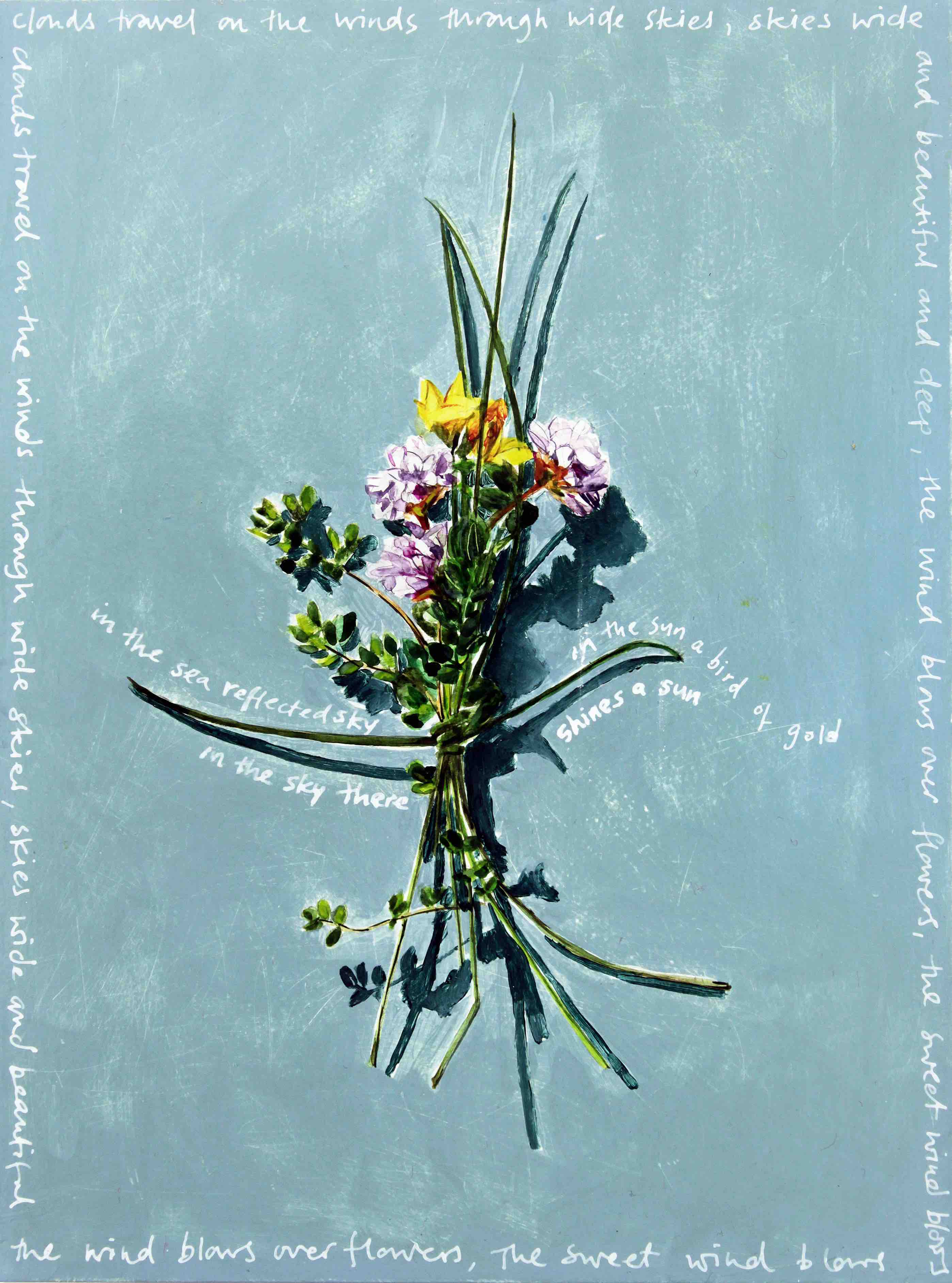 Votive Offering No. 103 -In the sun a bird of gold 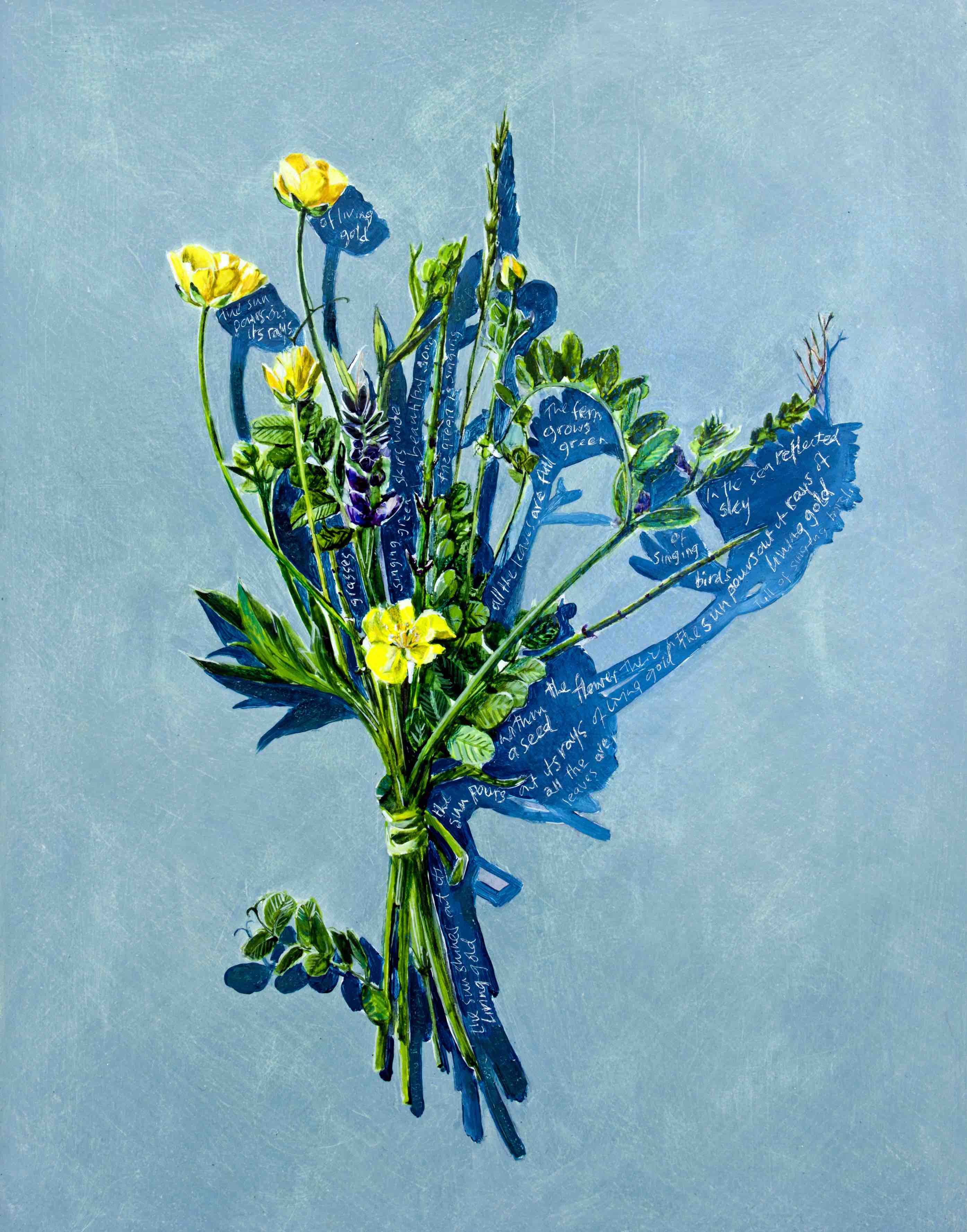 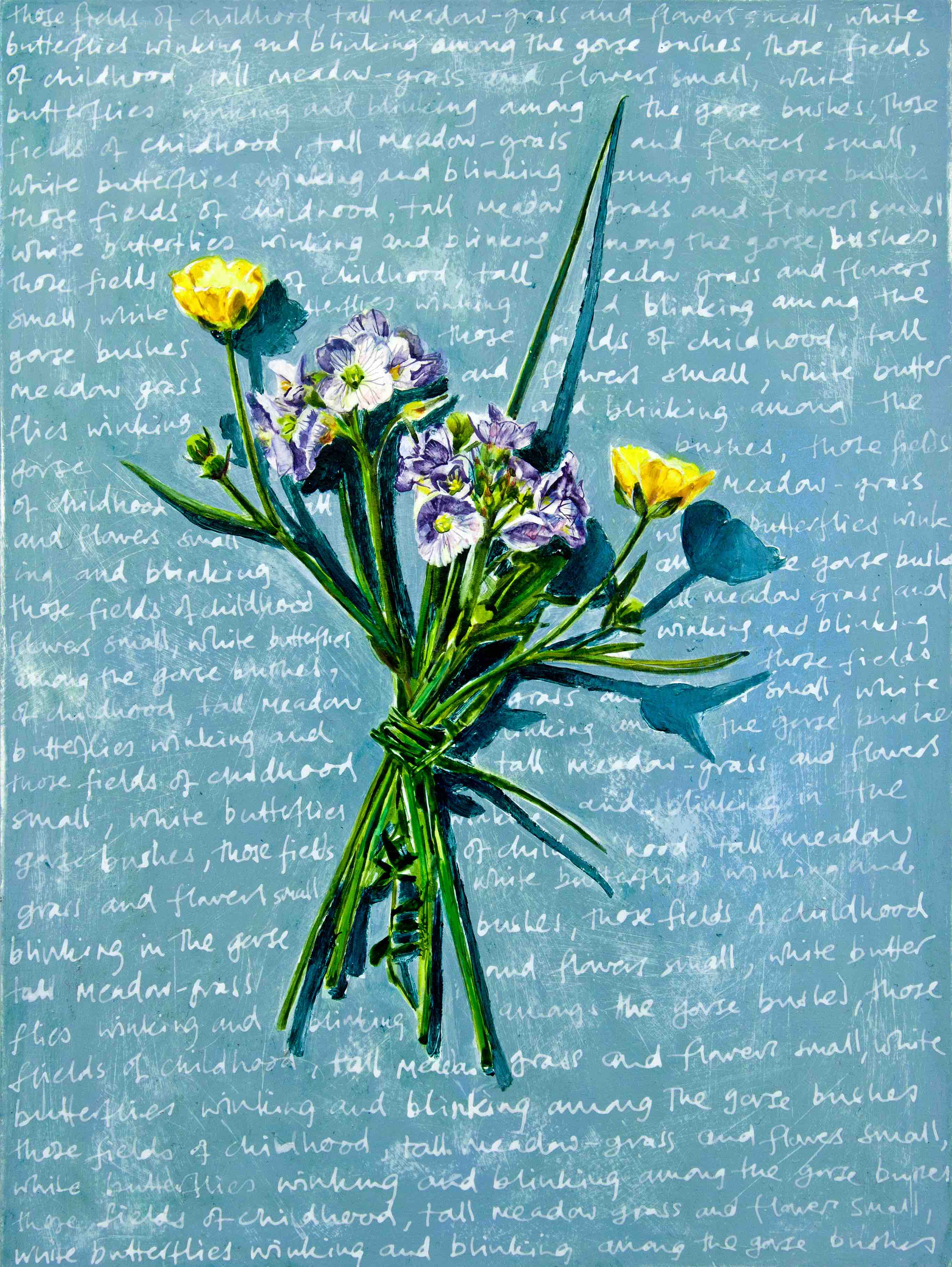 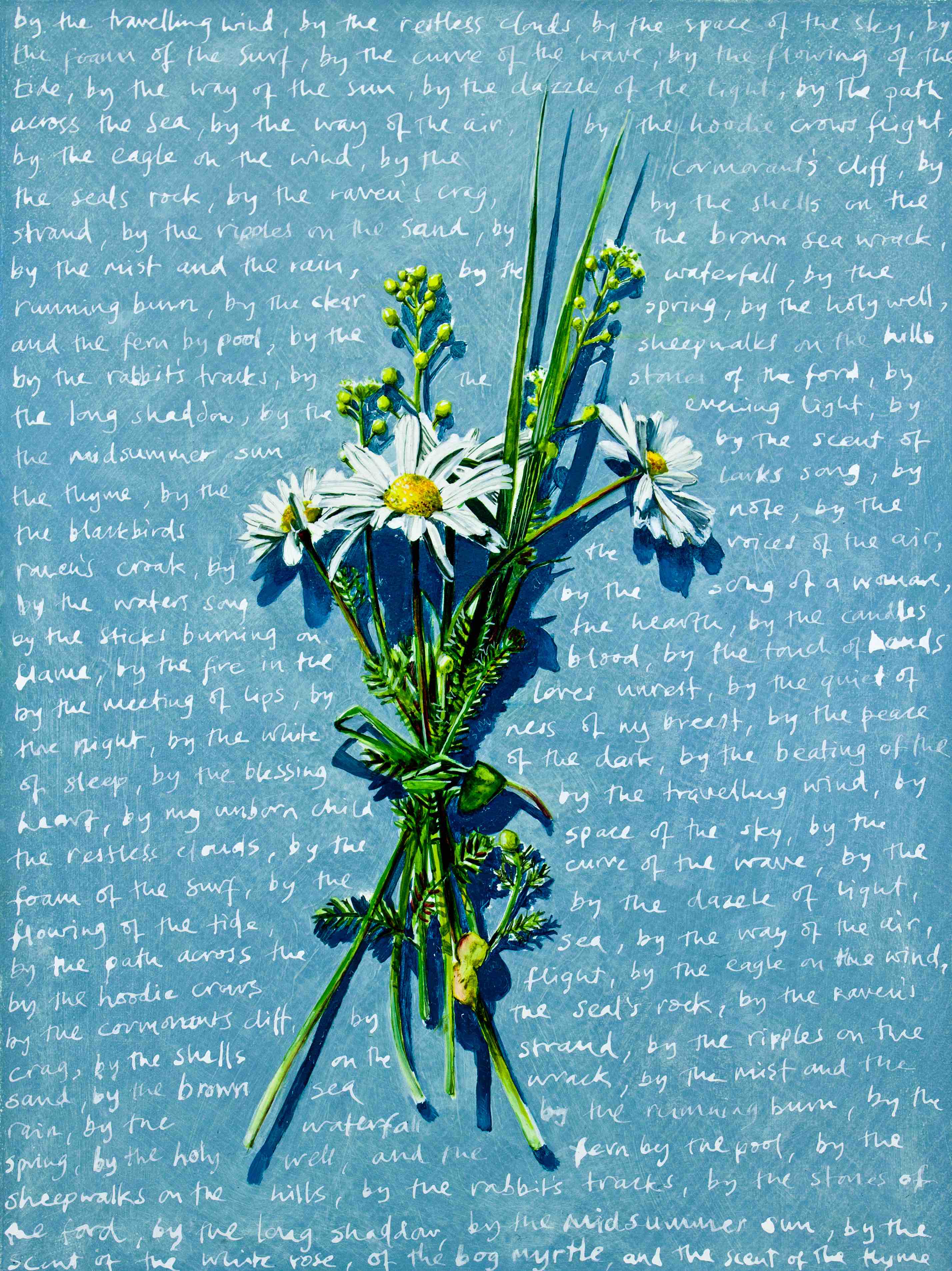 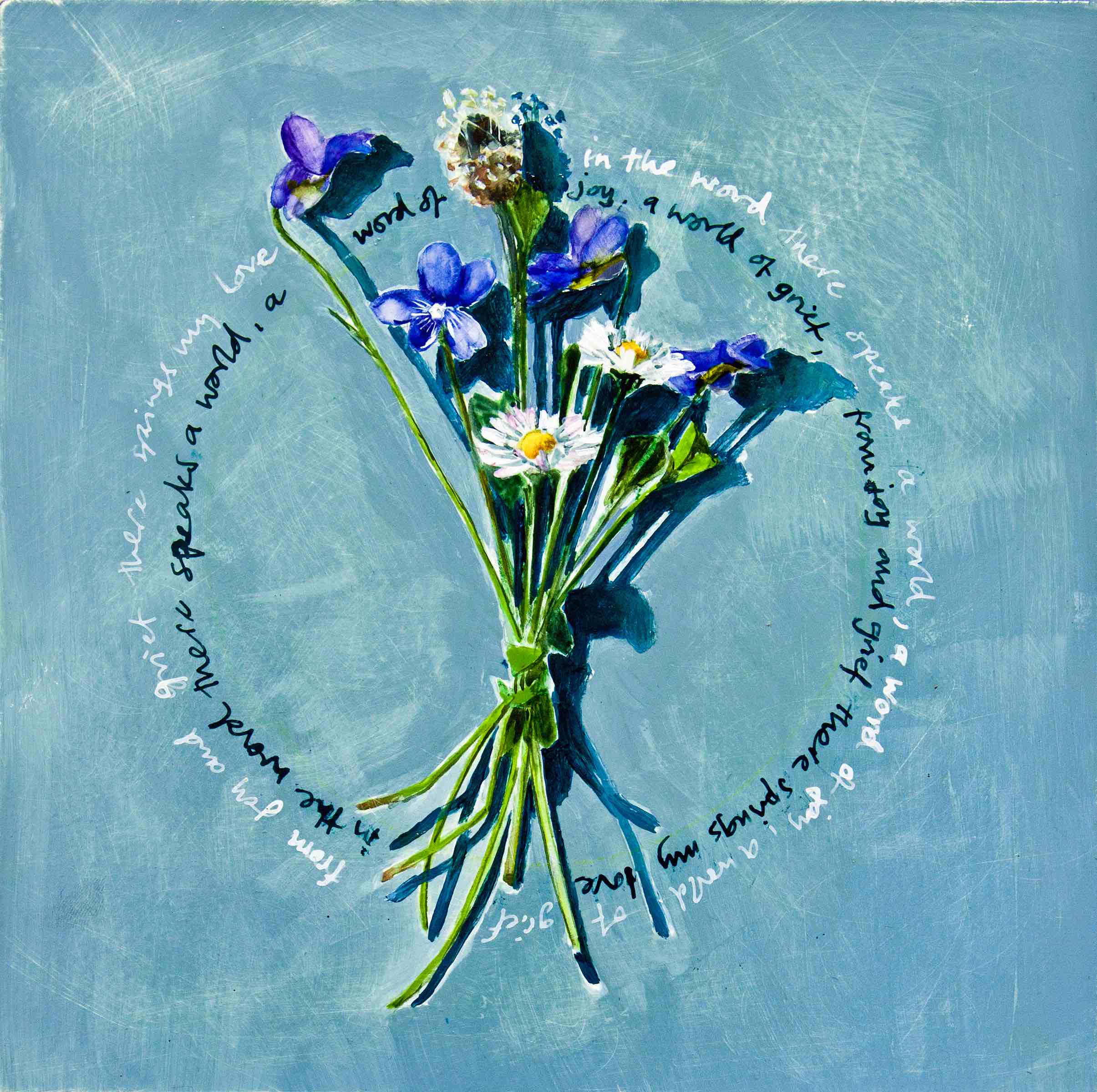 Votive Offering No.106 - Spell of Creation