Tatha Gallery is delighted to present our second exhibition entitled 'Life Cycles'  On display will be a selection of contemporary works by Royal Scottish Academicians, John Grant Clifford, Alastair Ross and Ronald Forbes. The exhibition will run from the 14th June to 25th July 2014. Lifecycles exist all around us, sometimes they are very visible and understandable but more often they are subtle and obtuse, like the lifecycle of the lumbering caterpillar to the seemingly weightless butterfly.  These three artists Grant Clifford, Alistair Ross, and Ronald Forbes bring together the very complexities and intricacies of life cycles. Interestingly they all high-light Greek and Roman mythology as having some influence over their contemporary work and yet their work is far from classical. Forbes relates his artistic practice to the modern scientific world whilst Clifford relies on his powerful understanding of the metaphysical world to formulate his ideas.  Ross, whose work might in some way be seen as taking root in the classical sculptural world, shatters this illusion by his interest in the powerful use of fragmentation to enhance the beauty of the whole. They are all acutely aware of the fragile nature of reality, Forbes showing this with his reflection of the negative space within the picture plane. It tantalisingly hints back to the Greek goddess of life cycles and her divisions between mercy and wrath, Hades and earth, light and shadow. These shadows or gaps in reality are reflected and expressed in bold solid edges by Forbes. While Clifford’s work with its bold use of colour and sinister imagery conveys this same dichotomy in an expressive manner.  His work references the symbolism that mankind has attached to the lifecycles of belief and the mind, whilst reflecting the immediacy and direct nature of paint and the human touch.  Ross, in his work uses form to highlight the perfection of imperfections.  The beauty of the pieces, are not simply related to classical anatomical gracefulness, but they are as much shaped by the medium and posture of the figure, the movement through lifecycles and the lasting effects that has on the body. All three demonstrate the endless cycle of life realising that each piece is simply a snap shot in evolution. Their works are classical pieces in a modern age influenced by the present world. 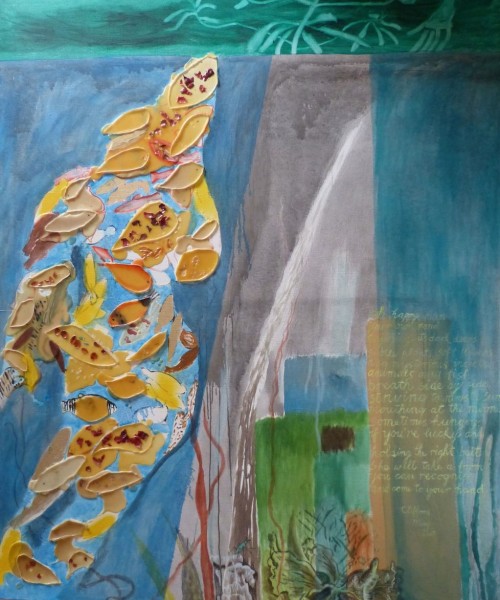 Raising the Feminine III
by

Oil and mixed media on canvas 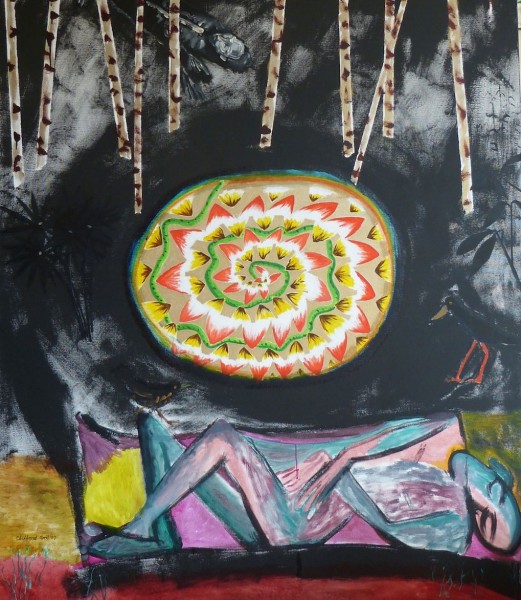 Return of the Ka II
by 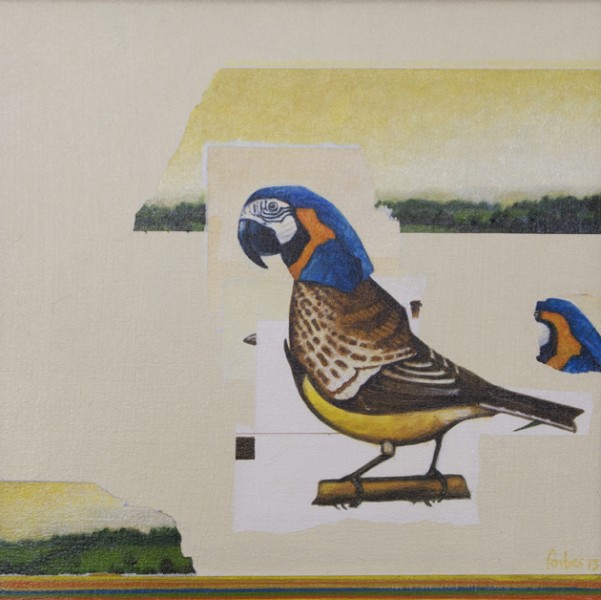 The Ornithologist’s Dream
by
Ronnie Forbes 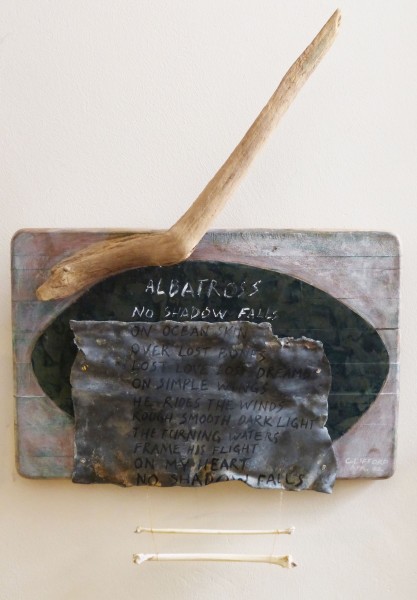